Tique | art paper asks six questions to an artist about their work and inspiration.
This week: Stijn Cole.

Since 2002 I have been gradually building up my work around the relationship between the object and its surroundings. Not the medium but the position the viewer takes, together with the importance of natural light is crucial. The way we experience color and shapes is predominantly subject to the intensity of light and the position from which the object is being watched. These science based facts allow me to play with this element in both installations and other works.

I am constantly trying to find the most essential form of purity within my works. To come to this result I use different media: from video to sculpture, from paintings to mixed media, from photography to graphic design.

My works are both figurative and abstract. I use themes such as time and landscape painting to recreate a renewed beauty translating itself in a modern form of impressionism. Every new series of works is linked to a certain period, a walk or a journey I made and that way, also documenting these events. I, as an artist, only put a filter on reality.

As a young boy I looked up to Willem Cole, my uncle who’s a meritorious artist. Before attending family reunions I always made some drawings to show him. In return he gave me some advice and commented on what I had made. At home we had some of his and Dan Van Severen’s works. The minimalistic esthetic both artists used, have influenced me ever since. Visiting several exhibitions later on, planted the seed. 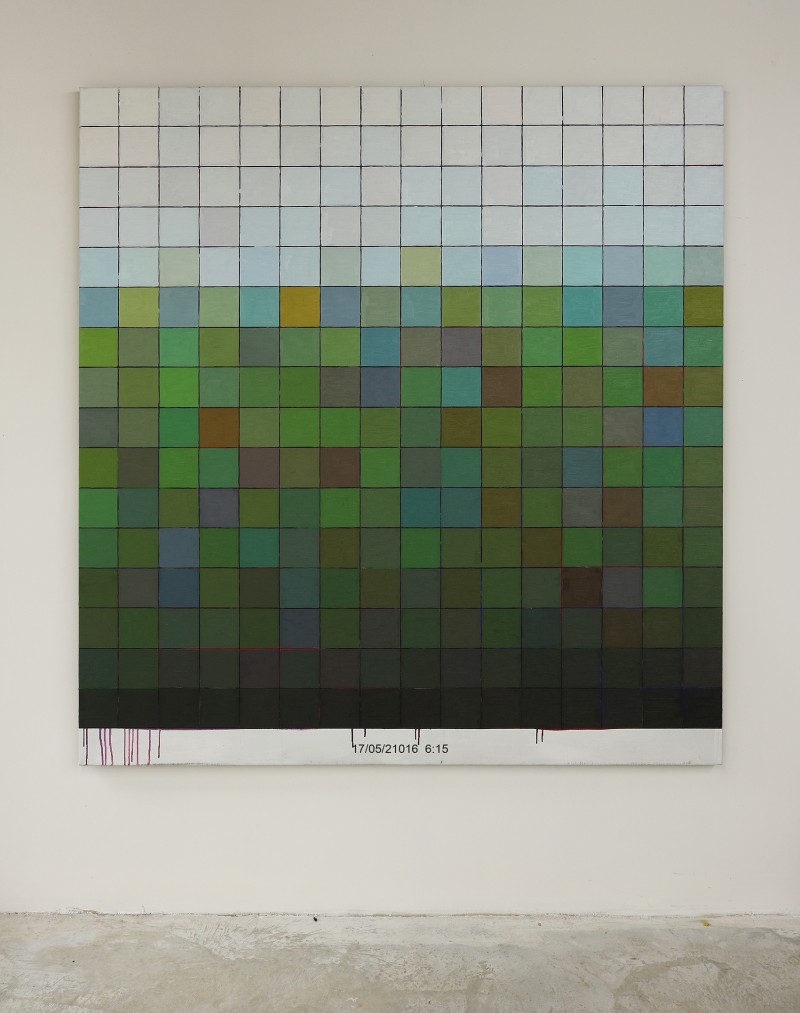 At this very moment I am working simultaneously on two series of paintings and new work for my first solo-show in Zurich. One series is destined for the Italian Institute in Brussels. The exposition is entitled ‘Halfway’. The other series for an expo called ‘EL CAMINO – The Way Between Two Points’ at LAC Narbonne.

The works for the IIC are inspired by a sunrise on May 17th at Vittel. That’s situated halfway my hometown and that of Italian artist Laura Viale. She also picked this exact landscape as inspiration for her own works.

For the LAC I am working on two large triptychs. For these altar pieces I travelled the Camino, the legendary routes towards Santiago de Compostella. I made my way to Finistère, France, first. From there on I travelled from the end of the world along the coastline towards Fisterra in Spain – the second end of the world on this trip.
The two triptychs are based on the view from both landmarks. 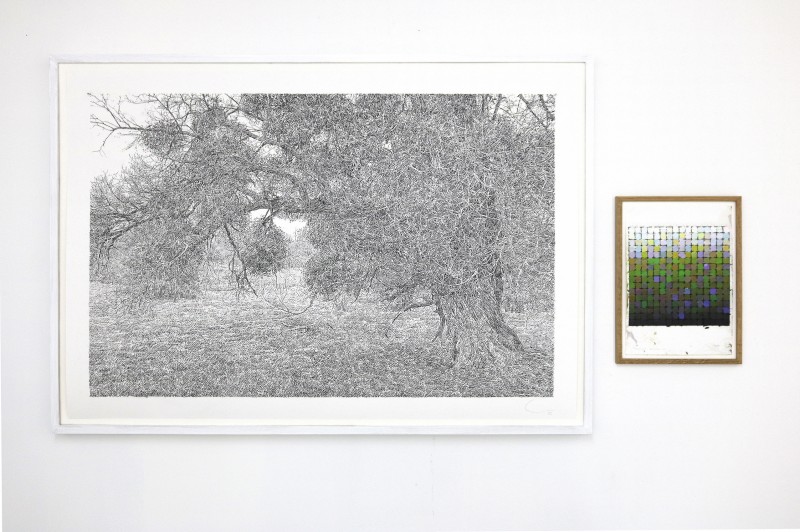 Last October I was a guest at Fonderie Darling in Montréal. Nicolas Lachance, a Canadian artist, had his artist’s residence beneath my studio.
His works have really charmed me. He prints enlarged images through carbon on canvas. The subject of his prints are pictures of compositions rasterized by Nicolas to bring them back to abstraction.
His work embodies both painting, graphic design and photography. His work will by on show at Gallery Van De Weghe in Antwerp next January. 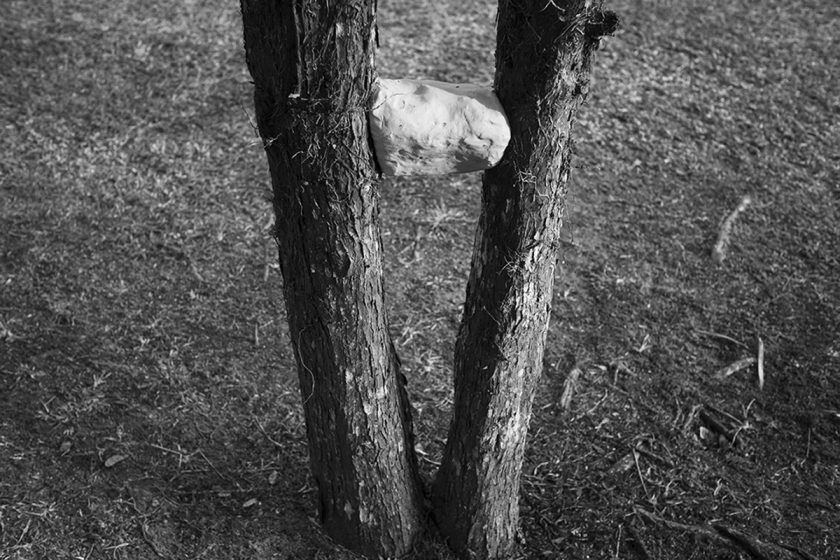 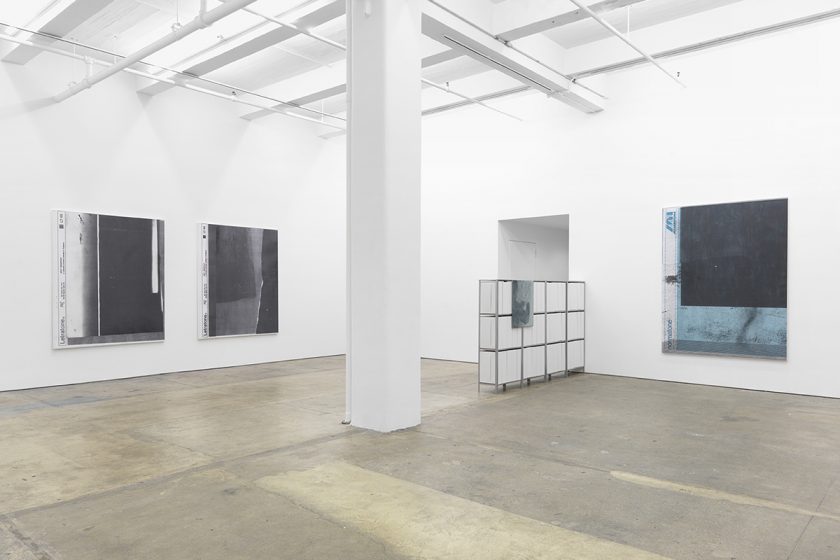 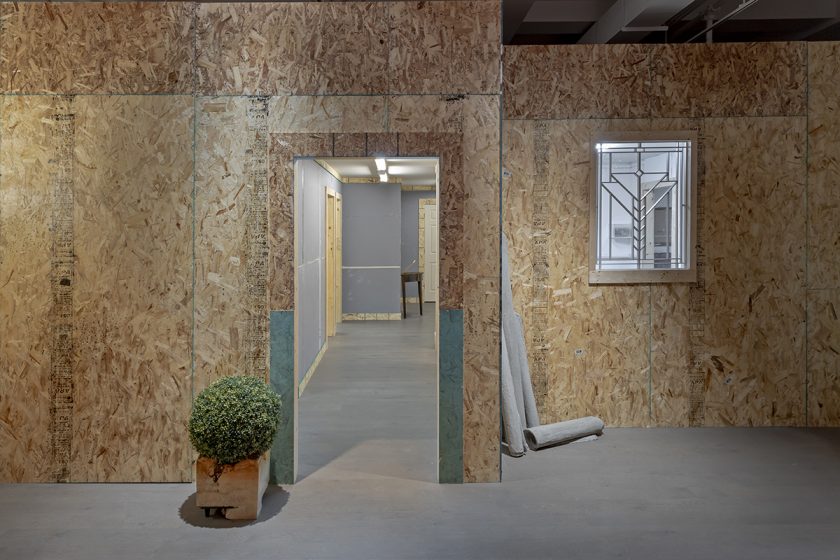 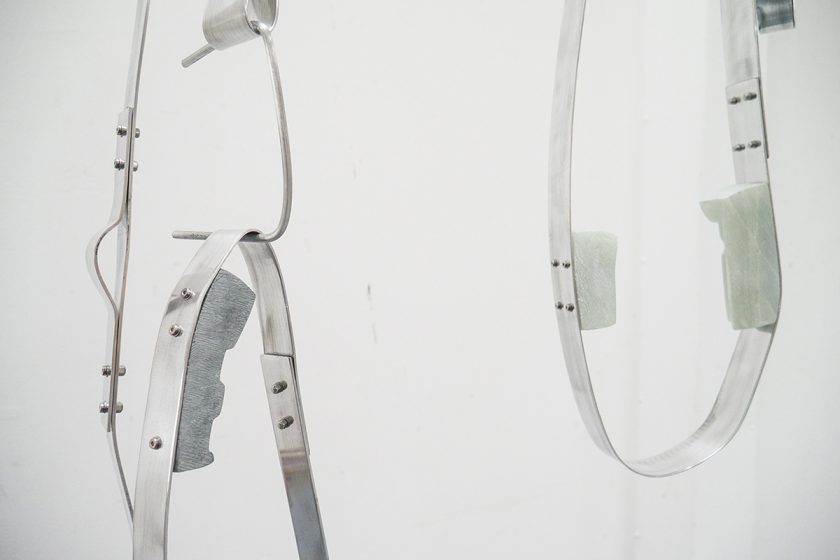