Tique asks six questions to an artist about their work and inspiration.
This week: Nicola Arthen .

I make installations and time-based works – sound pieces and videos – that often reflect on designed environments. I focus on unexpected encounters in systems of standardisation – the trace of an individual’s hand or personal considerations in a serial product, for example a makeshift, cobbled-up water-meter, a rhythmic assembly line choreography to cope with the machines’ pace or a hesitation in a computer-generated voice. When translating these encounters, it’s often like making a peripheral object the protagonist. The process to reproduce these objects often involves the expertise of, and sometimes a direct collaboration with, someone else.

Increasingly more, the dilemma that occurs in things entering an art space, this negotiation between site and experience. The translation of an encounter made outside an institution into an art space while keeping some of the initial ambiguity of that encounter.

Recently, I found hundreds of meticulously shaped building-blocks scattered in the landscape of a national park after investigating a story told in our family. It was such a serendipitous encounter to discover them as they lay sunken in a heath, without any plaque or indication on a map – appearing forgotten. This absence of display or signs opened a lot of space for wondering.

In an art space, I find these moments are rare, as per definition its contents are rendered artworks. Therefore, I try to translate such encounters into the gallery space by inducing them into the trope of the infrastructural – objects which disguise themselves as belonging to another realm than that of the presented work, such as the building’s pipe work, room dividers or a not yet picked up delivery.

I feel lucky that my parents took me to exhibitions from a young age because art as practice and discourse was part of their life. And this certainly has allowed me to think of art as an occupation to make sense of my surrounding. This was in Germany in the 90s and many shows took place in impressive, run-down, post-industrial spaces, layered with stories.

I recently found such an early moment on a DV-tape showing what I believe is an exhibition of Ellsworth Kelly’s paintings. In it, I don’t seem to be particularly interested in the works at that moment, but rather in crossing the large gallery spaces in a particular way. However, when I saw Kelly’s work twenty years later, I had this strong sense of familiarity that gave this particularly warm feeling. I certainly also have a weak spot for industrial spaces, too.

On an apparent level, I am often employing different, novel production techniques and materials that are associated to productions of industrial scale or which are affiliated to a particular business, for example bespoke packaging or technologies of visualisation in cars. I am feeling awake when diving into new methods of making and reflecting their impact on a larger scale.

On an emotional level, I would also say that I am working regularly with things that I perceive rather as negative, like when working with the materials of the delivery industry, the threat of gentrification or surveillance technologies. The

This is a really nice question and a great one to ask to anyone that wishes to make a work. Personally, I need a sense of site to begin with – whether that’s familiarising myself with a physical exhibition space, or a community of people that the work is created with. The certainty of funding or availability of materials are crucial to allow focus as well since they take off the stress deriving from existential worries. I will also say that for me working (alone) in the studio is for the majority of time dreadful and there are very few moments, usually a few weeks before a show in which things sort of come together (often from different sites and techniques of production) and this is the fun part and the ripening of the fruits of a research begun months prior. I am trying to think of the studio more and more as a rehearsal space (knowledge) rather than a site for producing finished objects (value).

The Mohamed Bourouissa show at CCA Goldsmiths was great. He is very good in creating powerful imagery (whether that’s a rap video filmed entirely with the machine protagonists in a coin production site or a group of Black horseman in the city of Philadelphia), but I was equally intrigued by the sensitivity in his work that speaks of the availability he has to the communities he works with – partially his own community. You want to fully trust him, when seeing his friends and family in precarious settings, but then shown in a white cube. 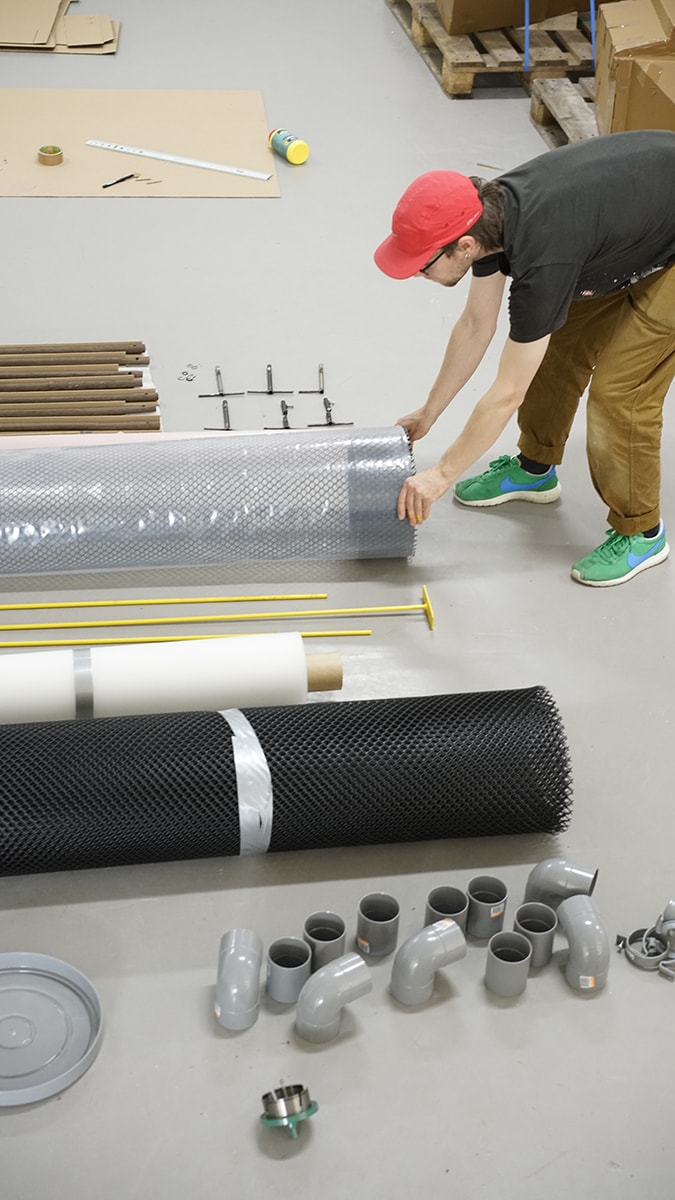