Tique | art paper asks six questions to an artist about their work and inspiration.
This week: Alejandro Leonhardt.

How do you describe you own art practice?

My practice can be understood as the desire to revert the condition of waste through sculpture and installations. An exercise based on observation, selection and manipulation of material I gather from the environment. It’s a way to inhabit, a constant rhythm that’s interrupted by occurrences and waste that push me into experimenting with new interpretative breaches for what already exists.

Questions change since there’s always a contextual variable that, being applied, singularizes the type of waste and, therefore, it’s problems. Nevertheless, there’s always an elemental impulse: to generate new meaning with objects whose associated language is in no way a synonym of beauty. The purpose is that this impulse will affect the spectator, that it will summon an experience that will question how the environment is inhabited and observed by this spectator.

One of the first I can recall happened when I was 7 years old. It was a Sunday and I had been asked in school to make a sculpture with unconventional materials. I asked my father for help, since I hadn’t done anything and I had to present it on the next day. We went outside and he asked: What do you like the most? I chose an antenna that had been recently built on a hill. Then he asked: What materials do we have to build an antenna? My backyard back then was filled with firewood to warm ourselves in the winter, so I said: firewood. That’s how we built an antenna with pieces of firewood. We managed to create an inaccurate tower of sticks glued together.

What is your greatest source if inspiration?

I tend to avoid the word inspiration since it’s very closely linked with another one: revelation. A word that is usually employed on a religious context. In this sense, I’d rather say “source of study”, and that is day-to-day experience. I mean the temporal development in which I summon conscious encounters motivated by the will of entering the unknown through what seems more familiar.

As I mentioned, each work implies a singular process, therefore the material needs can vary a lot. Even so, the base process for these needs is guided by the mood and by the conviction that there is no work I could be doing that would make me feel more excited. 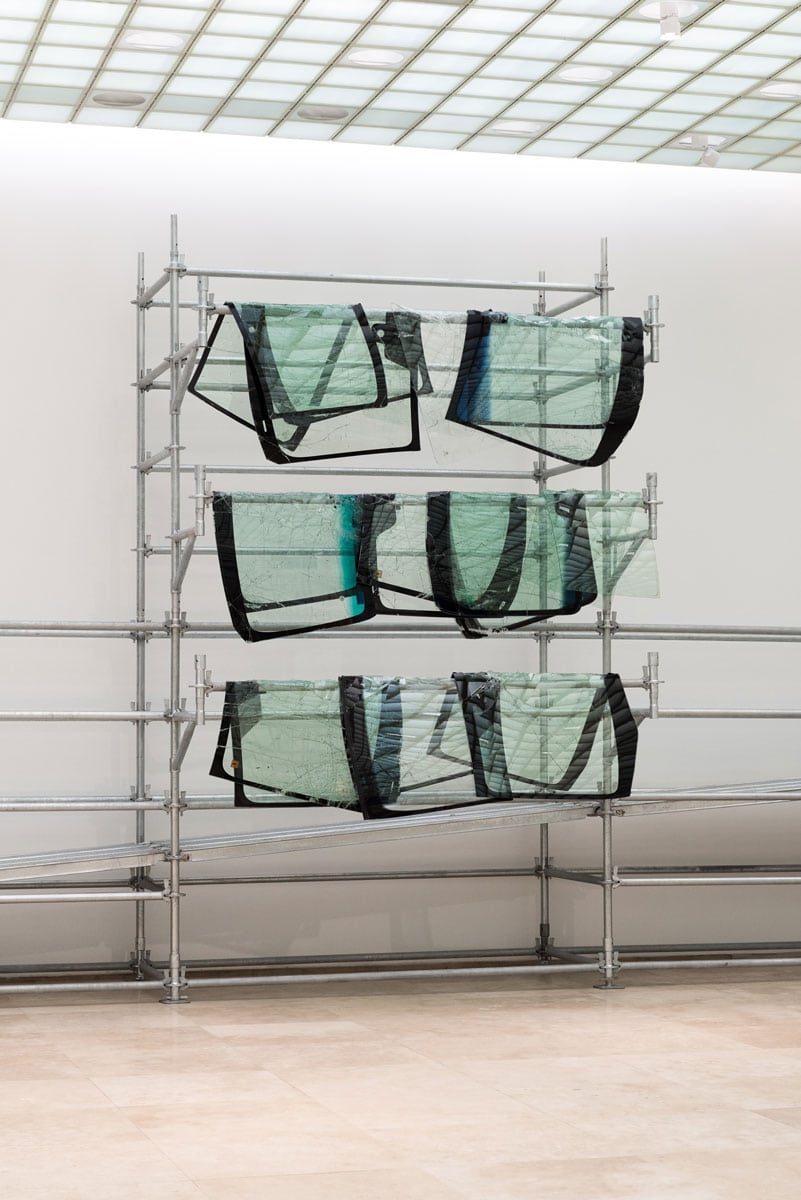 What work by an artist has most recently surprised you?

The first thing that comes to mind is not the work of a visual artist, but of a Chilean musician called Tiare Galaz. Under the name “Niña Tormenta” she released a luminous album called “Loza.” It’s a group of songs on which through an ukulele and minimal instrumentation she conducts states of cold and warm emotions. The truth is I feel closer to artists that have emotional consequences through minimal decisions, and I think that “Niña Tormenta” does is with the grace of those who are busy playing.