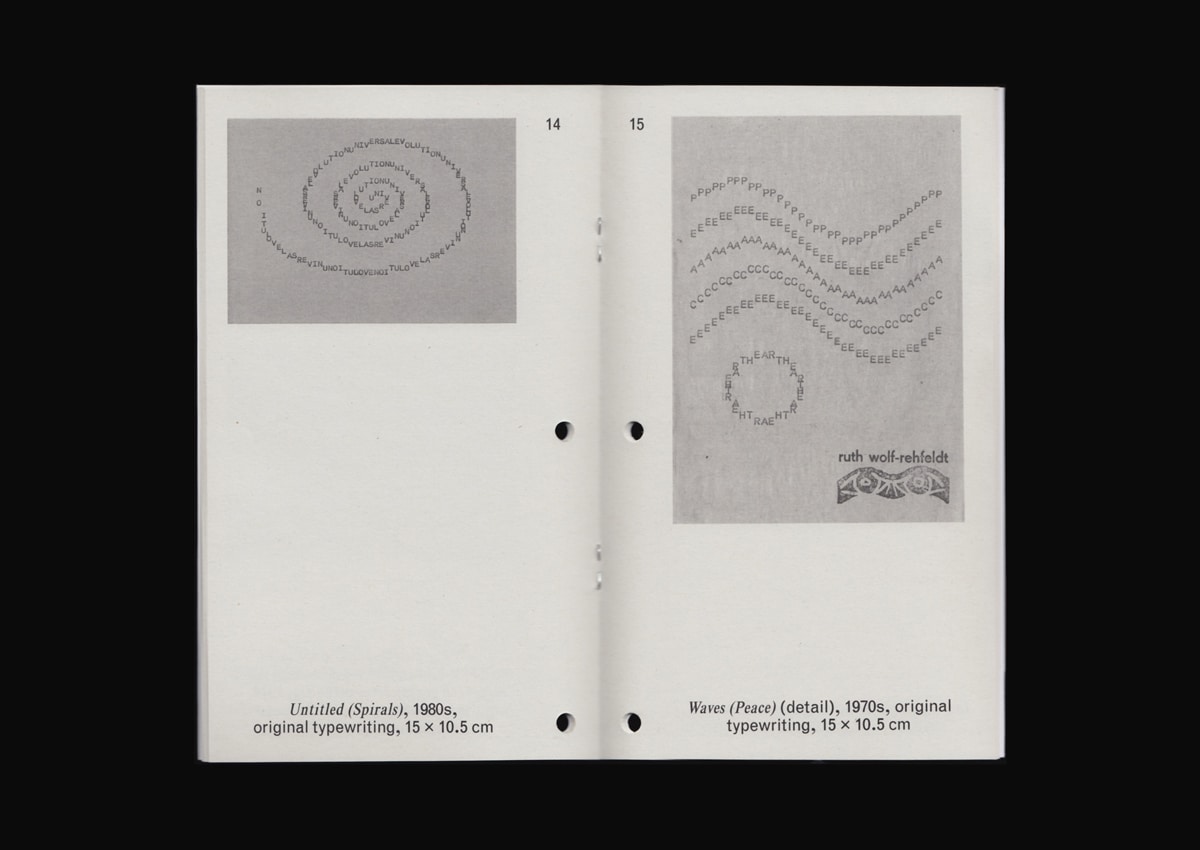 During her time working as an administrator for the German Democratic Republic from the 1970s to 1990, Ruth made a series of typewriter drawings in secret while on the job. She initially circulated these works through the post, becoming a key contributor to the genre of mail art and also managing to evade the all-seeing eye of cultural censorship in East Germany through sneaking her work across the border with the help of a stamp. 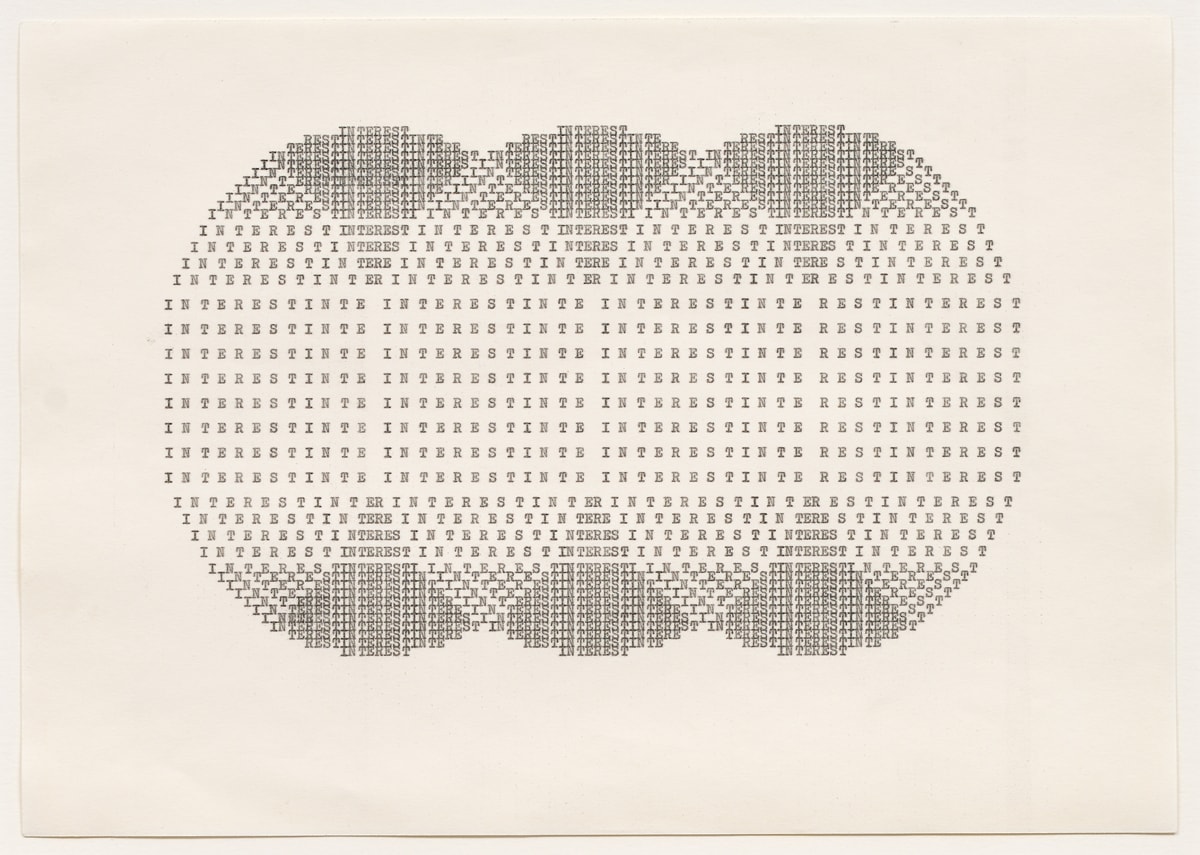 The selection of ‘typewritings’ in this publication evidence the affect of living under heavy surveillance, yet also illustrate the poetic play possible in the forms generated by language itself. 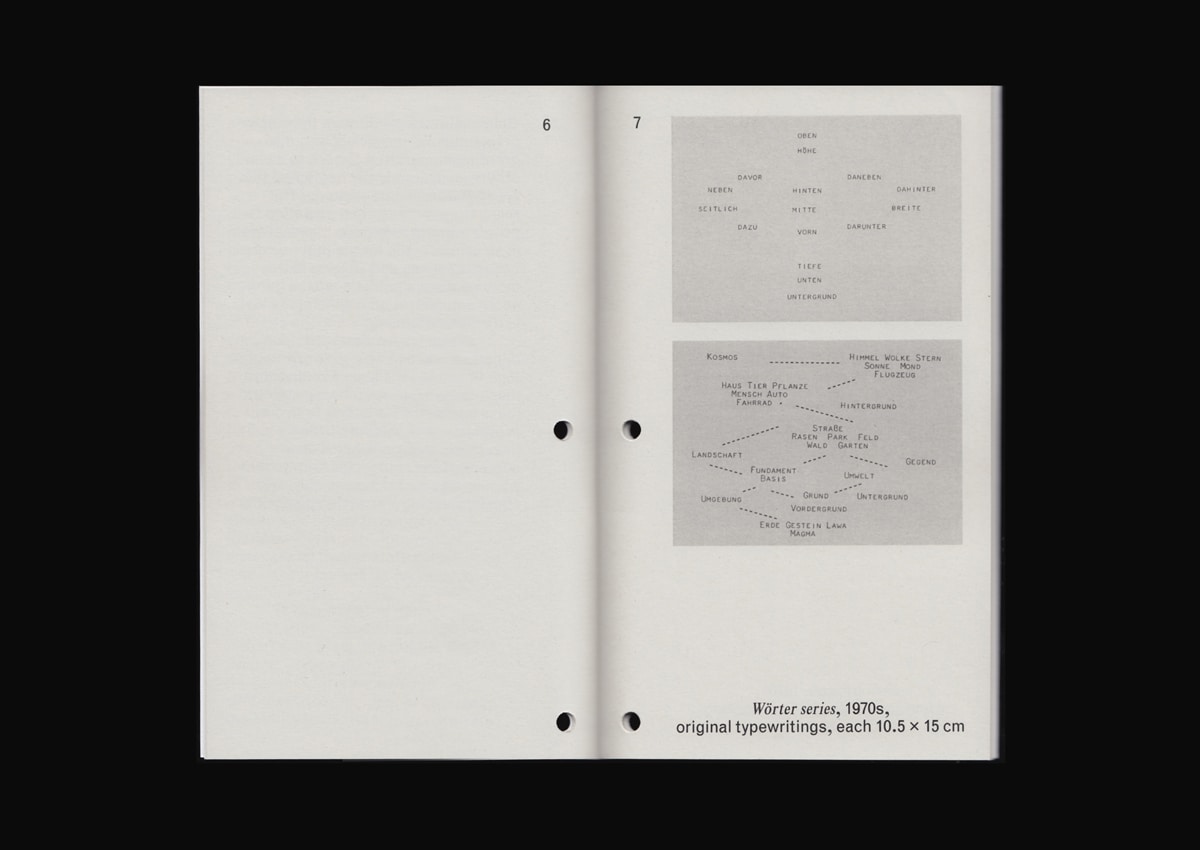 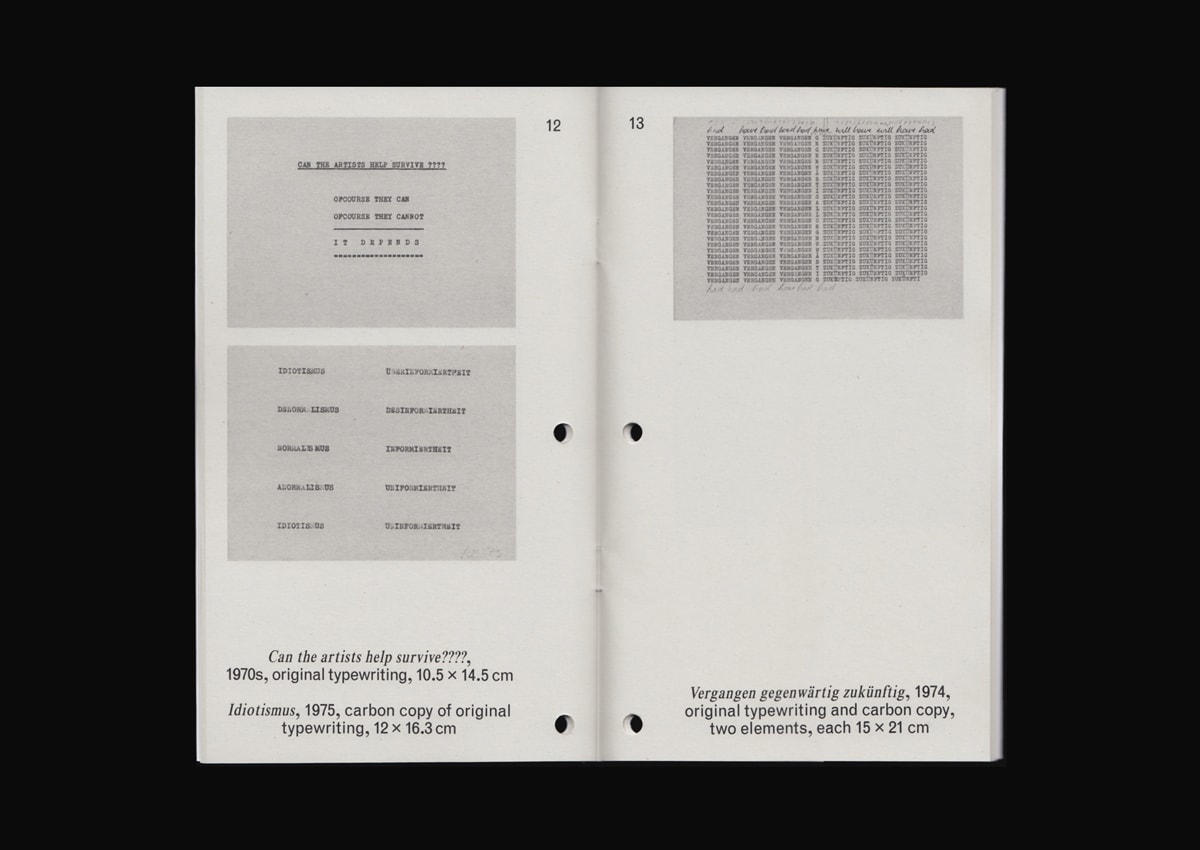 The title marks the beginning of a line of exploration that will be woven throughout the imprint, which shines light on the suppression of (gendered) expression via mechanisms such as administration and securitisation. By doing so, the series hopes to give attention to practices that, in small and incremental ways, manage to resist this expectation to perform. 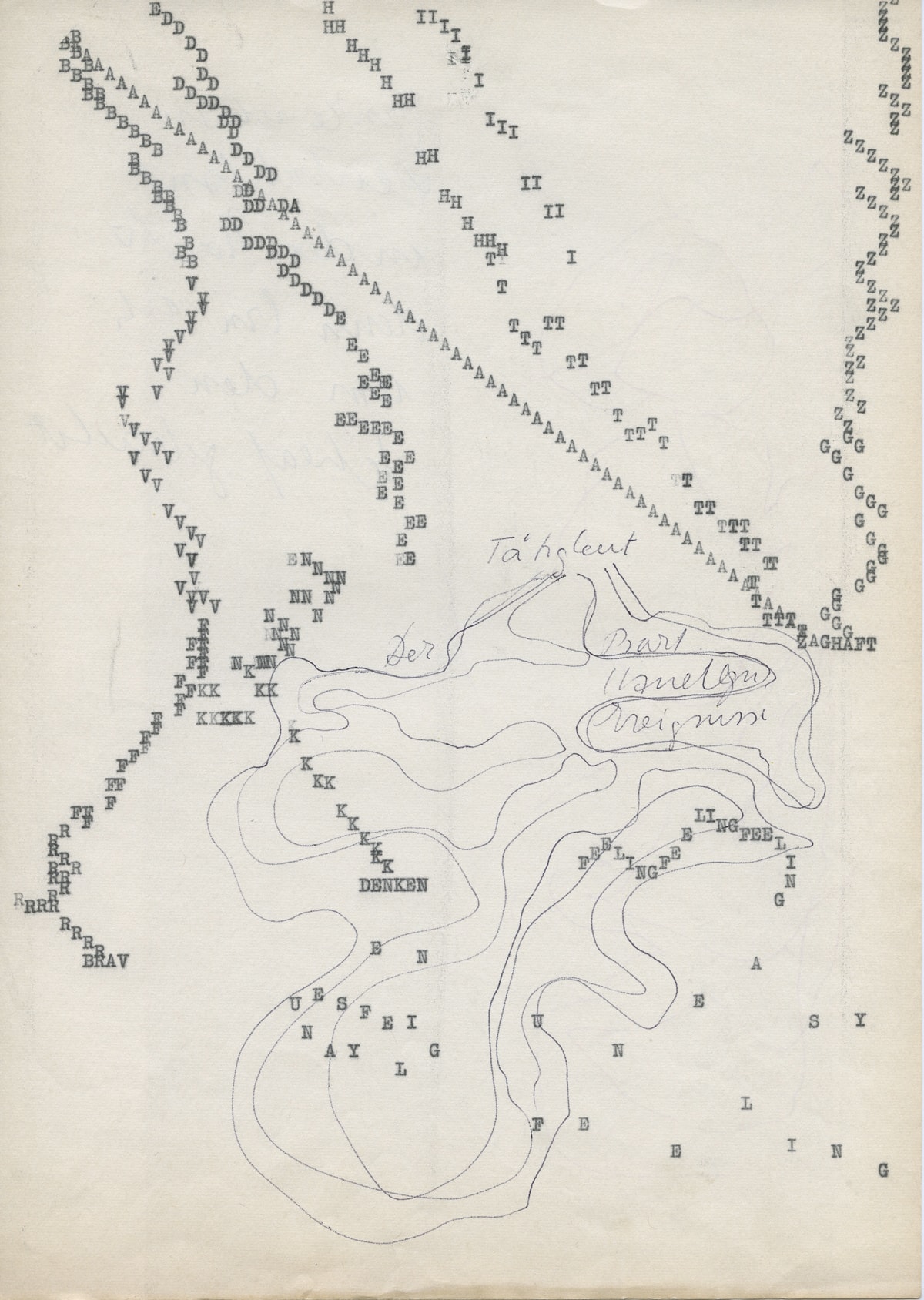 Unbidden Tongues is an imprint of Publication Studio Rotterdam, edited by Isabelle Sully and designed by Matt Hinkley. It focuses on publishing previously produced yet relatively uncirculated work by cultural practitioners busy with questions relating to civility and civic life — particularly so in relation to language. In order to aid with this aim of increased circulation, an important part of the imprint is the design of the publications, which has been devised to keep labour efforts low (in line with Publication Studio’s handmade print-on-demand model) and costs affordable through all titles being black-and-white and staple bound. 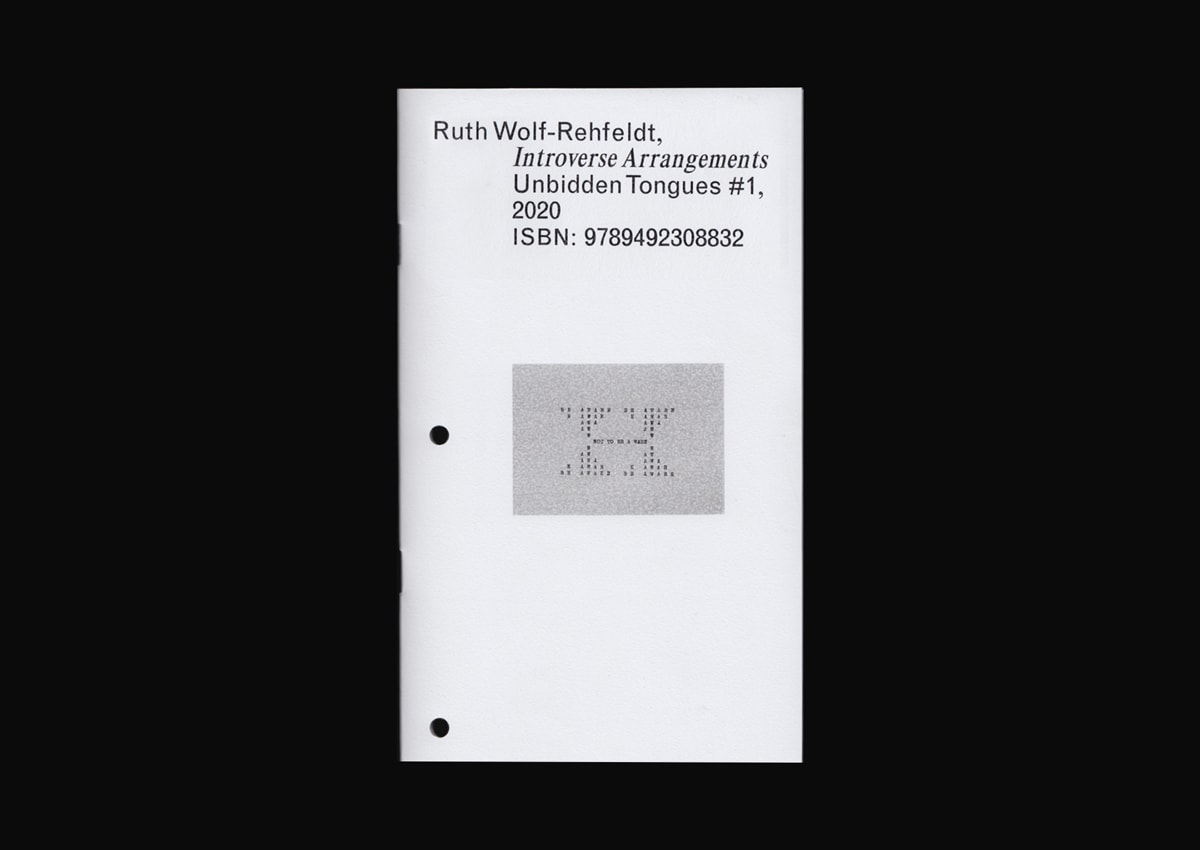