“Born in Flames poses the question of whether oppression against women will be eliminated under any kind of social system. … It is a fantasy presenting a group of women who, confronted with the very ‚ordinary‘ oppression women have been experiencing for decades, refuse to take it any longer and become armed fighters against the government.” — Lizzie Bordon in Heresies no. 16, 1983 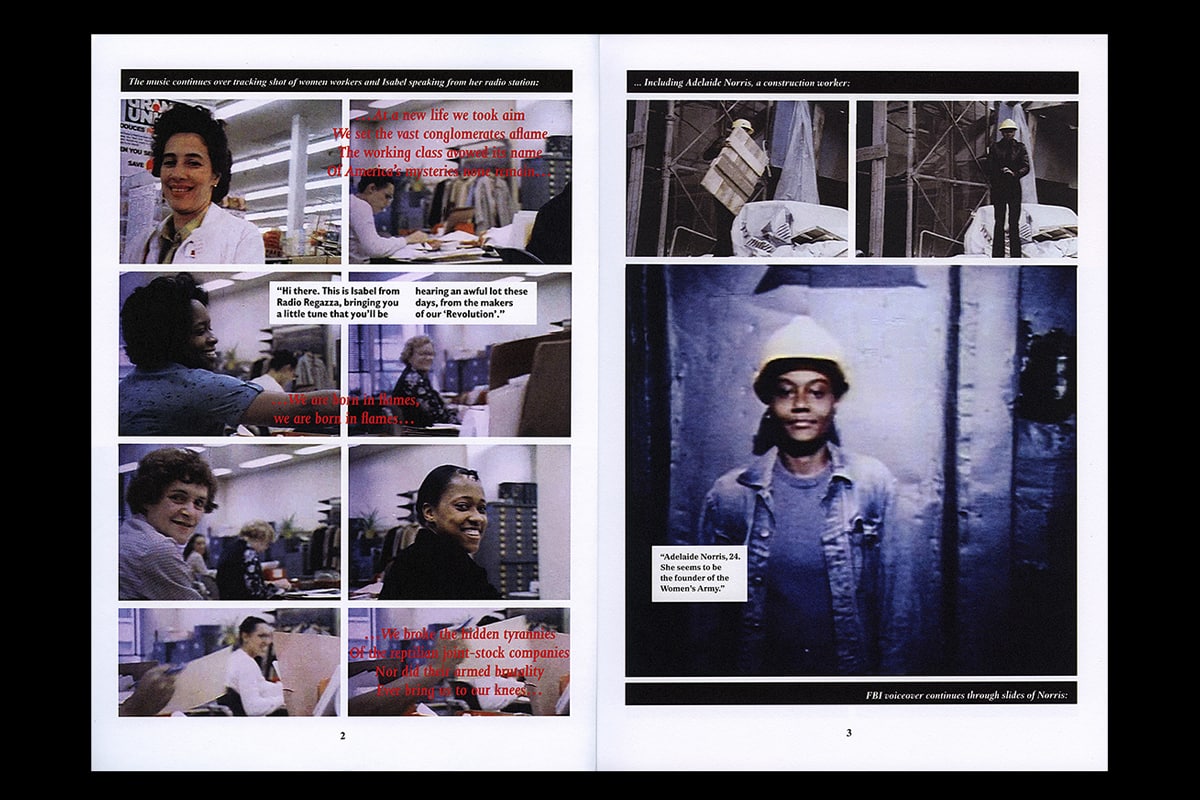 Born in Flames – the publication – is the complete authorised graphic translation of Lizzie Borden’s mythical 1983 film Born in Flames.

Kaisa Lassinaro’s post-facto screenplay captures all the political energy and visual brilliance of Borden’s film, which describes a futuristic society (eerily similar to our own) where the achievements of a past revolution are threatened by reactionary sexist forces. 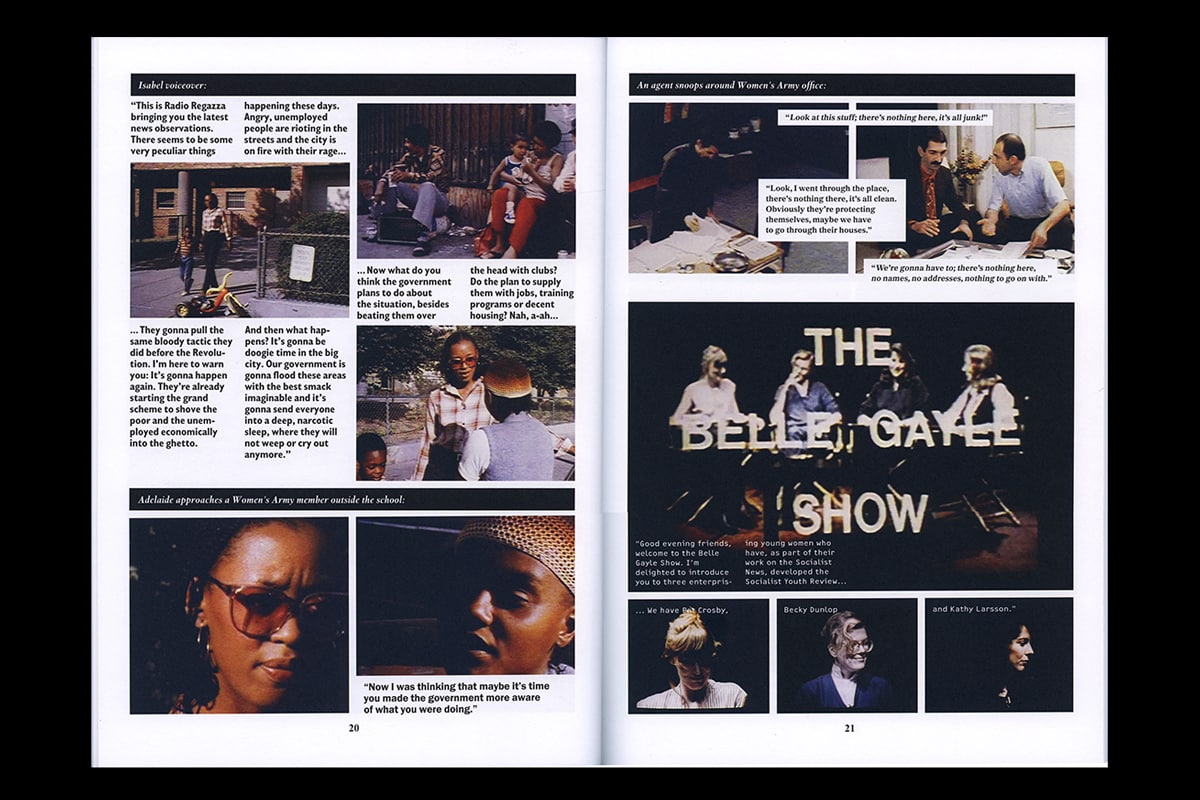 The published version of Born in Flames allows for a frame-by-frame analysis of the film’s complex plot and soundtrack, with songs by The Bloods and Red Crayola. Included is an interview with Borden conducted by Lassinaro, in which the filmmaker looks back on the making of her film. 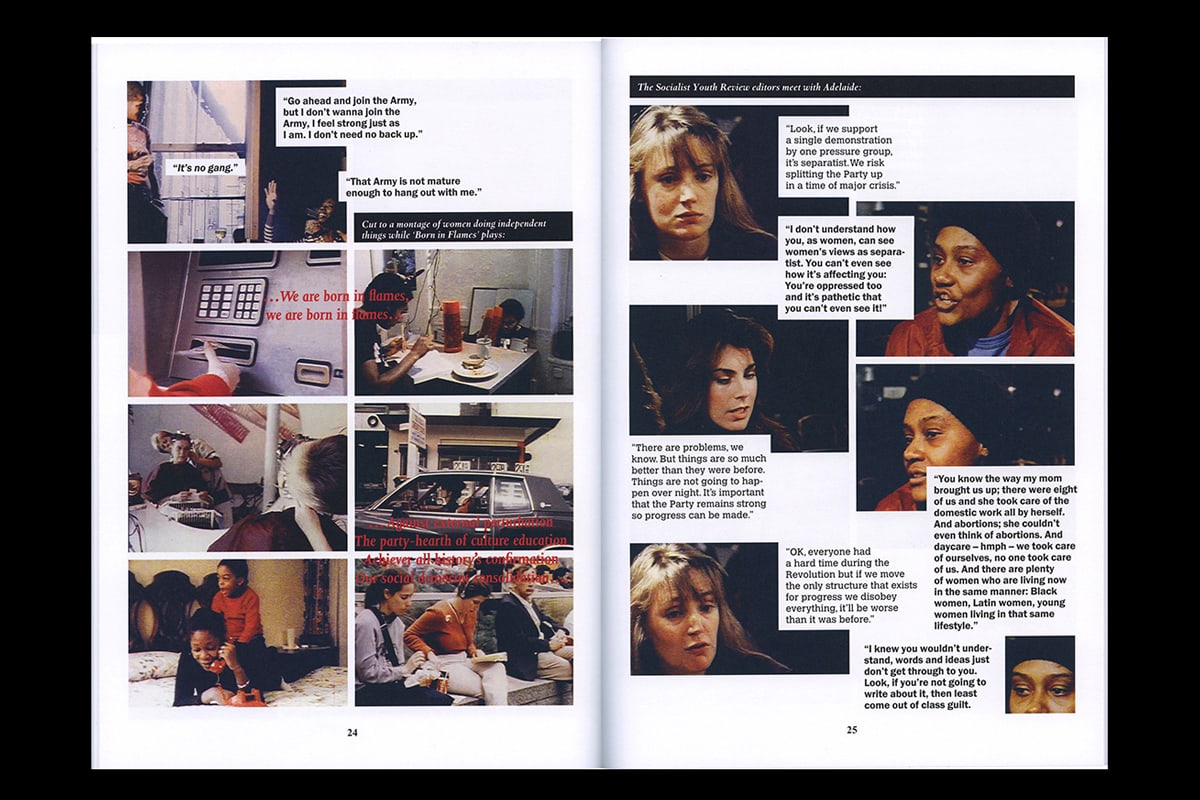 More information and a look inside the publication is granted at the publisher’s website.

Occasional Papers is  a non-profit publisher of affordable books devoted to the histories of architecture, art, design, film and literature. Founded in 2008 by Sara De Bondt and Antony Hudek. 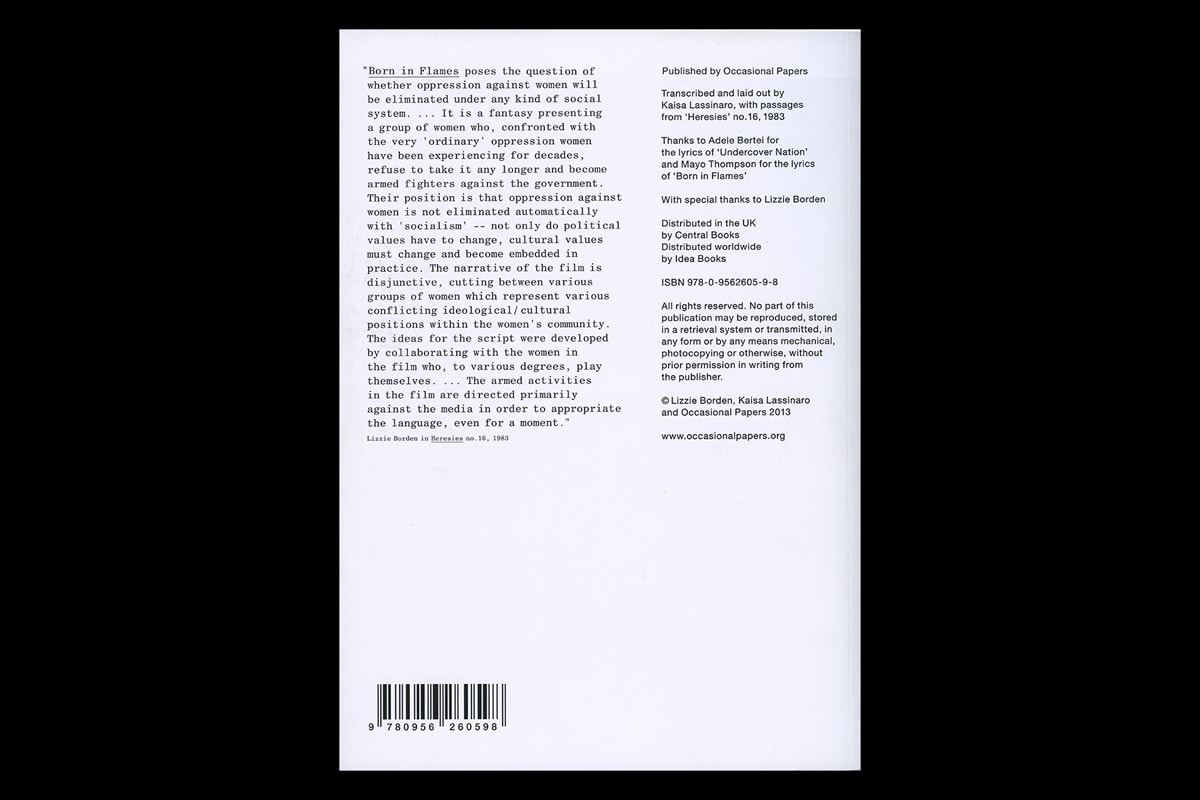