This Formless Thing alludes to materials and artificial substances from which images are made, like celluloid, photosensitive emulsion, and pigments. Around a series of five thematically complementing works by Alexandra Navratil, seven text contributions where written by Jennifer Burris, Simona Ciuccio, Natasha Ginwala, Esther Leslie, Matthew Solomon, Jelena Rakin, and Mirjam Varadinis. 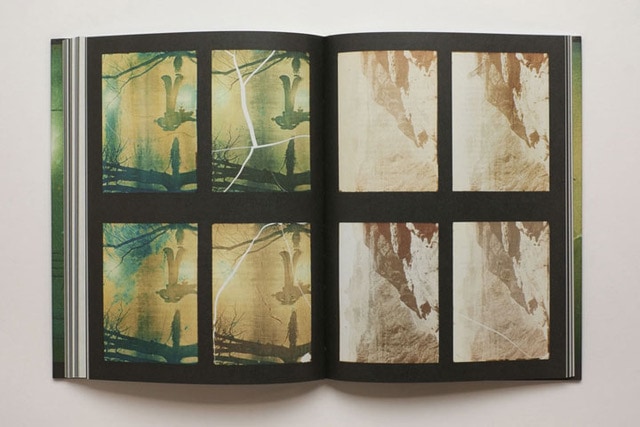 Sample Frames, 324 slides, 4 caroussel slide projectors, synchronizer, 2012
The slides are reproductions of nitrate film stills documented and selected from Kodak Tinting and Toning guides (1916-1927), found in archives in the Nederlands UK, Italy and the US. The film stills in the guides have all changed differently due to the transience of the nitrate and depending on their storage conditions over the last 80-100 years, resulting in various versions of the same motives. All the selected motives show landscapes. 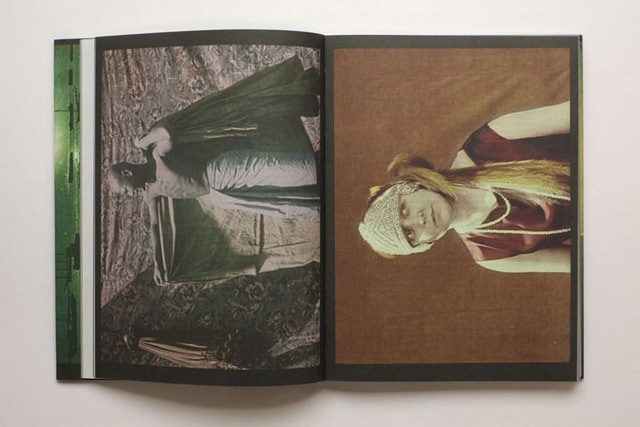 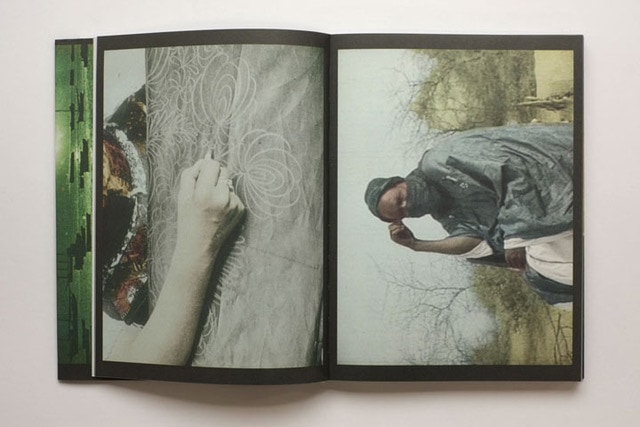 Views (This Formless Thing), 16 mm film, colour/ no sound, 9:35 min, 2013
The 16 mm film consists of many assembled black and white film fragments from the beginning of the 20th Century, showing scenes from travelogues (so-called exotic views) and fashion shows, in which the depicted textiles are stencil-coloured with aniline dyes, the first synthetic dyes, which revolutionized the textile industry and replaced the former natural and often colonial pigments. 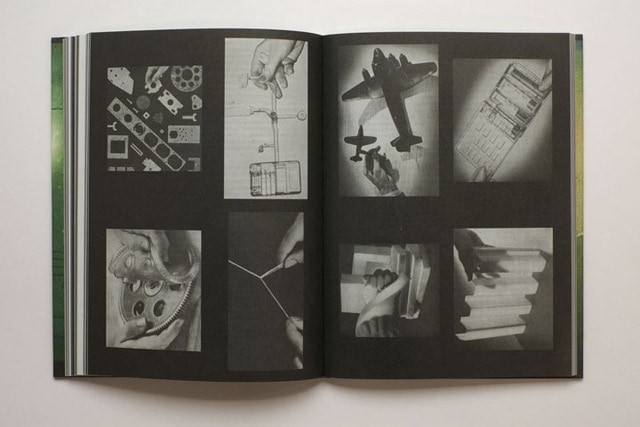 Modern Magic, 162 slides, 2 caroussel slide projectors, 2 faders, 2013
The images for the slide-projection installation stem from the American industry magazine Modern Plastics (1930-1970). In the installation the found images are ordered into two groups, one consisting of hands showing new plastic commodities and the other one of hands manipulating the new synthetic materials. 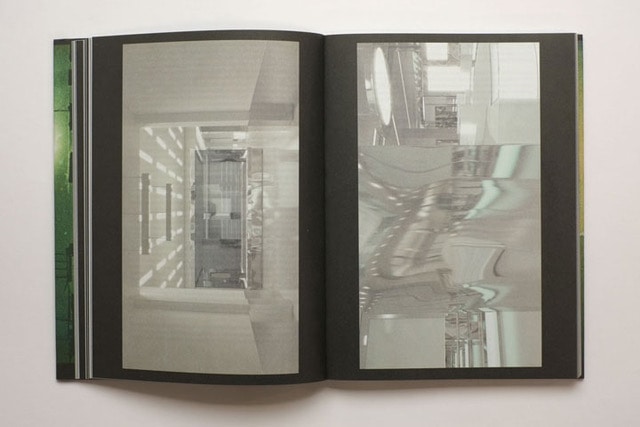 Untitled (Animation), 3D Animation, HD Video, colour/ sound, 5:20 min, 2013
In the 3D Animation, the camera moves through a series of interior spaces of generic semi-public architecture, in which reflecting surfaces and indirect light create a world without shadows or gravity. 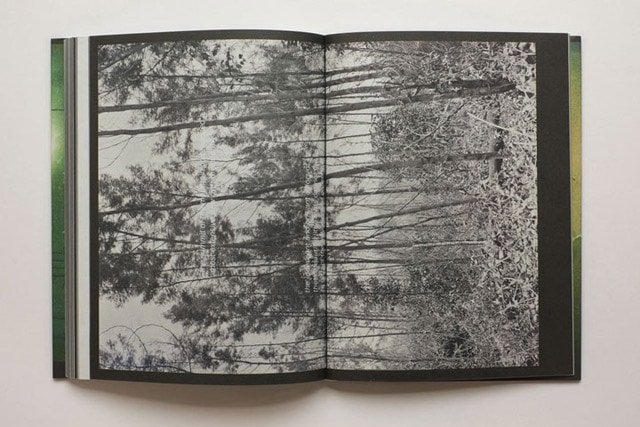 Prospects, five silkscreen on C-prints, various sizes, 2013
The prints are made from scanned glass plate negatives from the beginning of the 20th Century from the archive of the Tropenmuseum Amsterdam. In all the photographs the vegetation contrasts with the presence of a measuring rod. The fragments of sentences printed onto the images stem from various historical travel accounts. 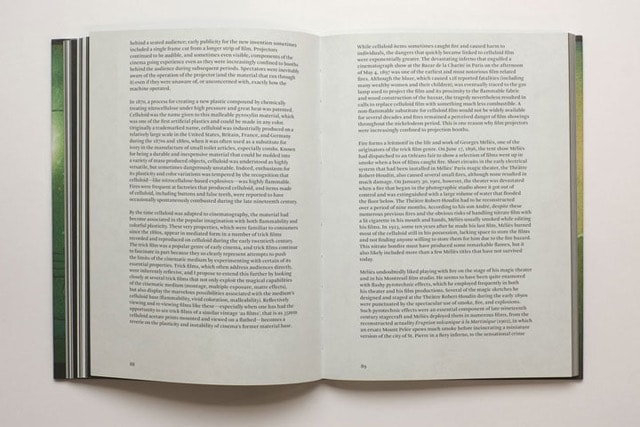 Published in conjunction with a solo exhibition by Alexandra Navratil in Kunstmuseum Winterthur and SMBA Stedelijk Museum Bureau Amsterdam.

Roma Publications is an Amsterdam based art publisher, founded in 1998 by graphic designer Roger Willems, and artists Mark Manders and Marc Nagtzaam. It is used as a platform to produce and distribute autonomous publications made in close collaboration with a growing number of artists, institutions, writers and designers. Related to the content, every issue has its own rule of appearance and distribution, varying from house to house papers to exclusive books.

You can purchase this publication on the publishers website. 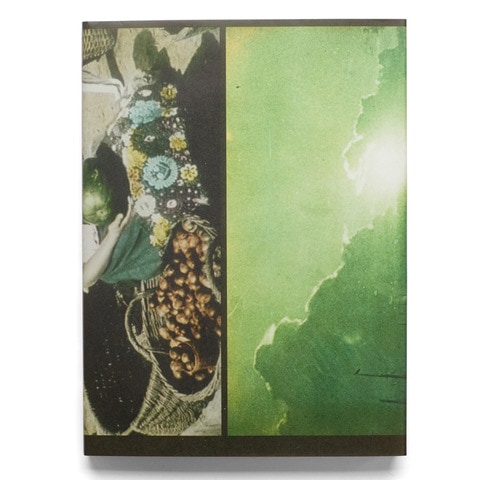