Josephine Pryde often takes from fashion photography and advertisements in her work, but rather than merely recalling these popular forms, she is known for deconstructing and reconfiguring them in new imagery that questions the conditions of their display. The British Josephine Pryde (b. 1967) holds a MA in Fine Arts from Central Saint Martin’s and teaches contemporary photography at the University of the Arts in Berlin. She has had solo shows amongst others at Arnolfini in Bristol, Simon Lee Gallery and Chisenhale Gallery in London and Reena Spaulings Fine Art in New York, and has participated in numerous international group shows at venues such as Whitney Museum and MoMA in New York. Recently she has also been nominated for the prestigious Turner Prize 2016, for her latest major solo exhibition lapses in Thinking By the person i Am, originally held at the Institute of Contemporary Art in Philadelphia.

In her ongoing series Hands “Für Mich”, Pryde presents more than twenty images of young women’s hands, nails perfectly manicured and brightly coloured, holding touch-sensitive objects such as smartphones, lamps, and human chests. She focusses on how mindlessly we touch things, and how equally mindlessly we do not realize the tactile transitions taking place. Formally, hints of hand-modelling as seen in glossy magazines slightly permeate the photographs.

This is very much in keeping with Pryde’s broader body of work in which she explores the nature of image making and display. For It’s not my body the artist used artificial settings and techniques borrowed from human modelling shots, cute pet photography and laboratory research to portray guinea pigs. In doing so, she instilled personality in the guinea pigs’ expressions, and succeeds to relate them to historical events (the animals were brought to Europea on board of slave-trade vessels) and photographic conventions. 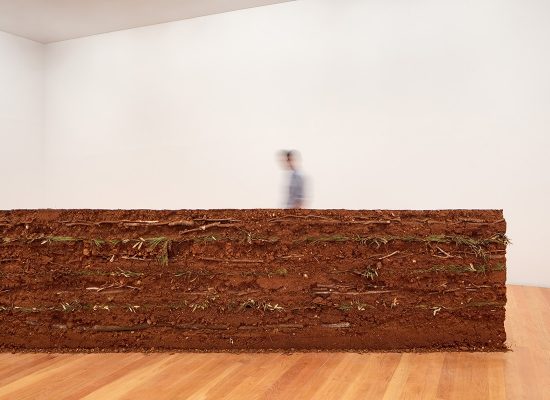