Her artworks — materialised in many different forms: from drawings to sculpture, installations, paintings, films, performance and more besides — reflect on the problems of perception and the construction of ways to access visuality. Text Marta Ramos-Yzquierdo
All images Courtesy by the artist

Almudena Lobera has been researching the capacity of human perception and its relationship with the construction of biopolitical, economic and socio-cultural structures. Studying the three coordinates of space, time and subject/body, her works focus on weaving them into a narrative, with a context and language of its own. That narrative is a reflection on how we visually perceive an object: the material properties, angle and frame that define the space and time in which it exists. Lobera thus hatches a plot based on a subversion of the system of codes that questions the relationship between reality and post-produced image. She exposes the devices that constitute her work, revealing the configuration of the visible even before it reaches our retinas. But she also challenges the socially established means of its comprehension, creation and organisation: text and its narrative, history and its tellers, or agents and their hierarchies. What and how we see are just as important as what and how something is said and who says it, and all these factors shape our perception. In this way, Lobera goes round and round the image appropriated from the media and especially from art history, but also text and, by extension, its references. She breaks them down, transfers them and transcribes them to unmask their hidden codes. 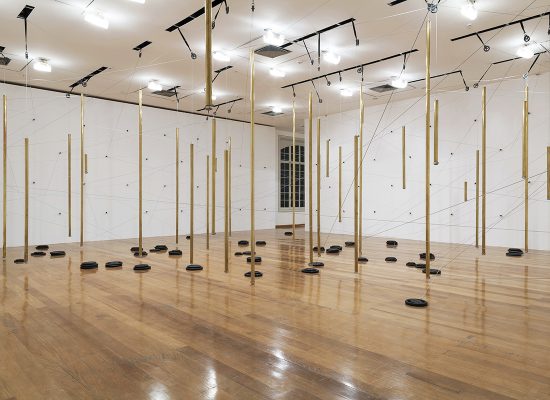