Apart from whether or not you as a visitor will actually have a good time at the exhibition, the title for Volkaert’s solo show doesn’t want to promise you any good times, rather it stands for a period of evolution throughout the artist’s practice, a period, where good times come first, where amusement comes before argument, resulting in the works exhibited here.

Strikingly, the overall tone of the exhibition is grey, instantly countering the first images that pop into mind when thinking about good times, confronting you with the sadness that resides in everything that tries to be humoristic. One of the key works carrying this idea, is the work titled ‘Only tears of joy’, portraying both a sad and happy figure at the same time. Volkaert doesn’t want to maintain a literal depiction of the sad/happy duality, but it can be felt in the way his sculptures are built up, as you can follow his fingers, sliding through the cement or plaster, and you can tell he had a lot of fun creating swirly silicone strings and throwing luxury pigments onto his sculptures, although the end result is still a grey slab, which feels heavy or even burdened. These are then held up in a silly way, with a small lacquered stand in a vivid colour, so it seems as if he tries to brighten up his own works, yet these decisions often come from a fascination for the functional, being seduced, for instance, by a bucket of quality paint he has lying around in his atelier. These acts are imperative though, because they add to the good times he has during his process of creation.

His functionality driven aesthetics can be explained through his work as an art handler and a handy man, as those are the moments when he explores materials such as plaster, concrete, metals, clay, silicone, and so on, to then revisit them in his atelier in their raw form and put them together in a bold and primitive way. This is most visible in the custom frames he makes for his own work. They are all hand made by Volkaert himself and become part of the artwork, sometimes very literally, as with the work ‘Dirty frame’, where the grey hands, which have the imprints of the artist’s hands in them, are still holding the frame. Other framed works then show more pieces of the puzzle, like some of his drawings, which help to better understand how he came to the silhouettes of his sculptures.

Tom Volkaert’s work resembles something sprout from craftsmanship in its early stages and the curiosity of how far he can push the boundaries of a certain material, all the while having a lot of fun creating his pieces. The fact that almost every work he has ever made was at one point broken and then repaired, is something you should keep in mind. When asked to describe his own work, Volkaert briefly responds: “Haha”. 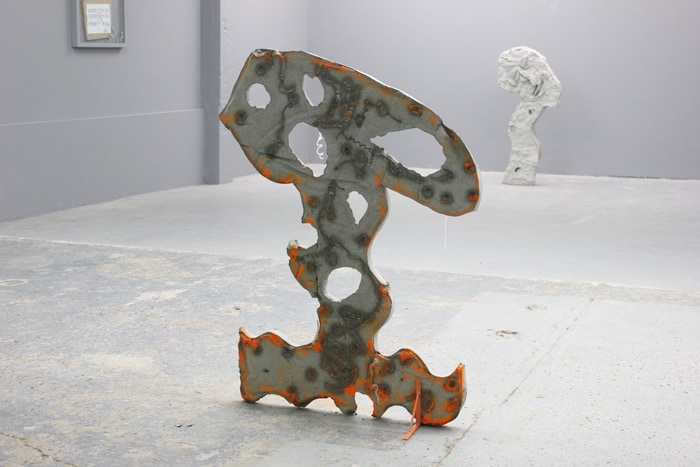 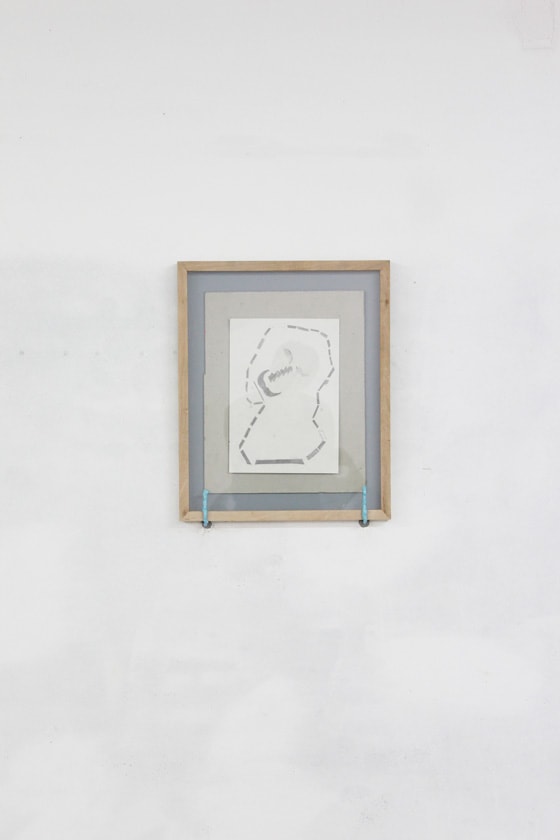