This expansive new body of work is composed of an intricate network of objects and images held together by physical transformations, juxtapositions, historical facts, speculation and the artist’s own brand of logic.

The exhibition’s title, A-A’, B-B’, refers to two cuts made approximately two hundred years apart, through two very different objects – Giambattista Tiepolo’s painting The Finding of Moses and a blue Fiat 125 Special, which was a favourite car of Giovanni Agnelli, the former head of the Turin-based manufacturer and an influential Italian industrialist. Starling’s ability to identify connections in seemingly disparate narratives ties the story of the cutting of The Finding of Moses to the Fiat supremo.

The Finding of Moses, painted circa 1736–38, takes a humble biblical story and glamorously restages it in the context of, what appears to be, 17th century courtly splendour with all the accompanying trappings; ladies-in-waiting, halberdiers, dwarfs and sylphlike greyhounds. Even the lowly halberdiers are dressed in noble finery. These aristocratic thoroughbreds inhabit a painting oftypically eloquent artificiality and contrivance – a masquerade of sorts. In the early 19th century, Tiepolo’s dramatic painting was cut into two unequal parts, splitting the originally panoramic painting into a more conventionally centered scene, The Finding of Moses, and the somewhat unconventional A Halberdier in a Landscape. The Finding of Moses was placed with the National Galleries of Scotland, whilst the smaller half, A Halberdier in a Landscape, found itself in Agnelli private collection and later tied permanently to the Pinacoteca Giovanni e Marella Agnelli in Torino.

Expanding on this unique division of Tiepolo’s painting, Starling introduces Giovanni Agnelli himself into his ‘masquerade’. Giovanni Agnelli lived a rarefied and glamorous life. Despite his obvious wealth, he sought to maintain a connection with the ordinary people of Turin including his own factory workers. This was manifested not only in his family’s ties to Juventus Football Club but also in his choice of cars. As well as owning a wide range of exclusive, custom-built models, Agnelli was well known for driving a number of standard production vehicles fitted to his own desires while still observing a low profile.

He was often seen driving a blue Fiat 125 Special, a standard-issue family saloon. The car’s unique number plate, A00000 TO, referring to his nickname L’Avvocato, signaling to the people of the city that he was in town.

For the two-part project, these two masquerades have been conflated in a process of both geographical and material transposition and transmutation. The Scottish portion of the painting, The Finding of Moses, has been reproduced photographically at 1:1 scale at Galleria Franco Noero in Turin – the geographical home of its truncated left side. In turn, a photographic reproduction of A Halberdier in a Landscape is shown at the Modern Institute. Further to this geographic transposition, the somewhat brutal logic of the truncated paintings’ two unequal parts will be applied physically to Agnelli’s favored vehicle, which has been meticulously cut, in proportion to the division of Tiepolo’s painting. The larger front section of the car is exhibited in Glasgow, alongside the reproduction of A Halberdier in a Landscape, while the smaller back section of the car accompanies the larger section of the painting in the Turin exhibition.

To compound ideas around masquerades, the exhibition will present two self-portraits of the artist, simple steel armatures wearing masks made in collaboration with master Noh mask maker Yasuo Miichi. One mask depicts Gianni Agnelli and the other Tiepolo’s Halberdier. Leather-clad casts of the artist’s right hand further define these figures – the work incorporating the mask of Agnelli sees the artist holding the black comedy Trumpets and Raspberries (1974) by Dario Fo, about an exchange of identities between Agnelli and a Fiat factory worker. As Tiepolo’s truncated Halberdier, the artist clutches a halberd and gazes eastwards, emulating the pose from the original painting. Hands will appear again in a series of three daguerreotypes entitled Hand of the Artist’s Father, Hand of the Artist, Hand of the Artist’s Son. These ghostly images, made on mirror-like sheets of silver-plated copper, seem to morph one into the other as time marks and transforms what appears to be the same hand.

Furthermore, Starling links the regal 17th-century setting of Tiepolo’s painting to the production of the late-1960s Fiat through a series of photographs of thoroughbred greyhounds which he made at the photo studios housed at the Mirafiori car plant in Turin. These large-scale studios, with their seamless white spaces designed for photographing vehicles, become an oddly fitting setting for these predominantly white, pedigree dogs, the product of centuries of selective breeding and aesthetic refinement.

A-A’, B-B’ continues Starling’s interest in the form of the masquerade previously developed in works such as Project for a Masquerade, Hiroshima, (2010; 2011) and At Twilight (2016), as well as an ongoing interest in the design and manufacturing history of Turin. It also follows threads developed in La Decollazione (2018), which was realized for Manifesta 12 in Palermo and explored the material characteristic of Michelangelo Merisi di Caravaggio’s Maltese masterpiece The Beheading of St. John the Baptist (1608). Both works conflate journeys in both time and space and began life with an interest in painting. 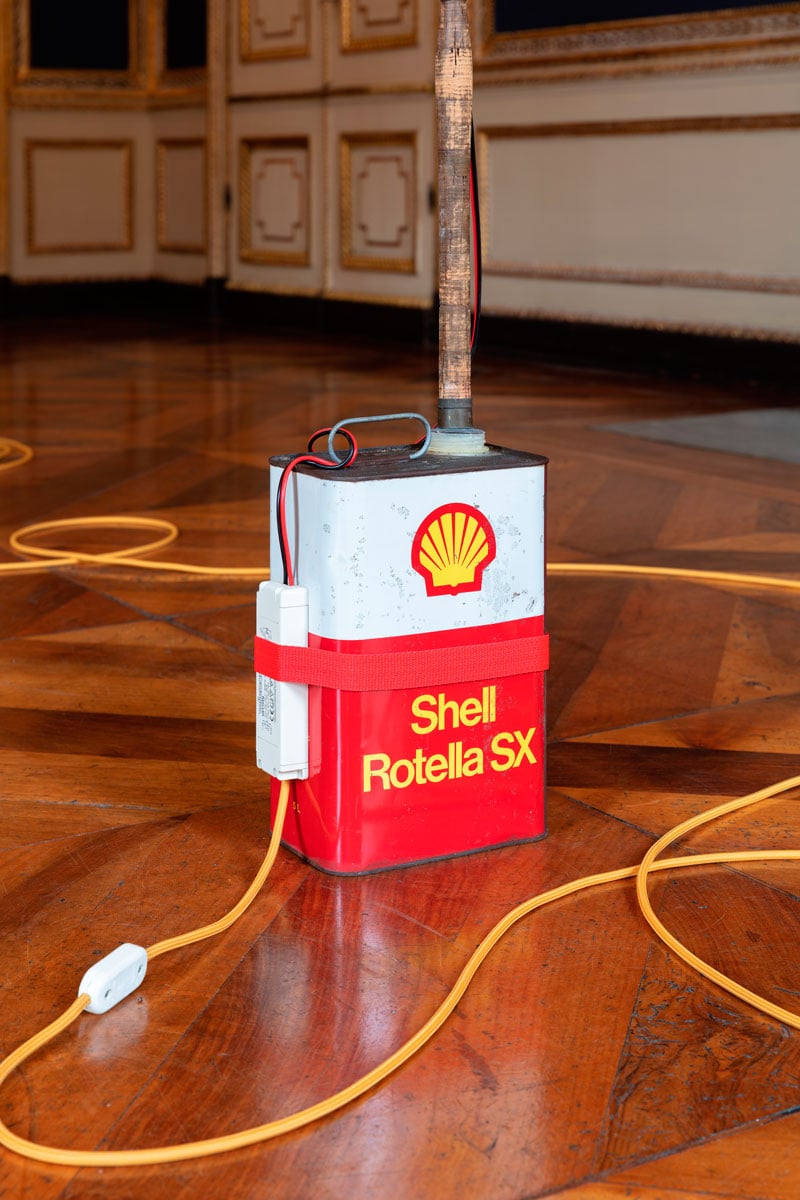 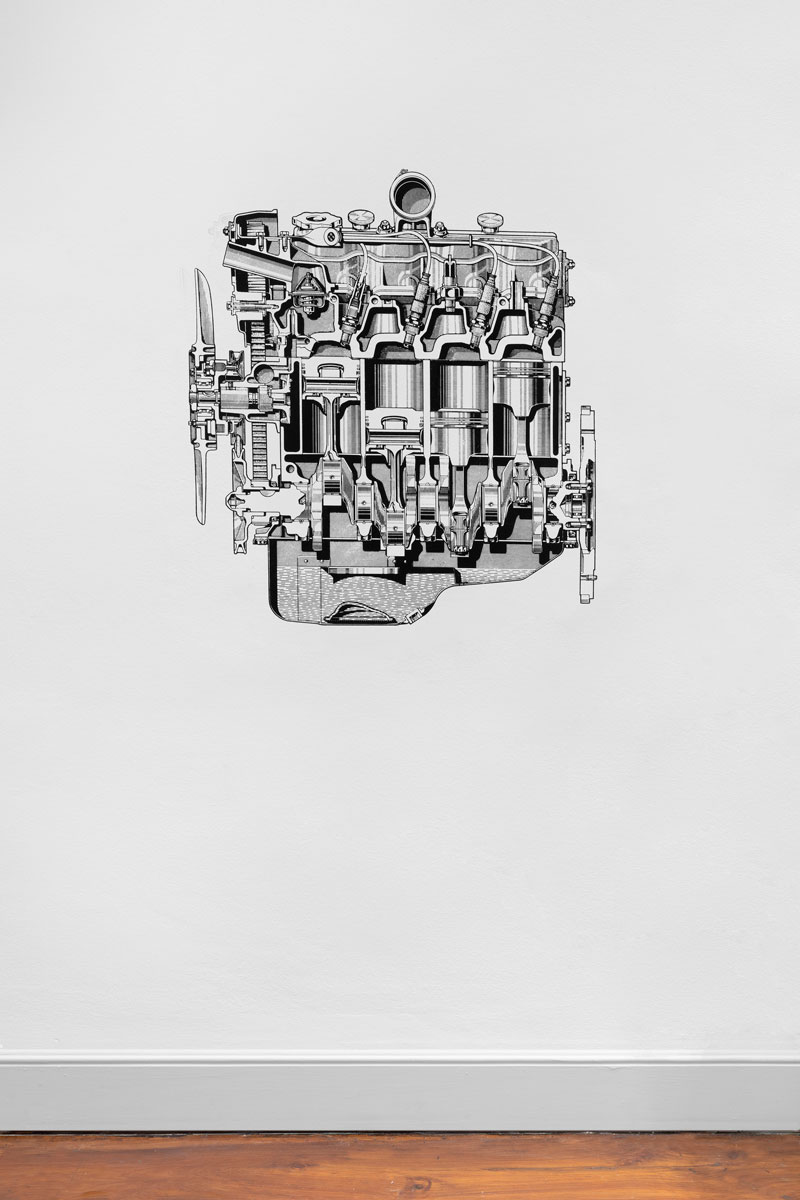 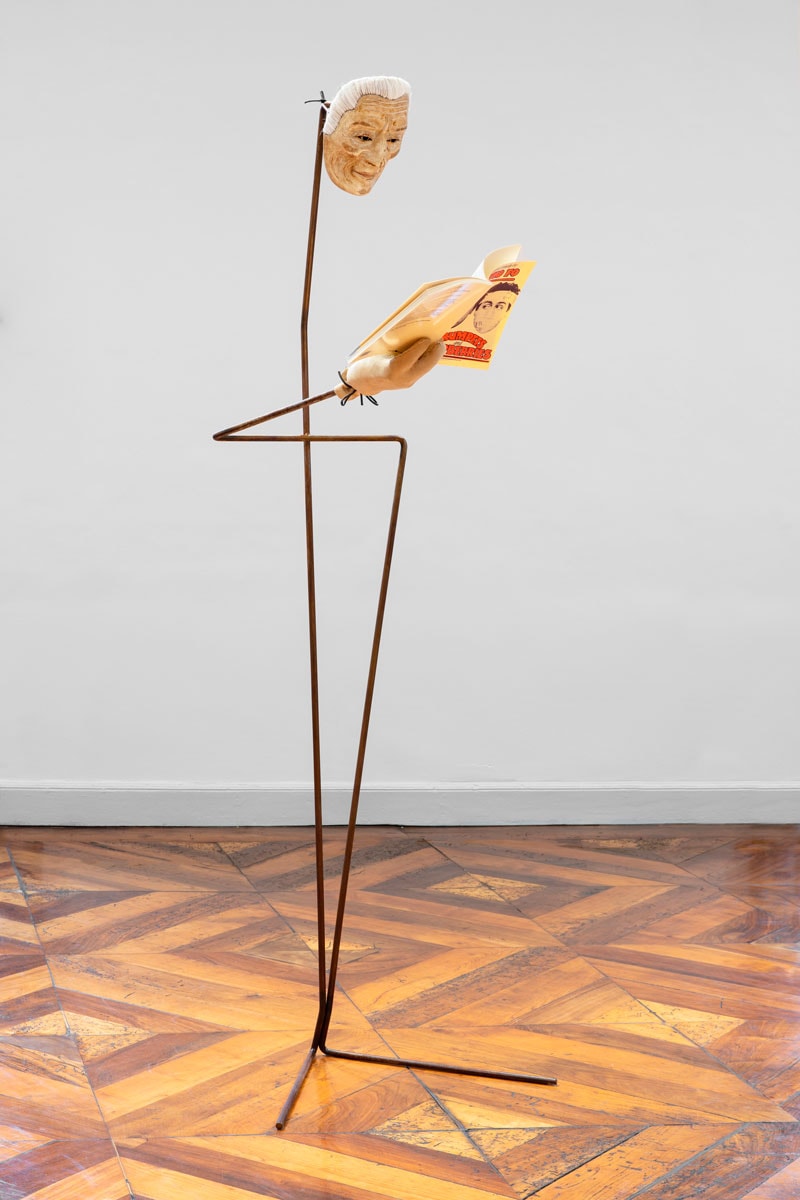