“Why do we have skin” I asked the doctor who inspected me with an ultrasound. I had just realized that the protective film that covers the substrate (the body), when the body does not work, is more of an obstacle than of aid. It doesn’t let you see if and how the organic machine made of flesh and bones underneath is working, doesn’t reveal anything about its gears.

The NFZ#3 exhibition (the third one of No Fly Zone project) was scheduled to open in July, then in September, then in November. The year 2020 has trained us to reschedule in the very short term and never in the long one. Together with a sense of conscious resignation, we have developed new skills, not so much as a society built on the ground of the bodies in alliance (cit. Judith Butler) but rather based on individual strength, seeking its definition in EU’s economic activity classification codes (ATECO); it was specifically the prosperous category of the ‘cultural workers’, so little accomplice of the economic-commercial system and already rather precarious, who were called to reinvent its forms of sustenance, and were now prompted by the need to maintain a lucid and critical thought, aware but not desperate, with the right amount of cynicism but subject to an openness to possibility likely driven by nothing more than a renewed and perhaps senseless spirit of survival. The NFZ#3 exhibition was meant to address the ambiguous relationship between reality and fiction, the forms of communication of contemporaneity, in connection with the use of ‘data’ within different systems of reality (political, economic or media) and how this data is used for fictional narratives whose authenticity is hardly equivocal. The starting point was Silvia Hell’s project, A Form of History, a systematic reading of the last 150 years of European history through the re-engineering of a space-time coding system that reshapes some countries according to the expansion or withdrawal of their borders. The history of Europe, a region of recent geopolitical interest, is in Silvia Hell’s project, a critical analysis of the very idea of territory. Not complying with the language of traditional cartography, with the real, physical space of ‘occupation’, the project discloses a redefinition of the very idea of State, that looks at how in time and space that same State has given more or less voices to its colonialist spirit. The new rendering methodology of AForm of History forces us to consider that there may be new forms of representation, more mindful than norm-abiding. From the assumption of reframing a State’s body as an abstract surface intended as an organic set of precise historical factors (space, time, territorial expansion), the idea to focus on the consideration of the body seen as a political, border line territory, between oneself and the other, between an inside and an outside, between the norm and its alteration was born. In the exhibition, Ruth Beraha’s “body without organs” (cit. Deleuze-Guattari) naturally fit into place: the piece is an X-ray self-portrait, supplemented by several radiographs of strangers. The work as a whole suggests the impossibility of identification between the self and one’s own body. Mary Shelley would have nicknamed her Frankenstein, we look at it as the reflection, the mirror, of a formal regime that is not an absolute structure: it is the possibility of being anything, without identification of gender, age, race; it is the frontier between the embodied and the impersonal. The skeleton portrayed by the x-ray is a symbol of death in whose presence life is reflected, in a close correlation between iconography and iconoclasm. Who is the subject and what is the object of the representation? Ruth Beraha’s BwO is the representation of an unorganized body, therefore dis-functional for any specific purpose. “By body we mean, in a generic sense, any ‘limited’ portion of matter. With reference to humans, the body is the corruptible element that every religion has opposed to spiritual matter or the soul. More precisely, in physics, a discontinuous set of elements of matter (corpuscles or particles) which are attributed the properties of extension, divisibility, impenetrability, i.e. the macroscopic properties of matter.” (Treccani) Among the political territories of the systems presented by Silvia Hell’s coding and the philosophical and iconoclastic systems of Ruth Beraha, appears the “new flesh” (Cronenberg) photographed by Alix Marie, depiction of those “beings of contemporary contamination” (FAM) that are nothing more than identities morphed beyond the very idea of gender, extra-gender so to speak. Alix Marie’s series of hand casts (any hand, that of the artist, mine, yours), hold ex votos hibernated in glass wax; they are different flowers of the Proteaceae family that reference mythologies and popular beliefs of cultures far apart (such as Greek and South African) to celebrate the mortality of human beings. The flowers of the biological genus Protea chosen by Alix Marie take their name from the Greek god Proteus, a sea divinity who was able to change shape. The variability of the species makes it impossible to define a simple and diagnostic criterion for the identification of the members of the Proteaceae family, thus leaving theirs one of the few genera in nature not subject to classification. The NFZ#3 exhibition, scheduled to finally open on January 2021, leaves this past year behind and, with the works of the three artists, invited to present their research in a collective dialogue, tries to provide notes as a starting point for a lucid reading of the present destiny of bodies: political bodies, in their abstraction, alien, because they refer to mythology, biological and therefore mortal, but for this reason also otherworldly. The skin then, as the surface or rather the territory that defines our space of relationship (or boundary) with ‘the other’, suggests nothing but the impossibility of identification between the individual (the self) and the context in which we live (the environment) in connection to how that individual and that context were previously used to sharing their relationship of mutual sustenance. 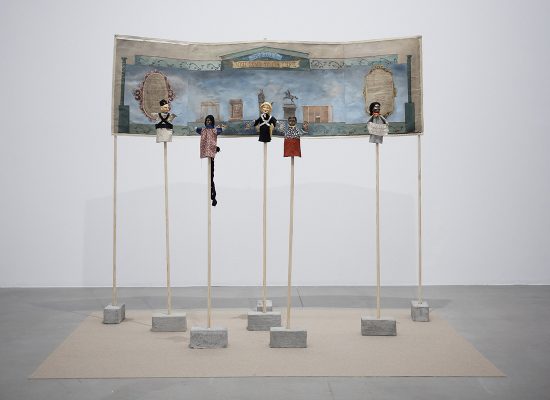 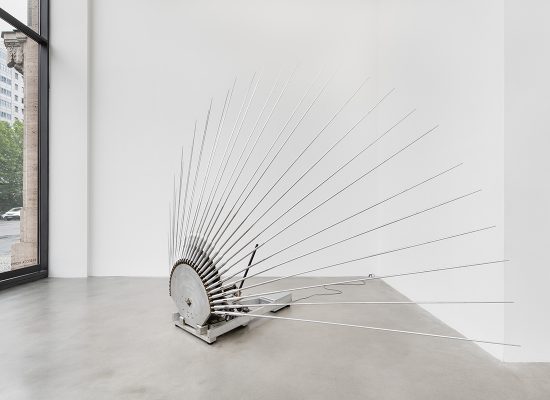