The practice of Lito Kattou is predominantly inspired by humanity’s longing for spirituality in a landscape informed by post-humanism and ecological crisis. Translating into an exchange between century-old belief-systems and contemporary forms of devotion, Kattou questions the holistic transverberation that is lived through a connection between geological matter and human or animal existence.

She fuses analogue techniques such as for example metal welding and cutting, with digital fabrication of printed textiles, producing objects that exists as weapons, skins, cosmic elements, mythical creatures and animalistic beings. Kattou incorporates many references from literature, feminism, myths science fiction and the history of science in her body of work, to arrive at an imagery that appears both archaeological, contemporary and futuristic. She experiments with flattened volumes to evoke both an absence as well as a presence of bodily awareness.

An inside garden is being inhabited by a group of enigmatic creatures. They don’t appear alone, but carry or are themselves carried by armor-like objects. These wild animals seem to have abandoned their native landscapes, and are protecting themselves from the Sun with shields and ski-glasses. Their subdued struggle conveys and alteres relationship with nature, and breath solitude. Recovering from asn embodied trauma, they need to transform themselves, build a new bridge in order to be able to adapt, and coexist with each other in a mutated natural state. 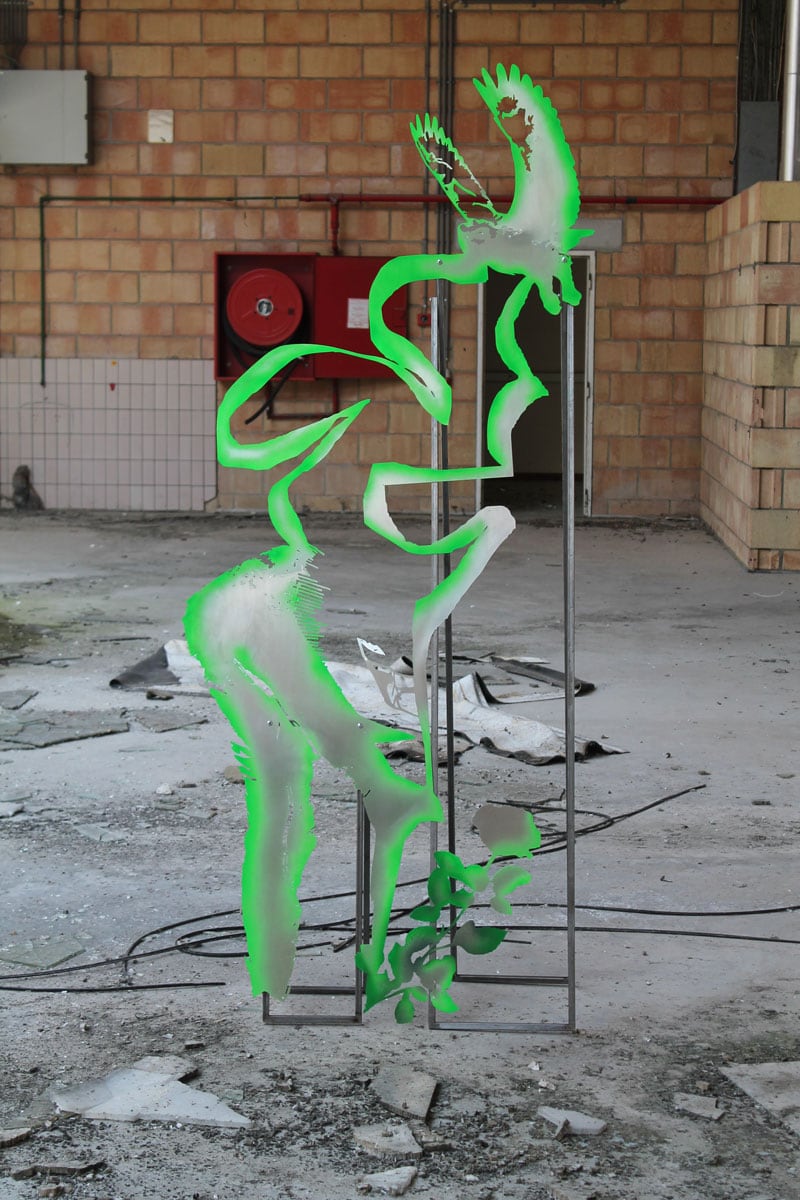 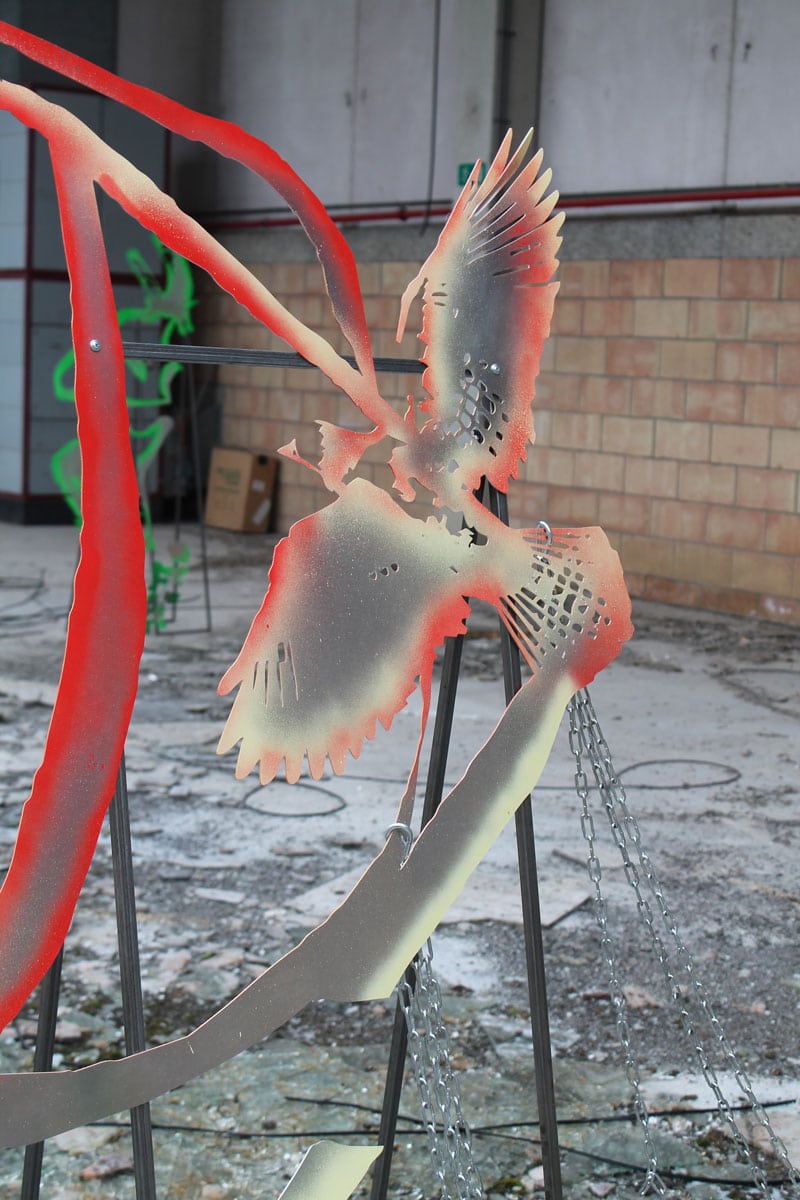 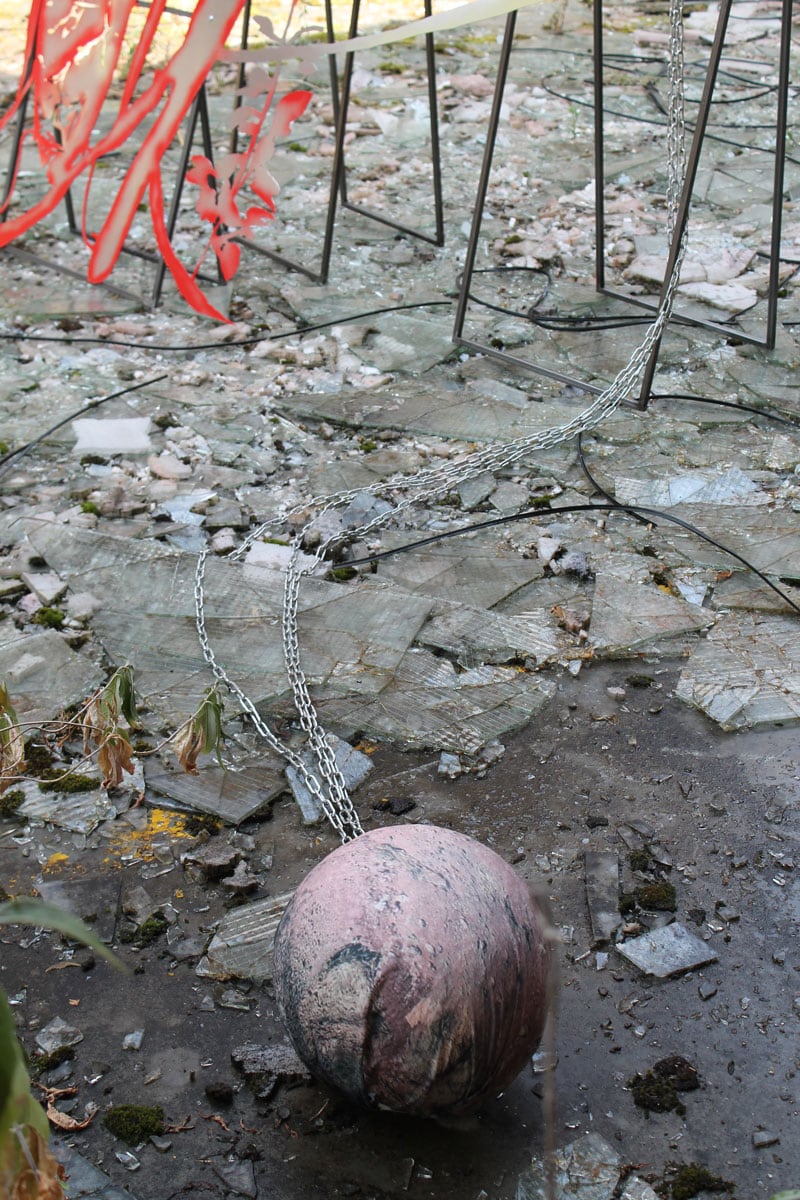