British artist Haroon Mirza is internationally acclaimed for his work that tests the interplay and friction between sound and light waves and electric current. Entheogens at the Contemporary Art Gallery Vancouver is his first ever solo exhibition in Canada.

As an advocate of interference (in the sense of electro-acoustic or radio disruption), Mirza creates situations in which he describes his role as a composer. By manipulating electricity, a live, invisible and volatile phenomenon, and calling on instruments as varied as household electronics, LEDs, furniture, and video footage to behave differently, relationships between elements become reliant and responsive to each other in what Mirza calls “self-governing” systems.

“Entheogens” comprises a series of new and recent pieces linked via a compendium of botanicals, plants such as Lophophora williamsii (peyote), Psilocybe (‘magic’ mushrooms) and Echinopsis pachanoi (San Pedro cactus). Known worldwide as supplements to various transcendence practices through their psychotropic qualities, these are often used for spiritual and self-awareness purposes including meditation and psychedelic psychotherapy.

“ããã” is a work developed during a two-month residency in São Paulo. Captured images and sounds from the city combine as four videos and eight channels of electric signal, also visualized through strips of LED light and heard via an array of speakers all in synchronization. Reflecting on a heady mix of the current political climate in Brazil, local musical culture and entheogens, the overall experience collectively creates a mesmerizing visual and aural effect. In other works, electrical current is passed through copper plates and plant forms such as Psilocybe cubensis, (Amanita muscaria) to create phantom-like images; sculptural assemblages are governed by the ideal growing conditions for Lophophora williamsii; combinations of recycled furniture, solar panels, lights and various psychotropic plant forms figure alongside references to Terence McKenna, an American ethnobotanist, mystic, psychonaut and author.

As visitors enter the gallery, their physical movement will interrupt the light signals received causing a sensory interplay, metaphorically akin to the transformative properties that can occur through ingesting the plant forms. The exhibition invites us to consider perceptual shifts, disorientating environments and displacements of light and sound that create delirious moments as we unwittingly interfere with altering signals and appearances, presenting a truly hypnotic and transformative experience. 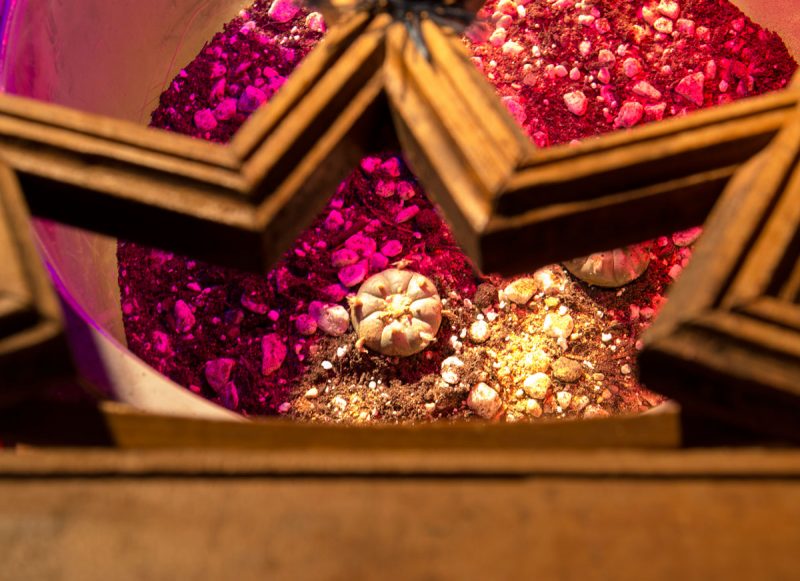 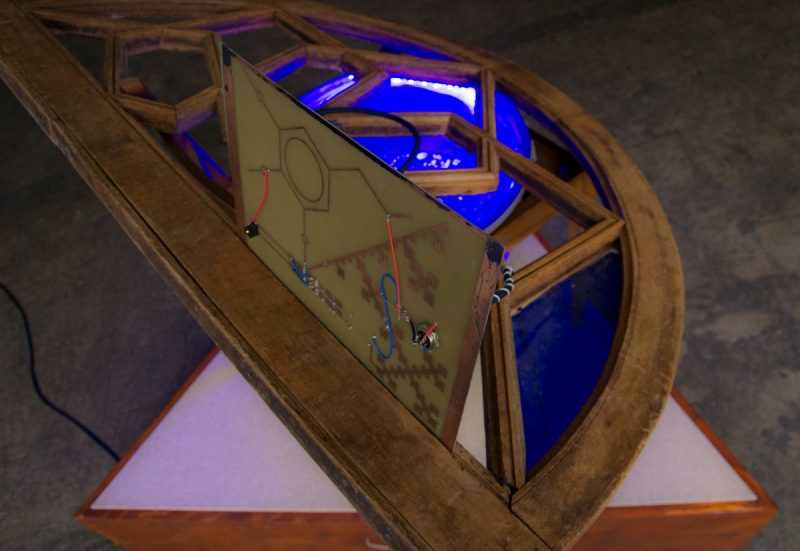 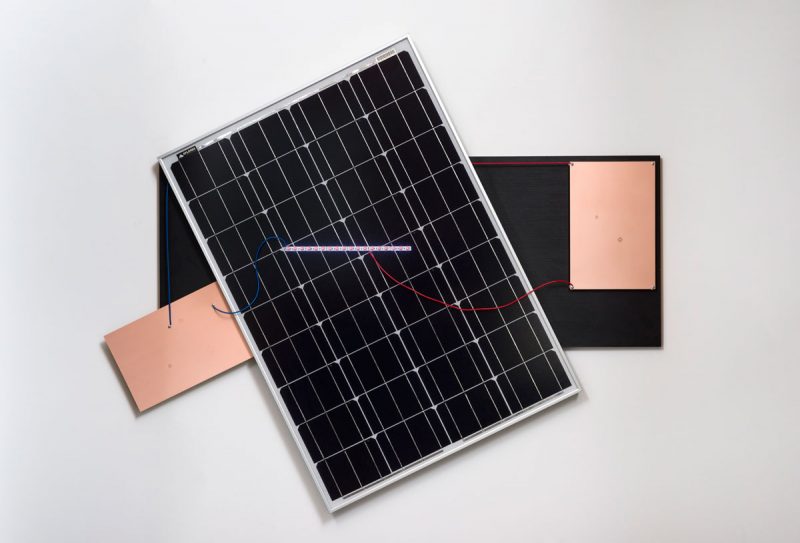 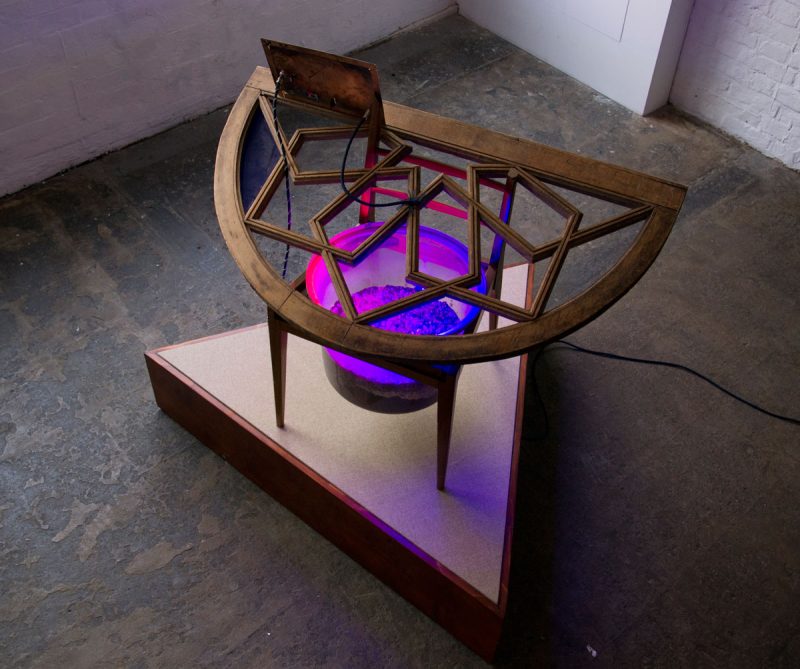