Things: flag, photograph, beam; lines: diagonal, horizontal, perpendicular; locations: floor, wall, space. These are some of the words on which Francesco Arena based his third solo show in Galleria Raffaella Cortese’s three exhibition venues, Terza mostra: tre cose [Third exhibition: three things]. As in his two previous projects with the gallery, each space is characterized by the presence of a single work.

Without any specific order in their visit of the spaces, viewers move from the low level of the floor with Bandiera linearizzata [Linearized flag] to the high one of Orizzonte lasco [Loose horizon], to their union with Sentenza in sei metri da zero a sessantasei centimetri [Sentence in six meters from zero to sixty-six centimeters], which establishes a dialogue between height and walking surface.

Terza mostra: tre cose stands as a sort of third stage in a ‘trilogy’ for the gallery with themes, aspects, and cross-references that run between the works on view and the two exhibitions that preceded it.

Symbol is a word that has not yet been used here that we now need to bring into play for Bandiera linearizzata. The line that runs across the entire diagonal of the floor of the space in via A. Stradella 7 is comprised of the deconstruction of a flag, or rather, The flag. The ‘flag thing’ is here analyzed for its graphic and objective aspect without abandoning its symbolic significance due to the nation it is associated with. Once the nation is recognized, the work is charged with a relevant political value despite the fact Arena does not provide any specific reading of the work. Consequently, this expression of the symbol also becomes an expression of the ‘thing’.

The H-beam maintains the function it was industrially manufactured for, namely working as an element capable of constructing a space, while also acting as a support for an inscription conceived by the artist. The engraved sentence LE COSE VIVONO SOLO NEL PRESENTE, IL PASSATO E LA MEMORIA SONO UNA PREROGATIVA DEL GENERE UMANO [THINGS LIVE ONLY IN THE PRESENT, THE PAST AND MEMORY ARE A PREROGATIVE OF HUMANKIND] runs along the work. This grants more substance to the exhibition project as a reflection on ‘things’ and restores a sort of ‘happiness of things’ that is intrinsic to their very nature. With Sentenza in sei metri da zero a sessantasei centimetri we, once again, understand how the titles of Arena’s pieces define and complete his works. The eternal is present in this work as each time it will be reinstalled the height of one of its two ends may vary. In doing so the work’s title will change accordingly with the variation in height.

In 2012 the artist created Orizzonte [Horizon], currently on view at the MADRE Museo d’Arte Contemporanea Donnaregina in Naples as part of the exhibition Utopia Dystopia: the myth of progress seen from the South. The work consists of a beam supporting earth from the Lampedusa migrant reception center. This, of course, carries a strong symbolic charge.

The element of the horizontal line leads to the horizon, a line that—the artist reveals—can also be found in one of the images within a book’s list of illustrations. The plate with the writer Thomas Bernhard in the foreground is dominated by three trajectories: the horizontal, the vertical and the diagonal. The photograph, published double-page spread in the book, becomes part of a ‘horizon line’ that runs across one of the exhibition space’s walls.
Orizzonte lasco exists within and identifies itself with its own title’s contradiction: a horizon can never be loose. In via A. Stradella 4 we return to reflect on the same element that had distinguished both Transversal diptych (2015) and Linea finita (orizzonte Gianluigi) [Finite line (Gianluigi horizon)], 2019, in Arena’s previous exhibitions there.

The spaces that host Terza mostra: tre cose become locations for a wandering of the element—or rather of the ‘thing’—Line.

Arena’s 2019 work Angolo Scontento (Hommage à la mort de Sigmund Freud) [Corner of Discontent (Tribute to the Death of Sigmund Freud)], first presented on the occasion of the artist’s second solo exhibition at the gallery, Tre sequenze pervoce sola [Three sequences for a single voice] (2019), has been recently exhibited as part of The Paradox of Stillness: Art, Object, and Performance at the Walker Art Center in Minneapolis and has entered the institution’s collection. 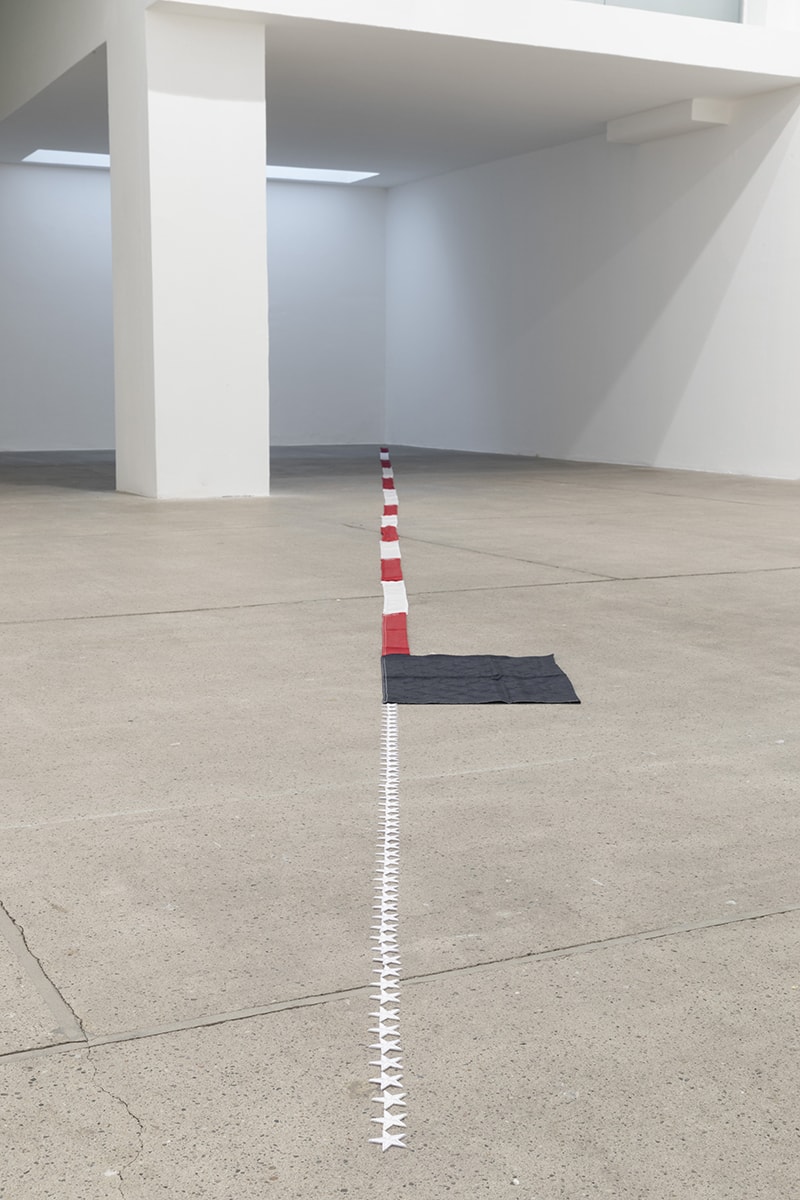 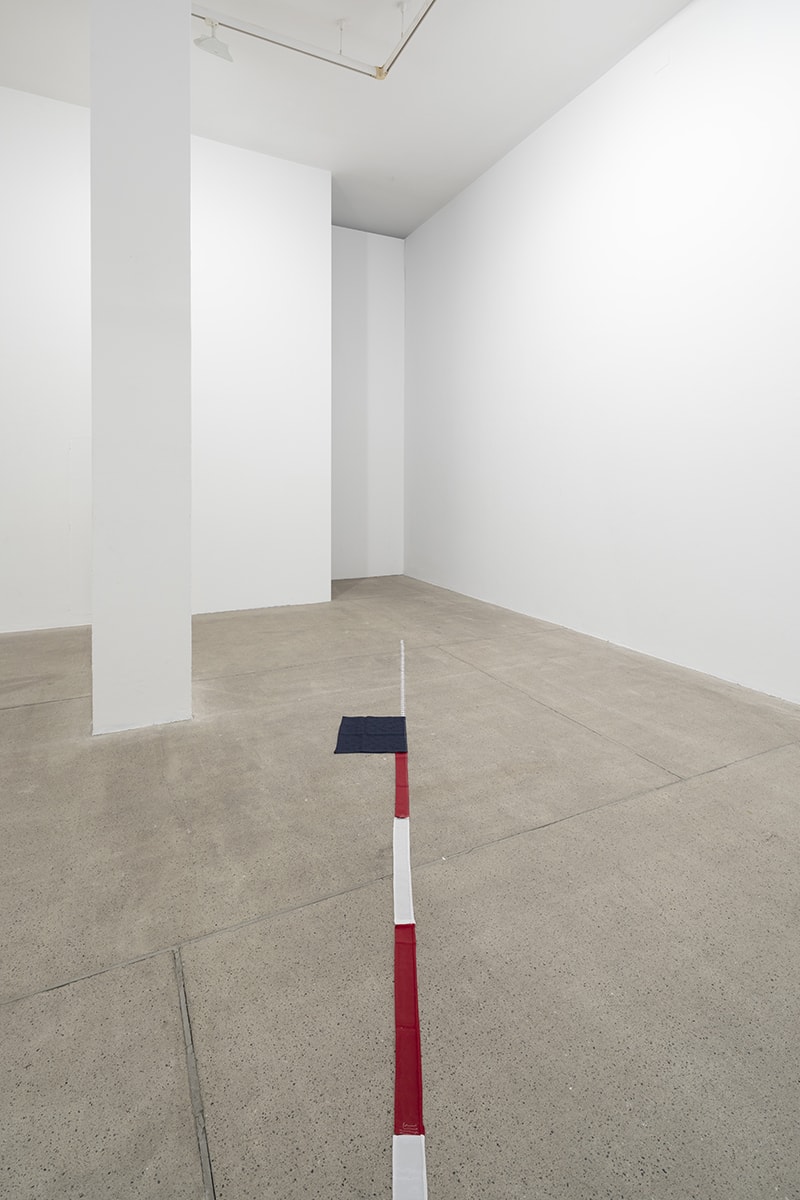