A key figure in Hong Kong’s art scene, Ellen Pau brings together some of her historical video works alongside new and reworked pieces in the realm of immersive installation.

‘The Great Movement’, the solo show of, and curated by, Ellen Pau (b. 1961, Hong Kong) at Edouard Malingue Gallery, Hong Kong, is akin to a series of bodily encounters. Engaging the senses from every angle – sight, sound, heat, smell – the visitor is plunged into an awareness of their own physical presence and a contemplation of what it means to be, to exist, here, now, and beyond that, the space each of us occupies.

Navigating through ‘The Great Movement’, the atmosphere is dark, quiet, pregnant with pauses for feel and thought. The exhibition takes its title from the 1997 work ‘The Great Movement: Red Stock’, reformulated specifically for this show and on display at the entrance; it displays a red dot at the centre of a transparent screen on which a video light writes as a comet trails on the palm. A graduate from Hong Kong Polytechnic University, Pau’s interest in human body could be traced back to her diploma in Diagnostic Radiography in 1982 and the fact she worked as a radiographer in Queen Mary Hospital in the presence of humans, bodies, life and death.

Combining historical and new, site-speciﬁc works ‘The Great Movement’ has a human sensitivity running throughout. ‘Video is a Hole’ (1990) refers to the rise of technology and its role in democracy, the proliferation of different points of view, and harks to the book ‘Feedback: Television Against Democracy’ by David Joselit. While television follows the constellation of stardust whirling around the afterlife of a black hole, video engages the fleeting life stories, lost journeys and ordinary encounters that make up the world surrounding us. Across from the display is the major site-speciﬁc installation ‘The Spectre of the Will’ (2019), which involves a slowly cascading wall of melting red wax, superimposed by hanging images. The tone and movement seem to reference ﬂesh, what we’re made of and the life that runs through us. Adding to this sense is an element of heat emanating from the walls, bringing the artwork into the realm of a human presence, which contrasts with the technological inquest of the opposite work.

Breaking through, around the corner of the exhibition, is a comparative installation of light, both in terms of tone but also levity. ‘The Spectre of the Real’ (2019) comprises a series of drips falling onto hot plates, each contact culminating in physical evaporation. The sense of evolution alluded to throughout the exhibition is brought into sharp contemplation here as the state of liquid to mist is rapidly captured and beyond that, heard, through a series of sensors. One is then prompted to consider other details throughout the exhibition: the faint smell, the aura and presence each corner occupies, not limited to the walls of the gallery space but pervading through and throughout.
As such, ‘The Great Movement’, brings the visitor through a journey. Pau engages our bodies, prompting each and everyone to reflect back on their physical beings, the form they are currently taking, what is emanating from us, and what we’re leaving behind – from technology to the more primal. 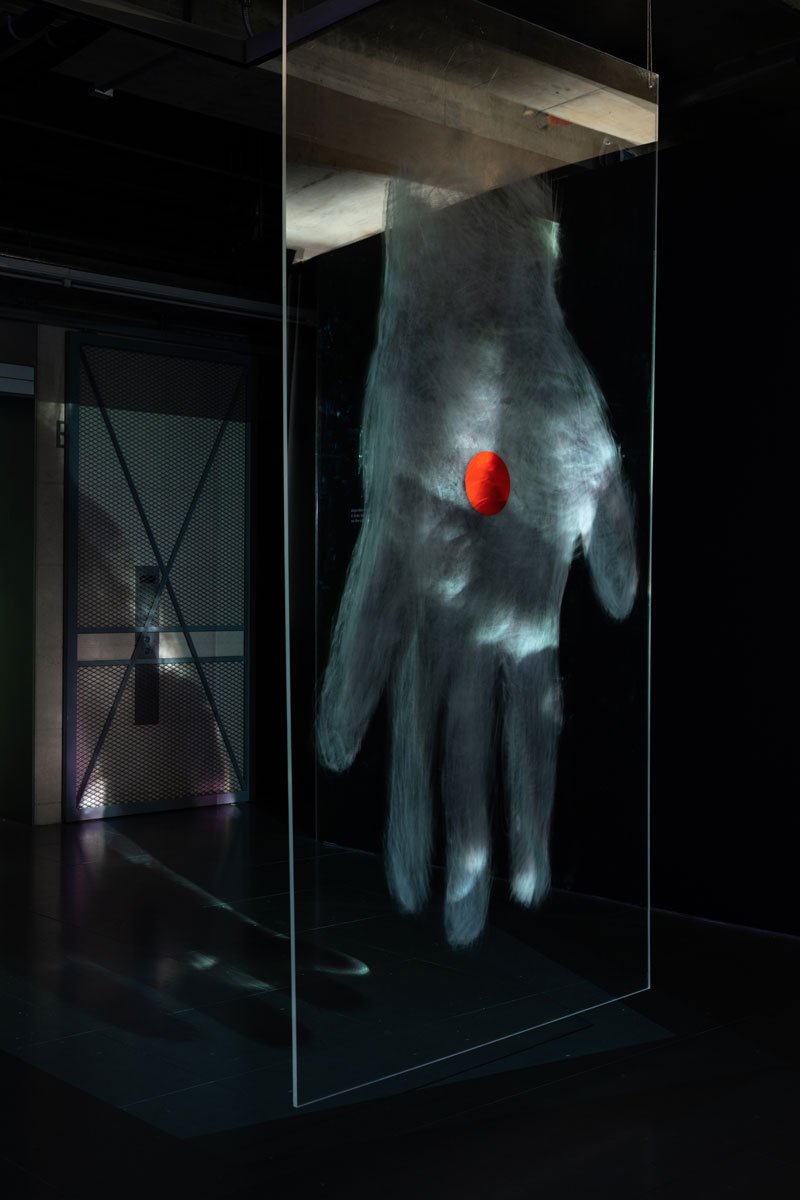 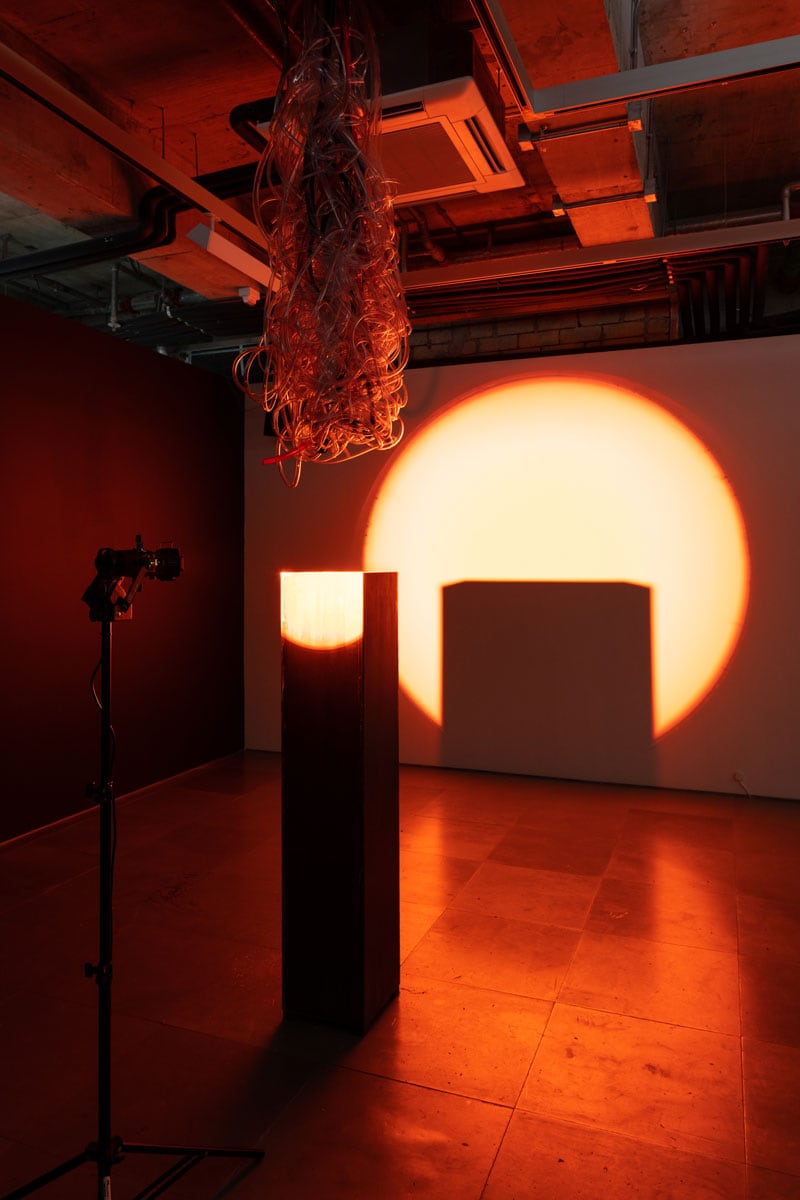 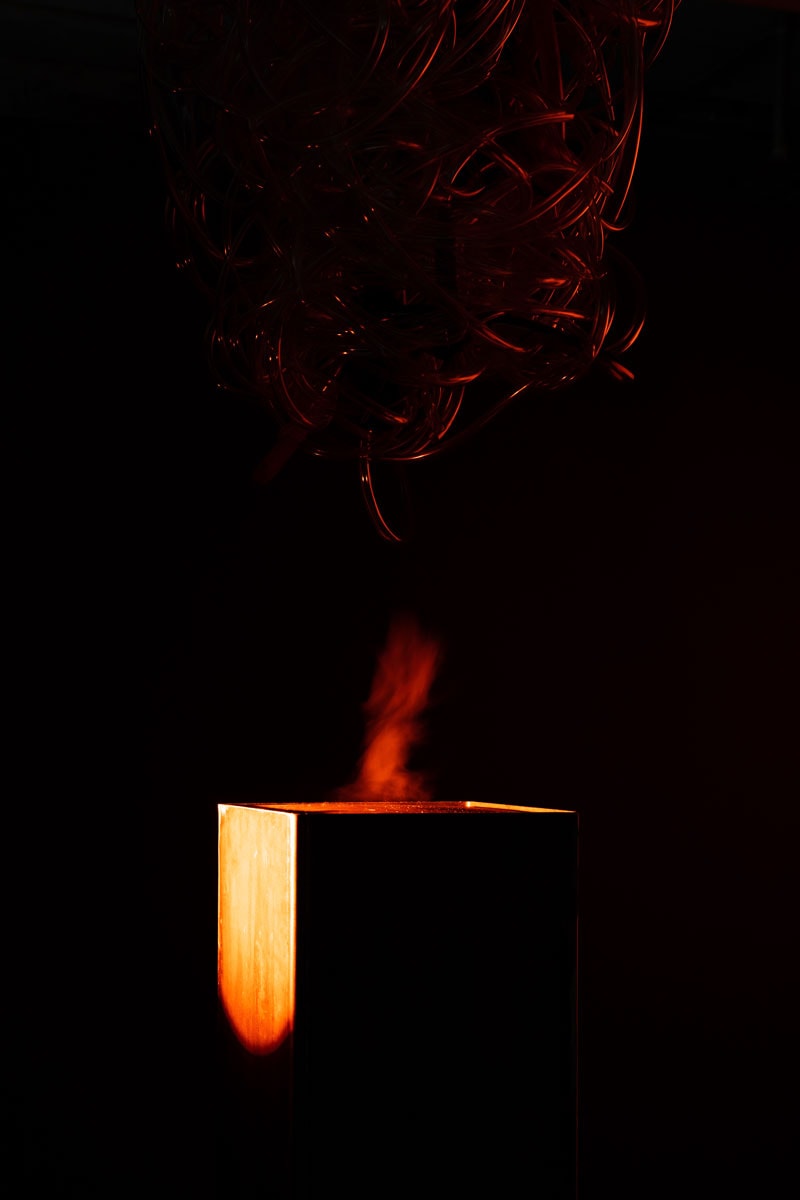 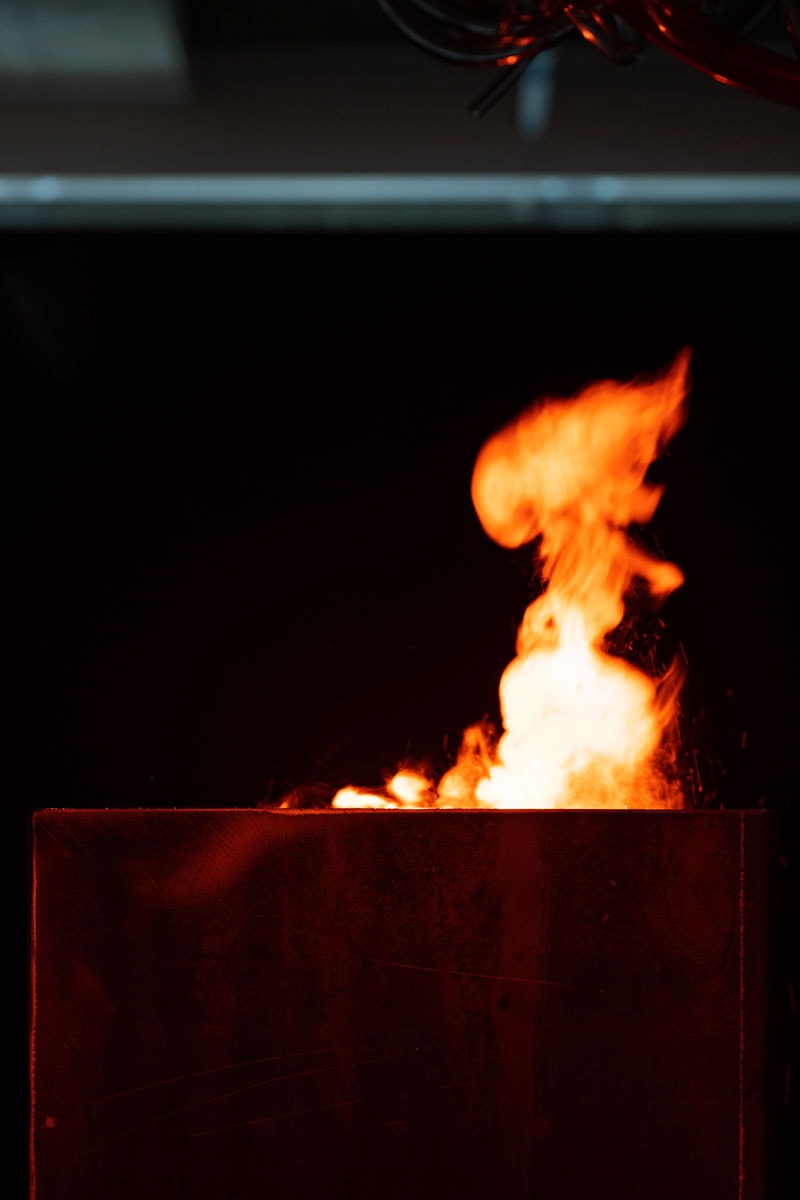