BIO:DIP is a neologism, a parallel not a pair. It is two bodies of work that come into contact, and, in the way of bodies, react to one another. BIO:DIP is dialogue, not synthesis. Each body is invoked by a system with its own internal economies, its own sources of nourishment and regulation, as well as its own tactility, material identity, and by-product. Each is in its own way a circulation system designed around sensory exchange. Where they mingle they do so atmospherically. As the two bodies infuse the air itself, they connect not just to one another but, through the respiratory system, to those of the audience itself.

Focused on the porous intersections of the body, Nicolas Lobo’s practice concerns the transformation of familiar material through ingestion and use. For BIO:DIP, he has created a series of sculptures made entirely of soap and cast in fiberglass swimming pools. In the gallery, the pools are inverted and repurposed as pedestals. Their extroverted forms both evoke the human body through the rituals of bathing and cleansing, and by inviting tactile engagement and hosting performances. Tying together the interior and exterior of the building, Lobo continues to use body-enhancing materials as sculptural forms. In this instance it is the transparent orifice of the building itself—originally intended to let the outside gaze in— which Lobo obscures with thick layers of lipstick. Like much of Lobo’s work, products intended for personal application are returned to the industrial scale as critique and reflection of our human needs.

Like Lobo, Hayden Dunham is interested less in the singularity of objects or bodies than in the conditioning systems that go into their maintenance and care. Systems such as central air, water filtration, or sewage treatment model the exchange of information between the hard and soft architectures of building and body. Tapping into the Red Bull Studios New York’s existing HVAC system, she creates her own structure of visible and invisible exchange. What begins as a frozen sculptural form is cycled through multiple states of ice, melted water, condensation, and vapor before interacting and passing through the viewer’s body in the form of breathed air. Glass, marbles, silicon, and molten aluminum will be used to create networks in which the potential energy of these exchanges can be stored and experienced. Here the politics of the ever-evolving body meld with those of its housing.

Just as Red Bull Studios New York hosts BIO:DIP, BIO:DIP hosts the viewer. Incorporating our own bodies within such poly-sensualism, we are asked to reflect not just on the individual human economies of acre and need, but on the idea of the gallery itself as forever in flux— now equal parts laboratory and spa. 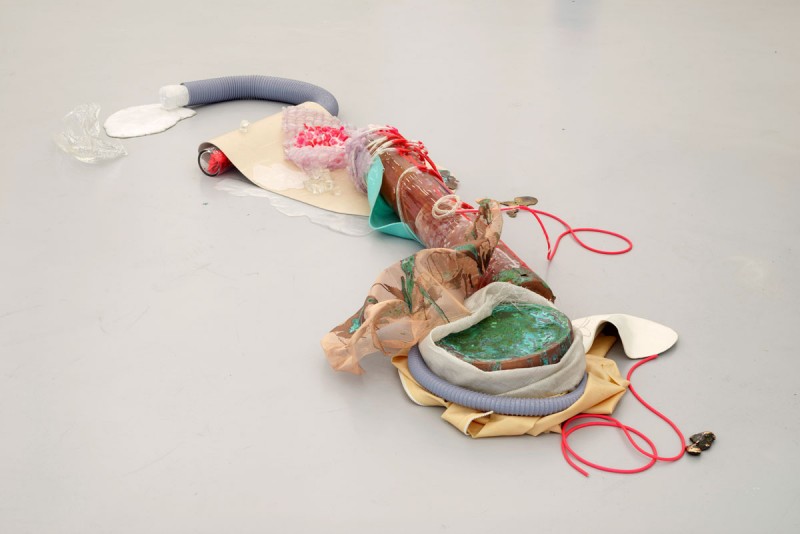 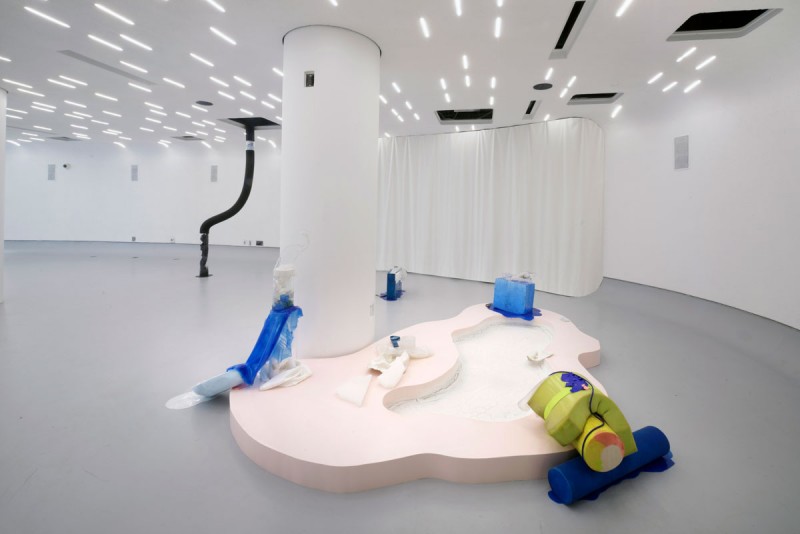 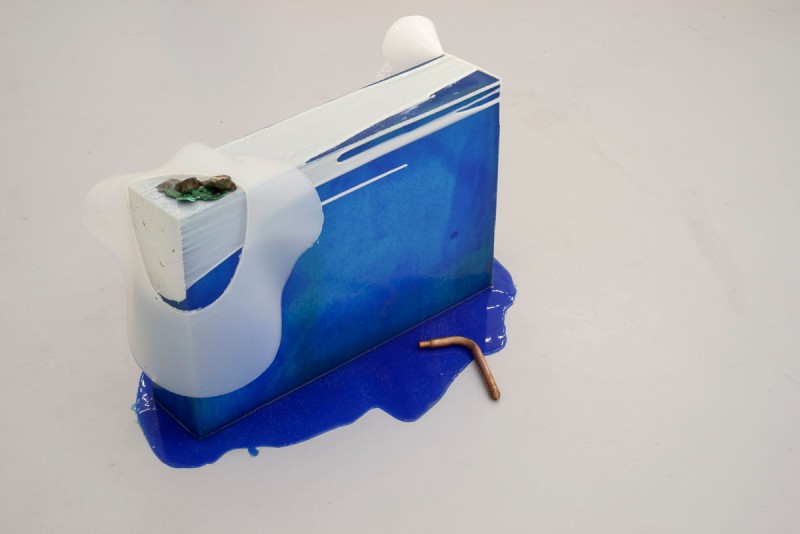 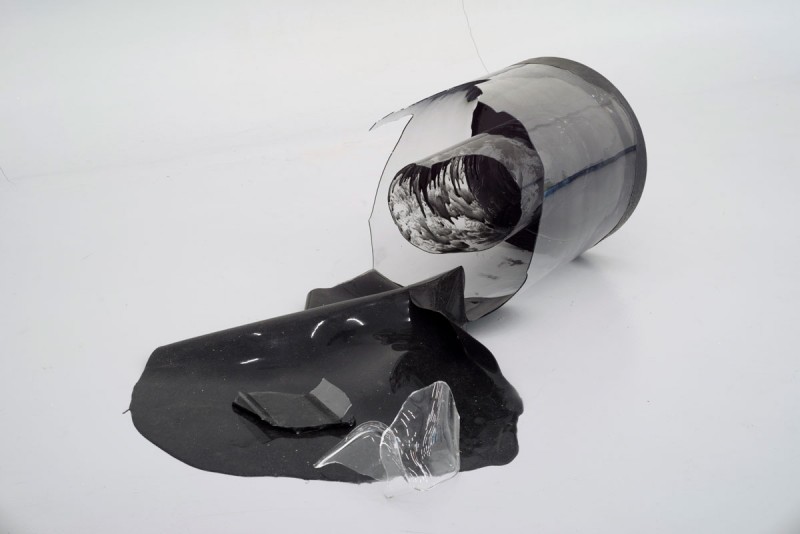 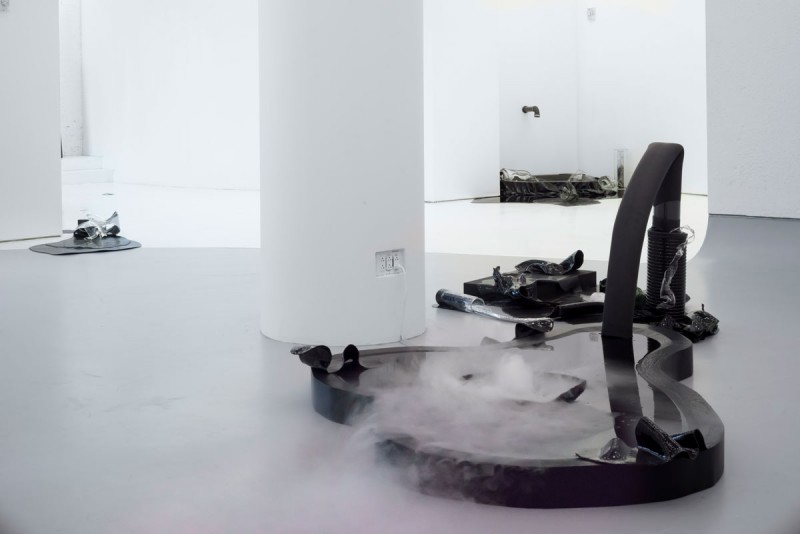 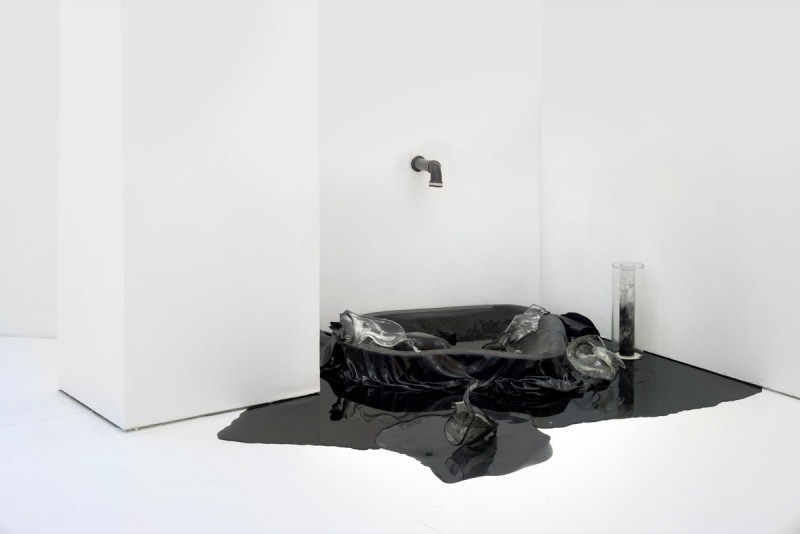 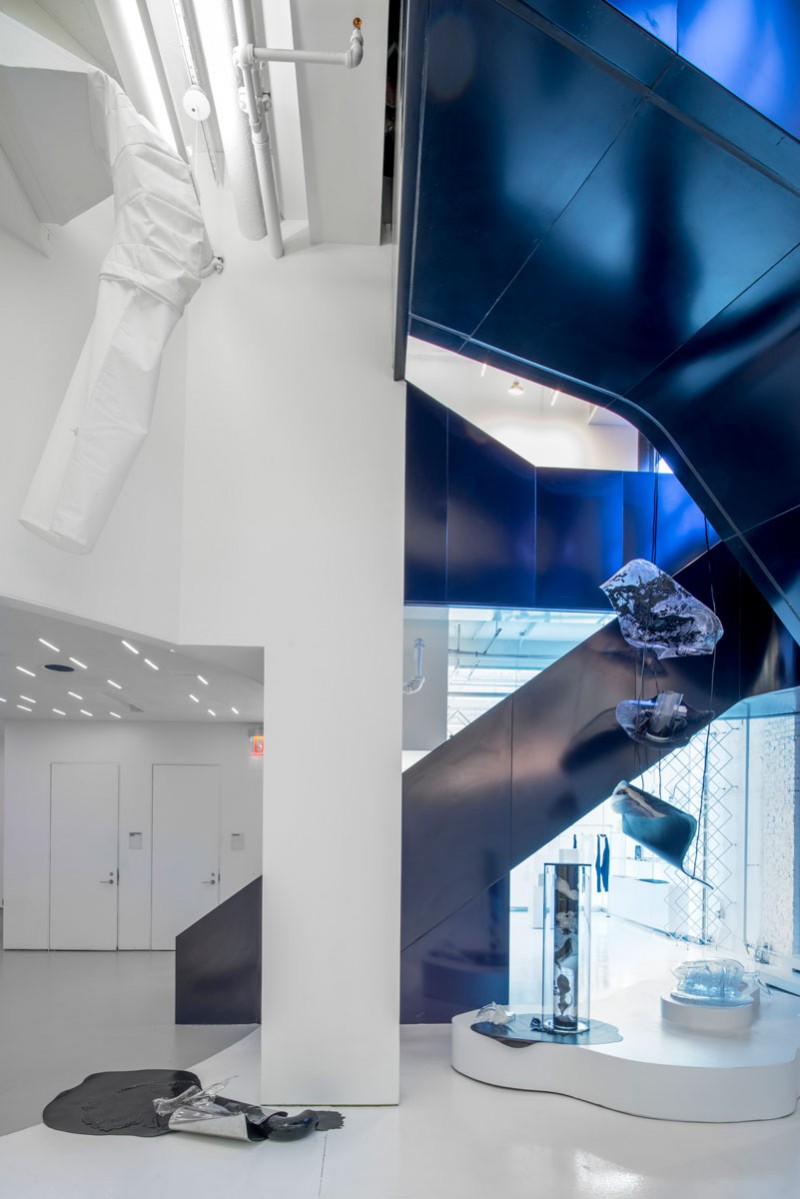 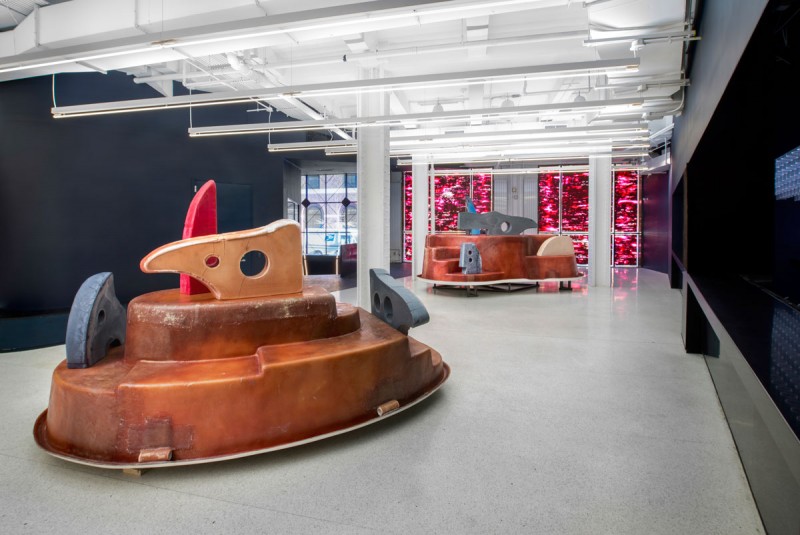 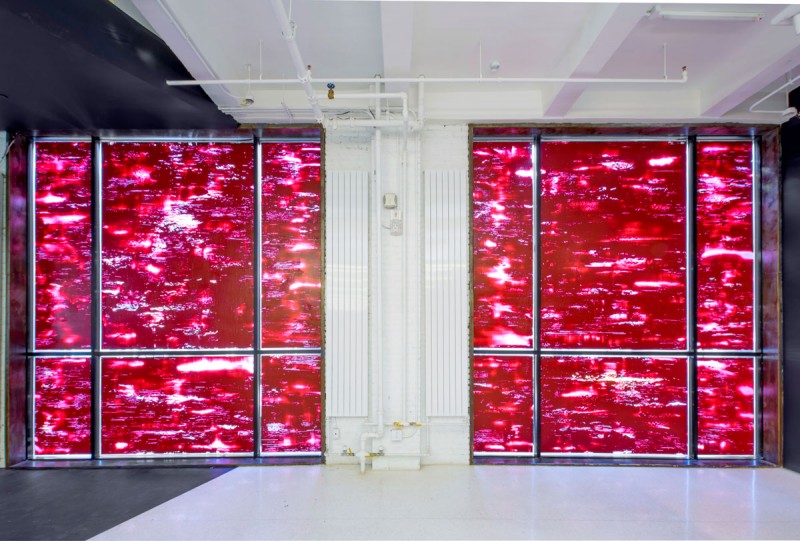 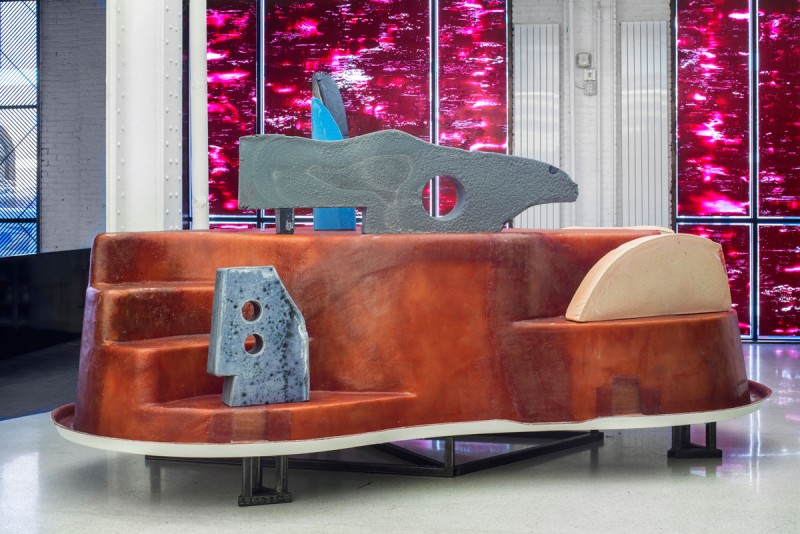 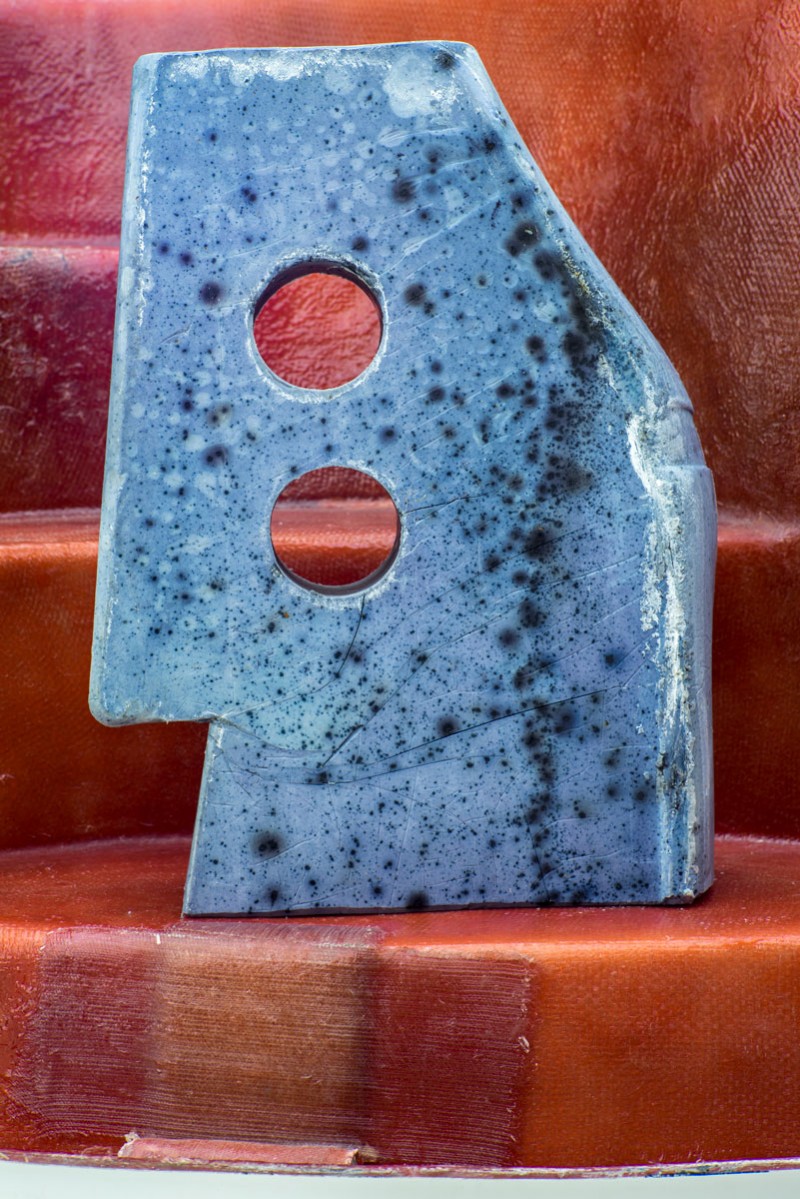 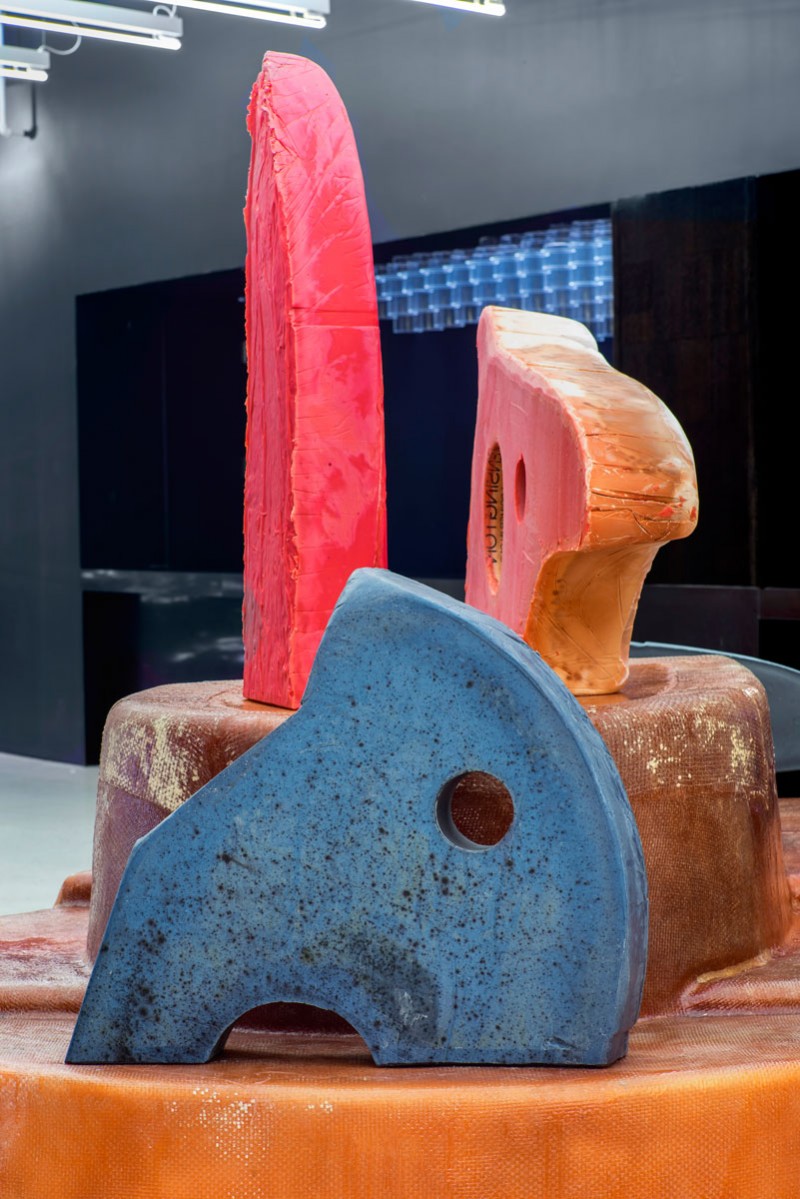 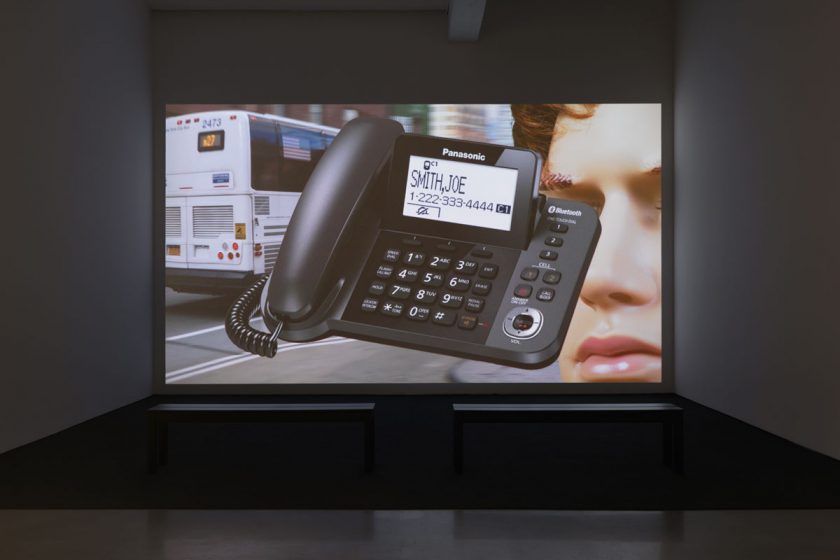 John Miller – The Collapse of Neoliberalism 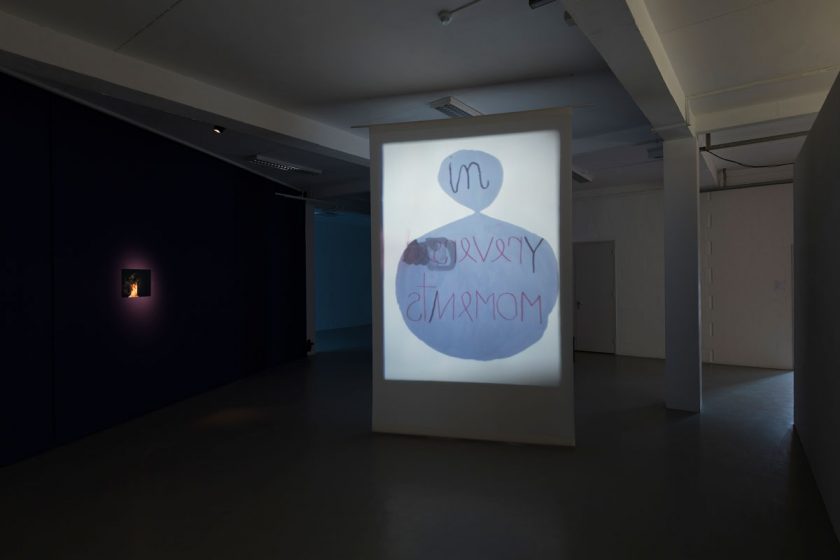 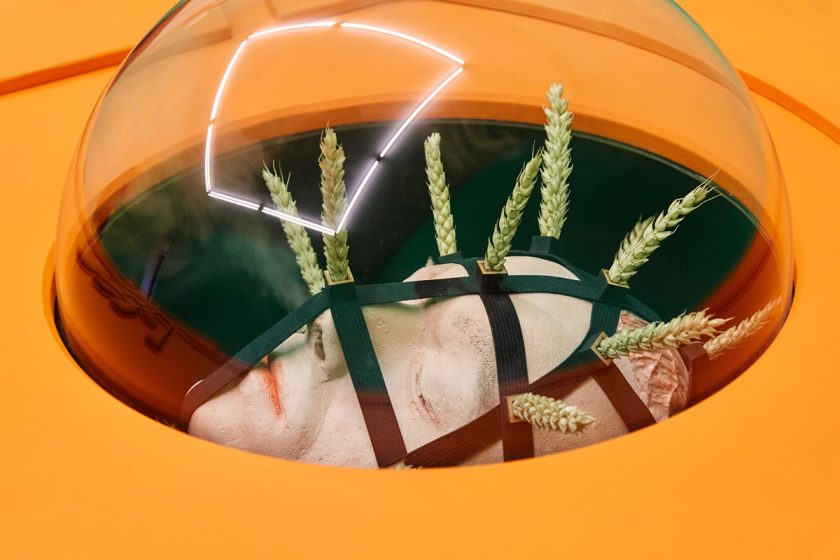 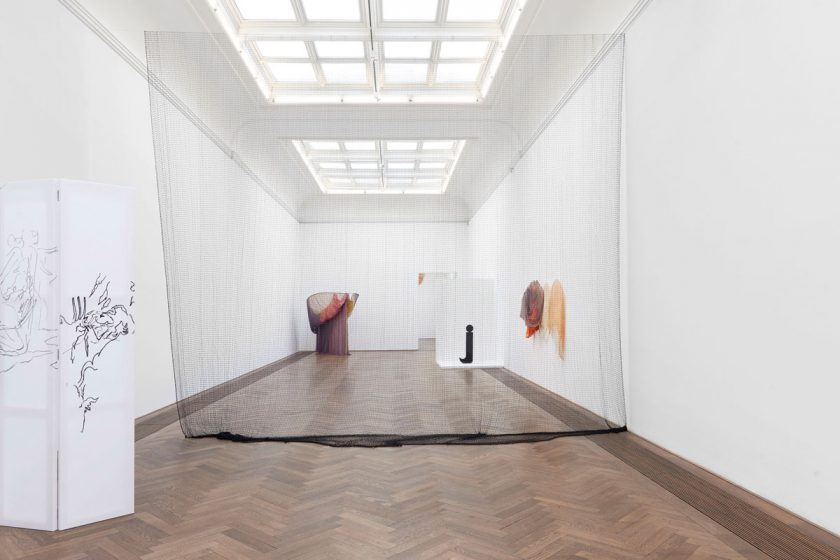