With THE FACULTY OF SENSING – Thinking With, Through, and by Anton Wilhelm Amo, Kunstverein Braunschweig has worked in close cooperation with Bonaventure Soh Bejeng Ndikung to develop a project in honor of Anton Wilhelm Amo, an outstanding philosopher of the 18th century. On the basis of Amo’s writings and their reception, highly topical issues of referentiality, erasure, and canonization will be discussed.

In a 2013 essay The Enlightenment’s ‘Race’ Problem, and Ours for the New York Times’ philosophy page The Stone, Justin E. H. Smith wonders how and why philosophers like Immanuel Kant or David Hume could afford to be so explicitly racist, at a period when a contemporary of theirs Anton Wilhelm Amo was excelling as a philosopher. The explanation for this can be found in processes of erasure in relation to what Michel-Rolph Trouillot has called ‘Silencing the Past’.

Anton Wilhelm Amo (* around 1700 — † after 1753) is considered to be the first Black academic and philosopher in Germany. His work was largely pushed to the margins and rendered obscure. Amo studied philosophy and law in Halle and positioned himself with his dissertations on the mind-body problem (1734) at the University of Wittenberg and Treatise on the Art of Philosophising Soberly and Accurately (1738) as an early thinker of the Enlightenment.

Anton Wilhelm Amo was abducted from the territory of present-day Ghana as an infant, enslaved, and taken via Amsterdam to Wolfenbüttel at the court of Duke Anton Ulrich. It was here that he began his academic career.

As part of the extensive research and exhibition project, 16 international artists and groups were invited to respond to the philosophical thought of Anton Wilhelm Amo in largely newly produced works. Curatorially, the project develops around questions of Amo’s understanding of the thing-in-itself, the discourse of body and soul, the legal status and recognition of Black people in the 18th century and the present time, transcendental homelessness, the politics of naming, and the narrative and history of the Enlightenment.

Via questions on the environment Anton Wilhelm Amo grew up in and spaces that we still share with him today, Akinbode Akinbiyi embarked on a journey through the region to conduct a photographic search for vestigial remains. Adama Delphine Fawundu shares this interest in trans-historical connections, working with water as the connecting element that flows through a spatial installation composed of photographs, videos, and an artists’ book. Following Anton Wilhelm Amo’s theory that it is only the living organic body that can feel and that the soul cannot, Kitso Lynn Lelliott has created a videographic portrait of environments from Amo’s life journey in Ghana and Germany. A second chapter tackles the shortcomings of re-enacting from a position of absence. Starting with targeted interrogations that flank the exhibition’s spatial course, Anna Dasović focuses on the empty spaces and deliberate omissions that have shaped Amo’s biography and perception of his work, questioning thereby the prevailing criteria of canonization.

In another form, RESOLVE Collective too have tackled the aporias, gaps, and contradictions that shaped Amo’s life, philosophical oeuvre, and reception of his work. The resulting project Programming Im/Passivity (2020) attempts to translate Amo’s theoretical positions into sensory and artistic processes, with the observers becoming involved as active participants in a workshop-library environment. A newly developed performance by Bernard Akoi-Jackson runs throughout the exhibition in several stages, with visitors again being invited to relate personally to Amo’s work (postponed).

With a room plan made of barbed tape and treated fabrics, Benisiya Ndawoni II (2020) by Lungiswa Gqunta addresses structural violence, migration, and the forced movement of Black people. Questions of exclusion and everyday discrimination are likewise the starting point for the Olivier Guesselé-Garais poem Their Eyes Were Watching Cop, (2015/2020), here reinterpreted in the form of an installation. Claudia Martínez Garay assembles drawings, prints, and paintings into a visual narrative that links back to heritage, displacement, and racism while also referring back to one-sided definitions of modernity and the problematic relationship of Black and Brown bodies to (cultural) institutions. These are issues that have also motivated Patricia Kaersenhout in her artistic and activist practice for many years. As part of the exhibition, Kaersenhout is showing the series While we were Kings and Queens (2020), in which she examines the trauma of a colonial oppression that stands in flagrant contradiction to the proclaimed ideals of the Enlightenment.

In his multimedia installation Decolonizing Knowledge (2020), Adjani Okpu-Egbe bridges the gap between Amo’s work, person, and a proposed alternative canon developed in collaboration with renowned thinkers, academics, and artists.

Direct connections to Anton Wilhelm Amo’s philosophical writings are also found in new works from Antje Majewski and Theo Eshetu. Majewski’s Die Apatheia der menschlichen Seele (2020) takes individual imaginations of the soul and translates them into painting via Amo’s ideas; Amo himself is able to “speak” via quotations in a video work by Eshetu. That Anton Wilhelm Amo’s history is a special but by no means an isolated case is made clear in the 2009 cyanotype series Good Morning Prussia series by Jean-Ulrick Désert, which recalls the fate of one of Amo’s contemporaries.

On the initiative of architect Konrad Wolf, Kunstverein Braunschweig will itself become the Anton Wilhelm Amo Center (2020) for the duration of the FACULTY OF SENSING – Thinking With, Through, and by Anton Wilhelm Amo exhibition, reflecting during this time on processes of strategic renaming over the course of accompanying workshops with Braunschweig Postkolonial and Tahir Della (Initiative Schwarze Menschen in Deutschland e.V.).

And finally, the performance collective andcompany&Co. will on April 25 show a collaboration created in cooperation with Staatstheater Braunschweig. Black Bismarck revisited (again) takes the Africa Conference as a starting point for tracing the consequences of colonialism.

The exhibition is accompanied by an extensive public program of performances, artist talks, workshops, and discussions. As part of this, a symposium with international scholars and artists will take place on June 19 and 20. The symposium kicks off on June 19, the day of the annual summer party in the garden of the Kunstverein.

A publication will be produced alongside the exhibition THE FACULTY OF SENSING – Thinking With, Through, and by Anton Wilhelm Amo, linking theoretical and artistic contributions to the exhibition and the symposium. 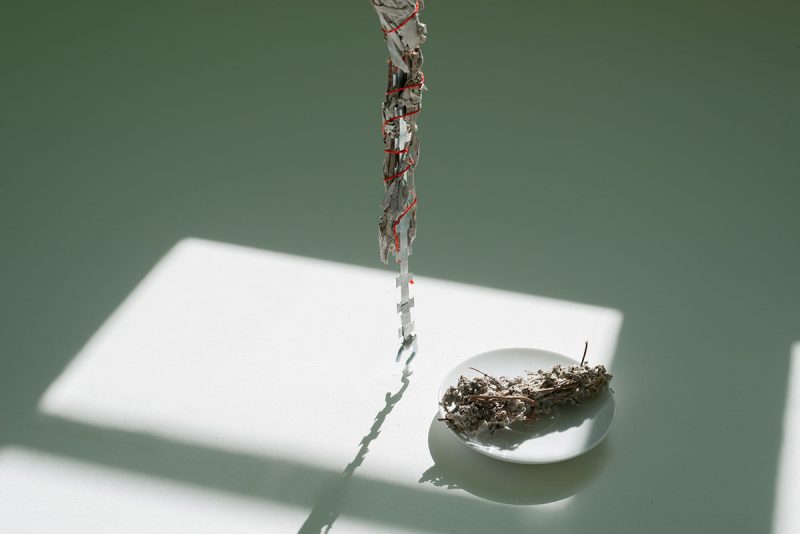 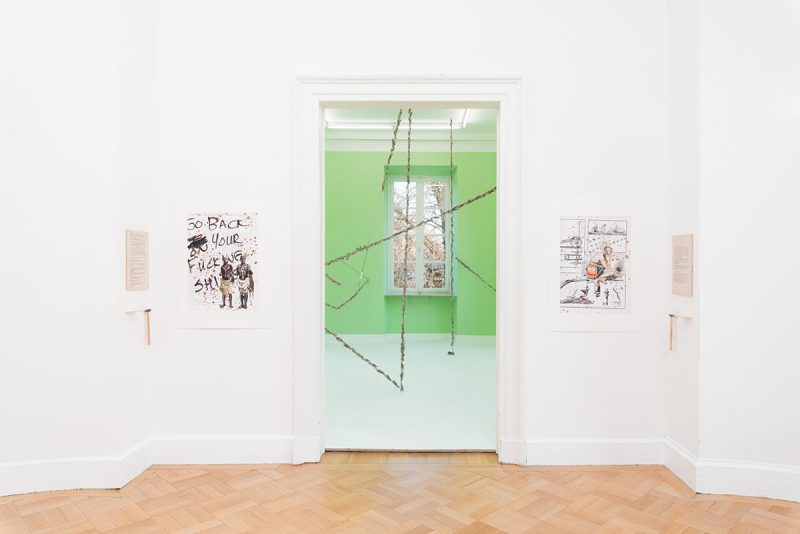 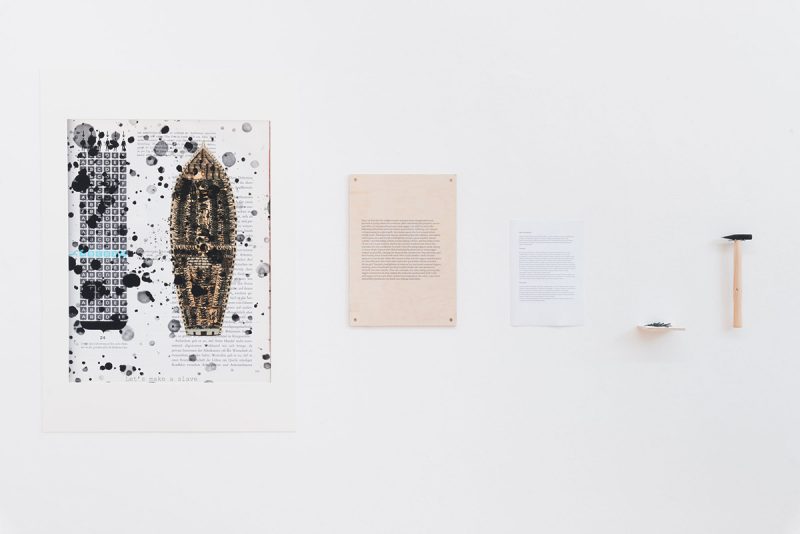 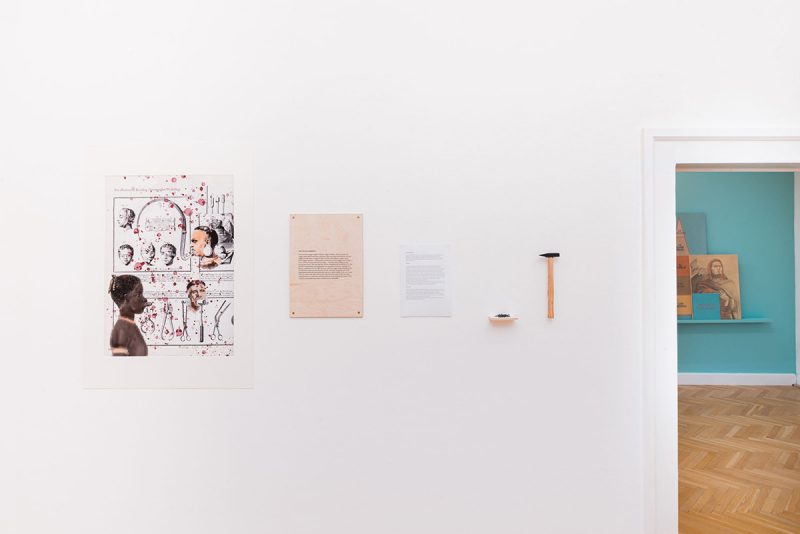 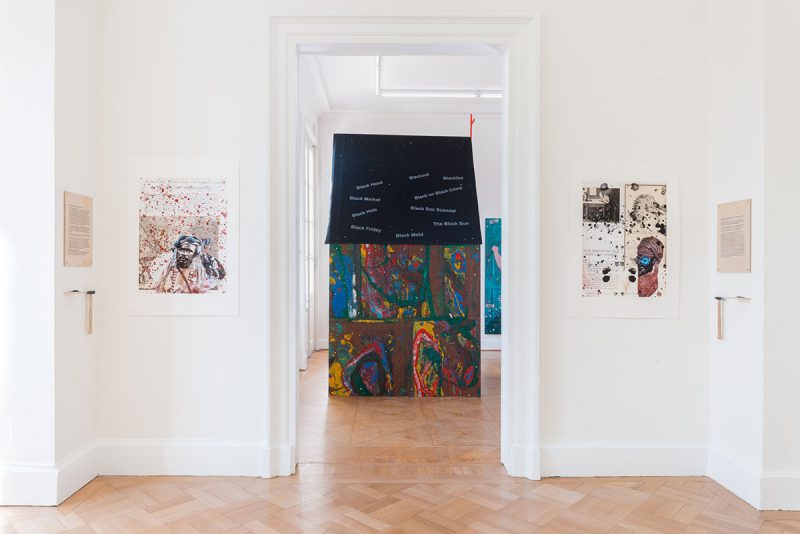 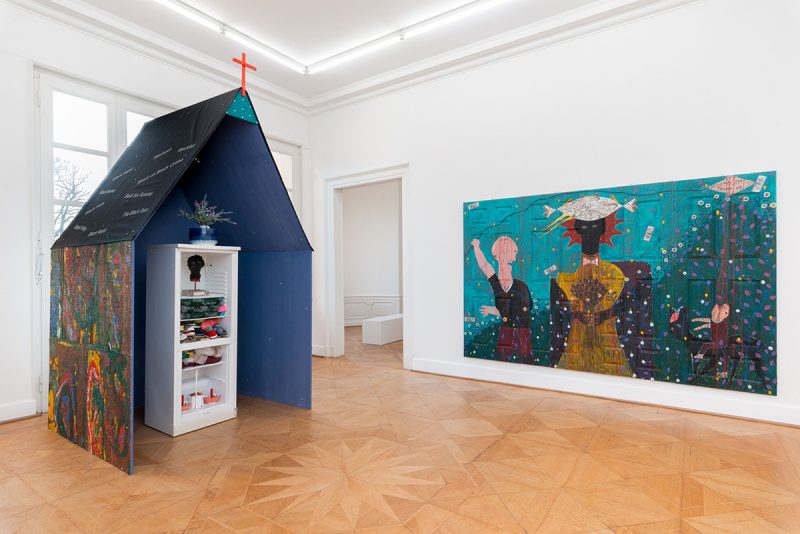 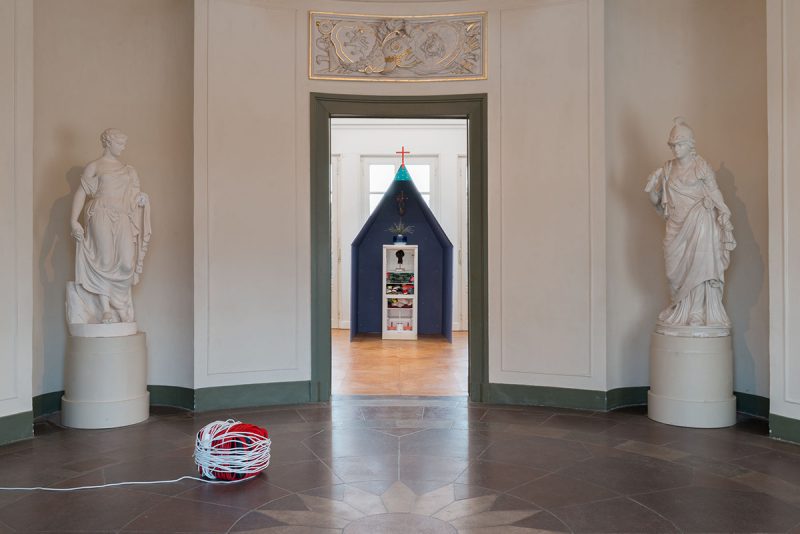 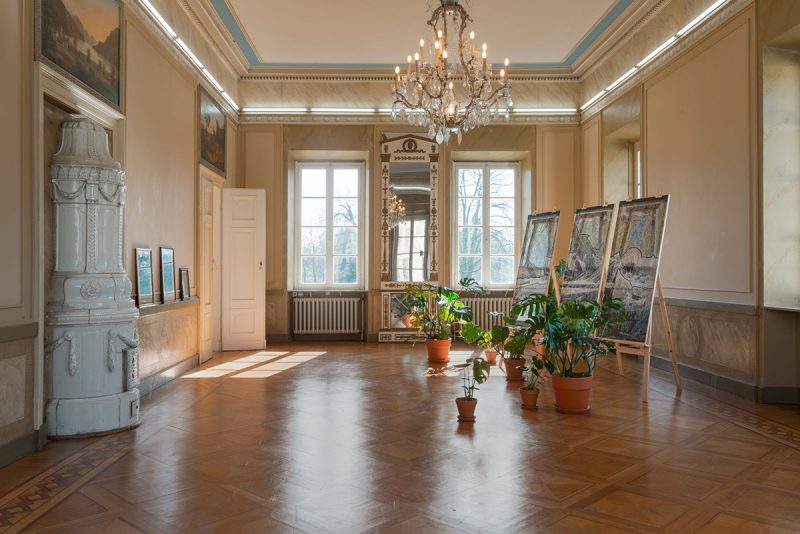 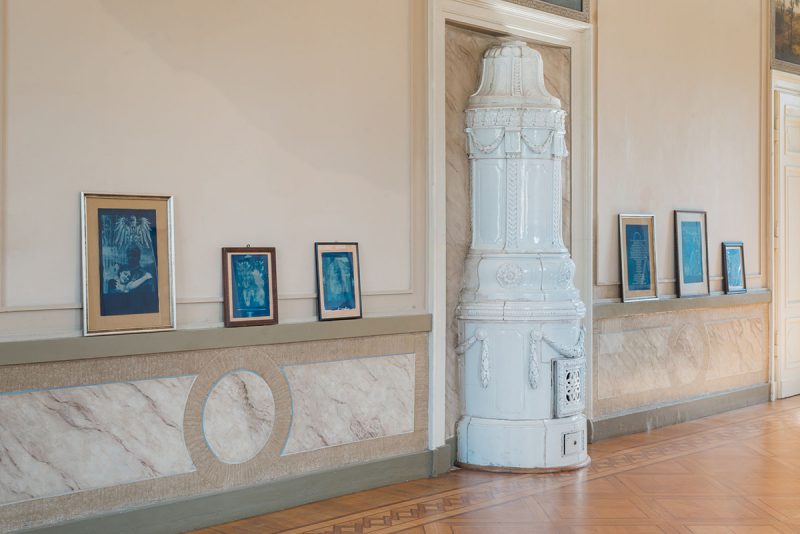 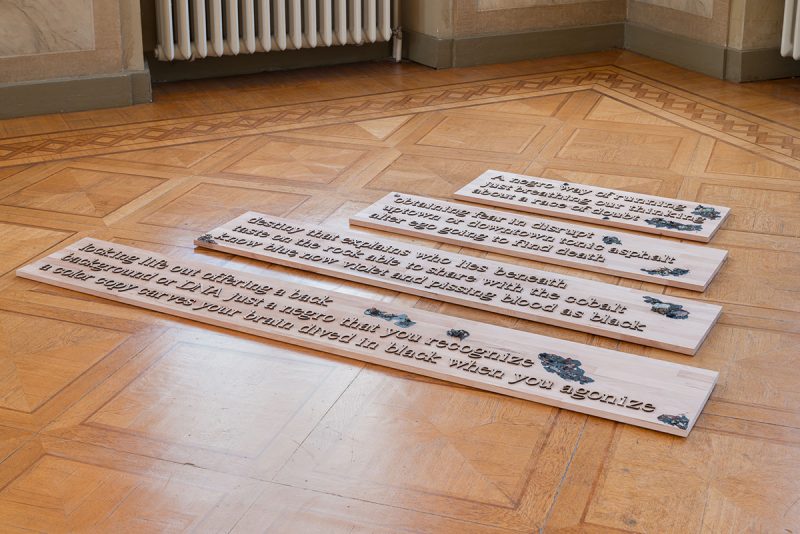 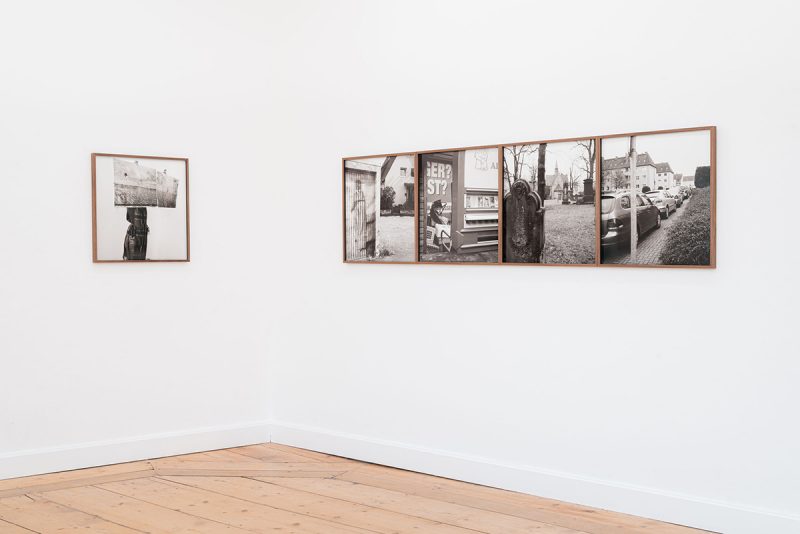 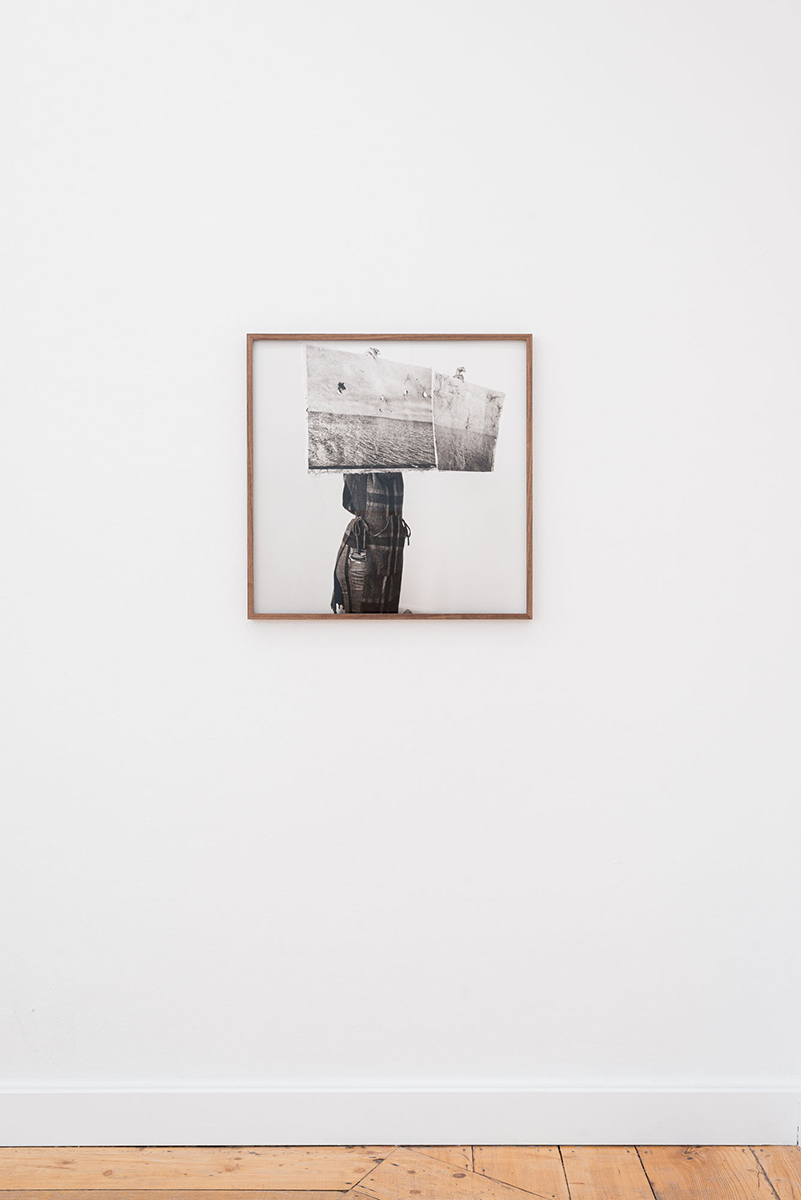 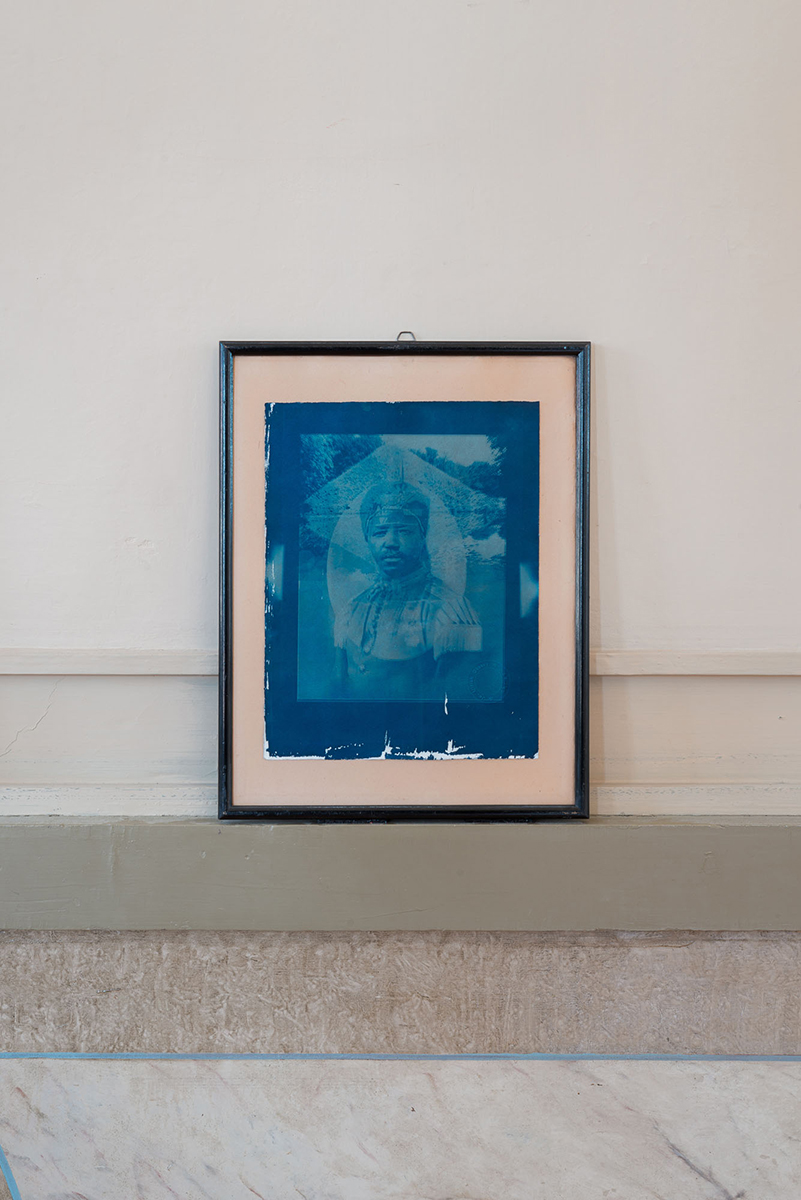 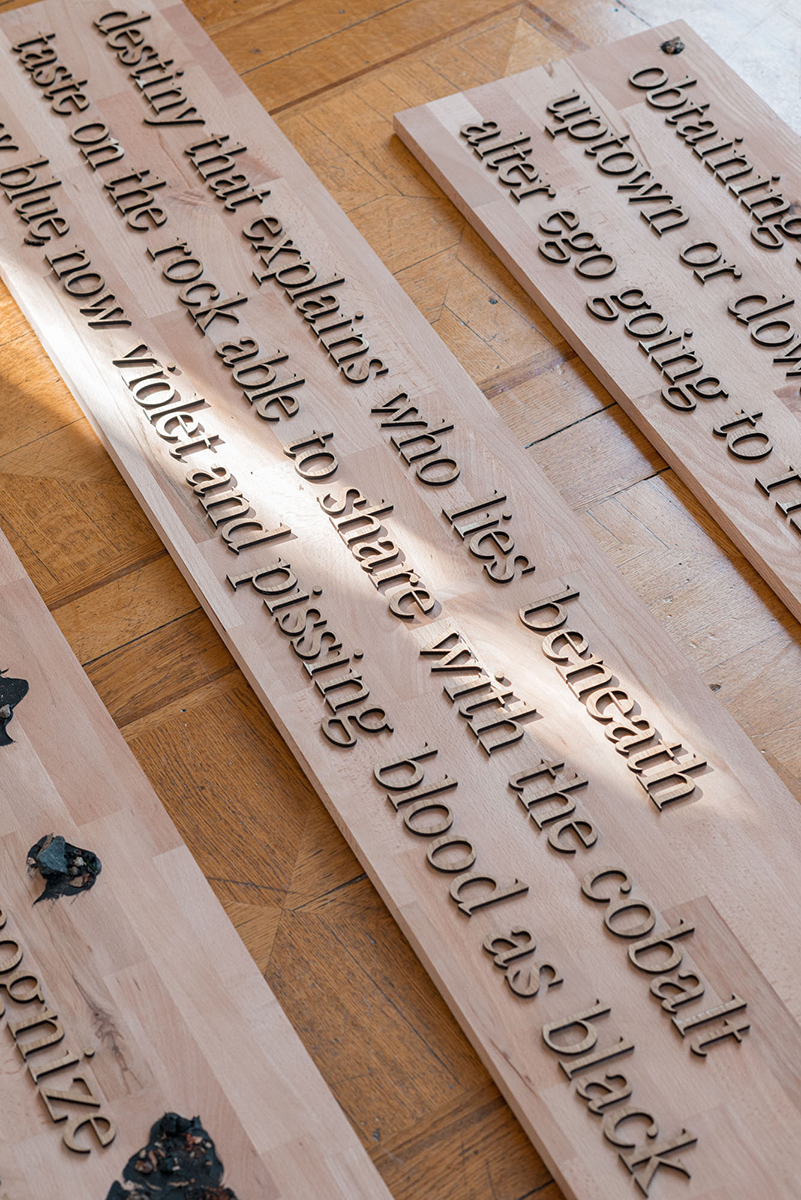 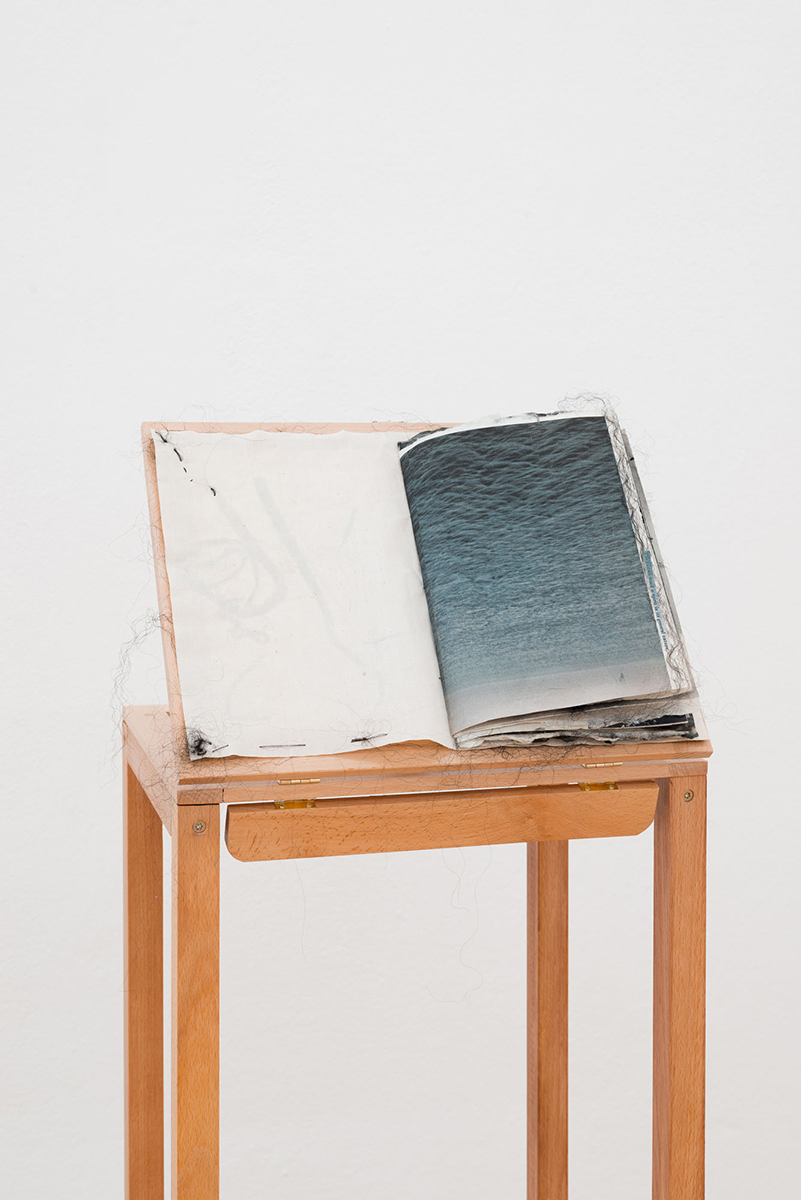 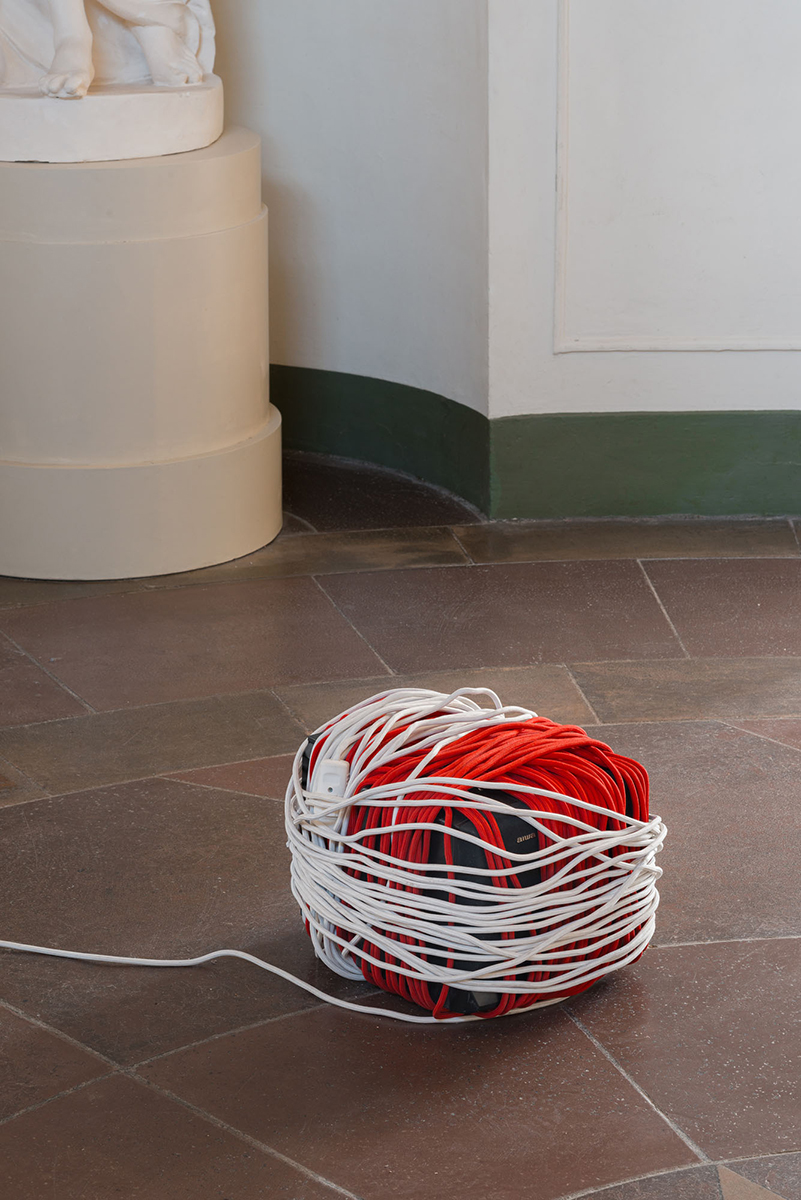 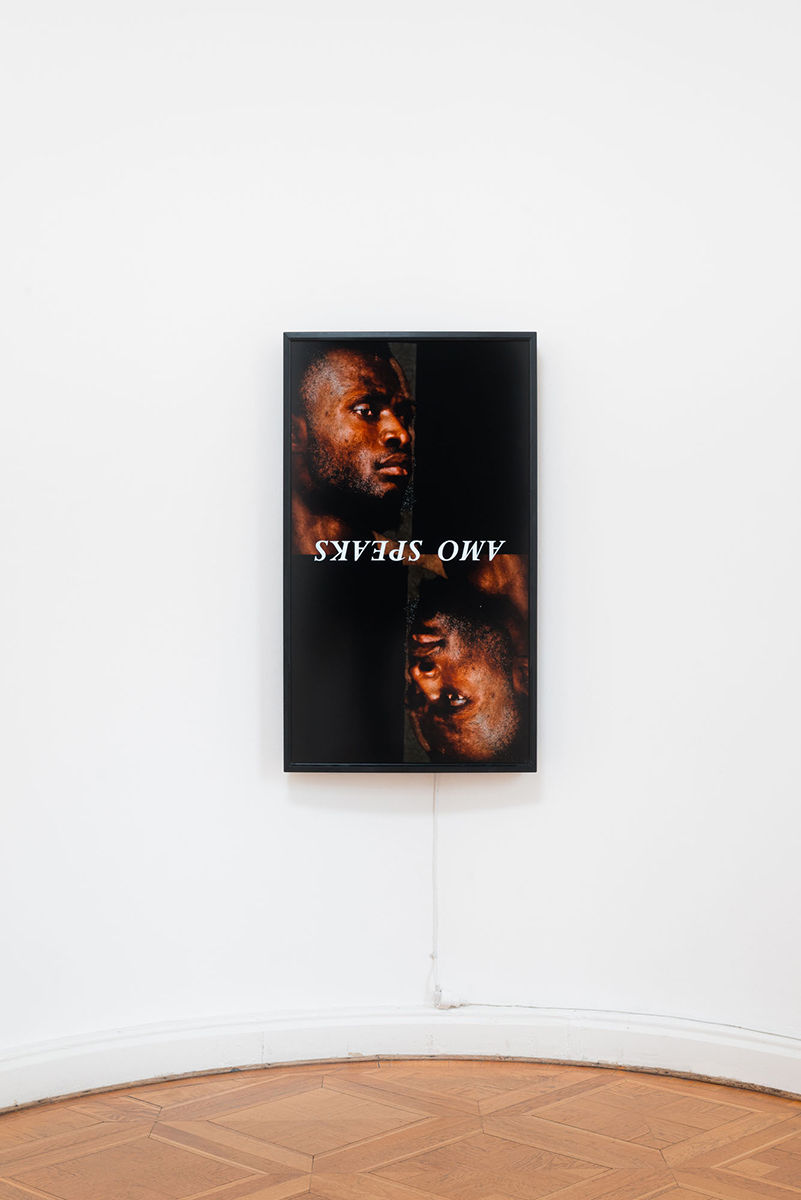 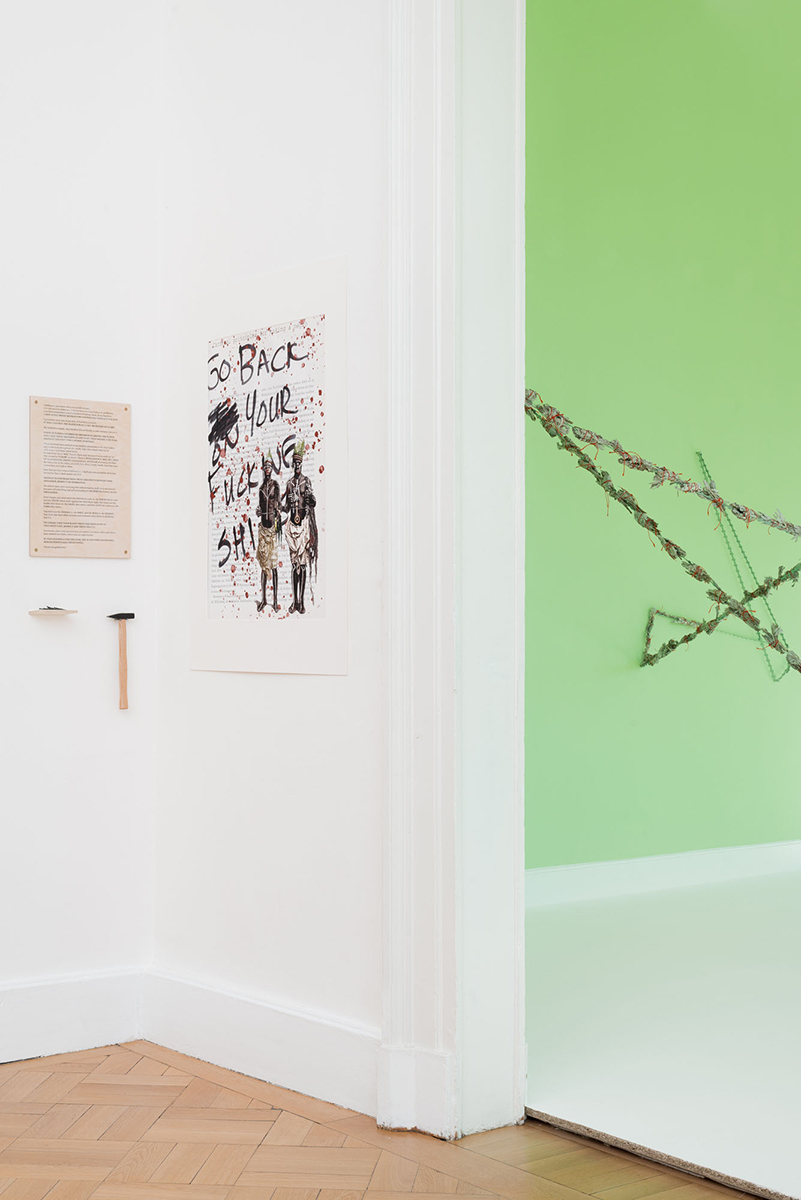 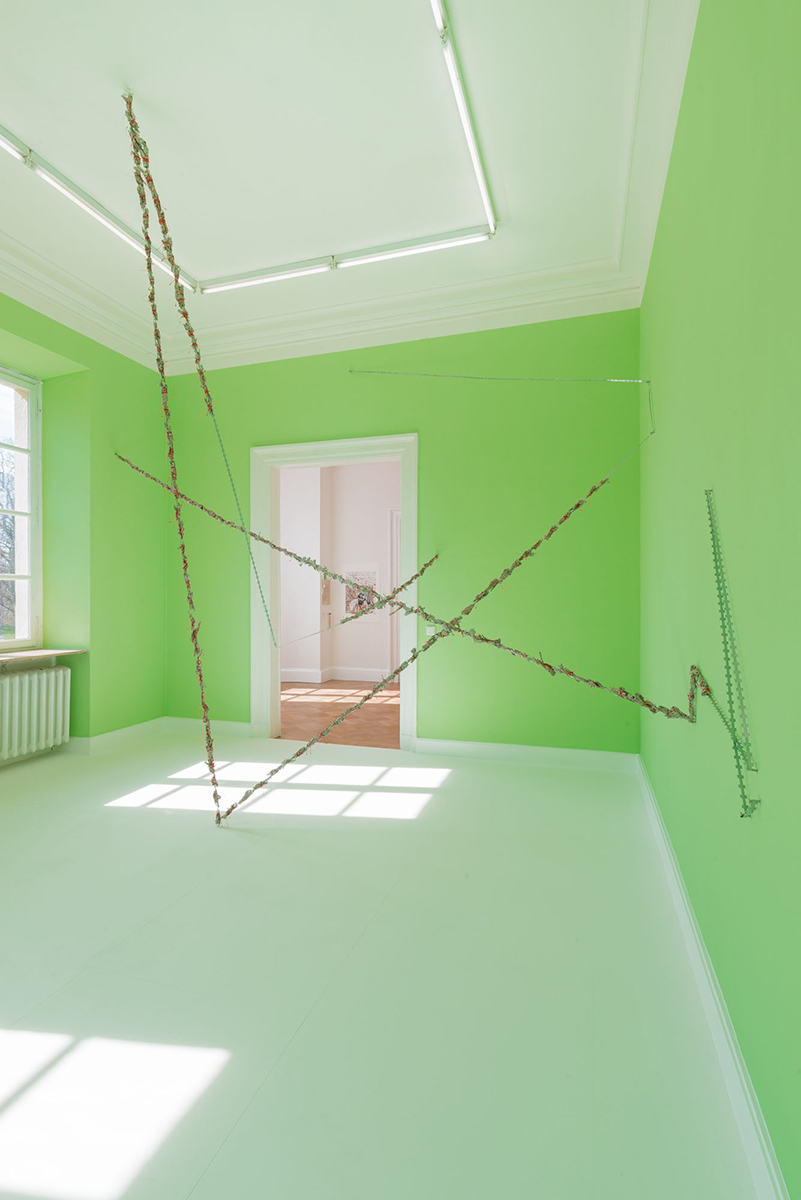 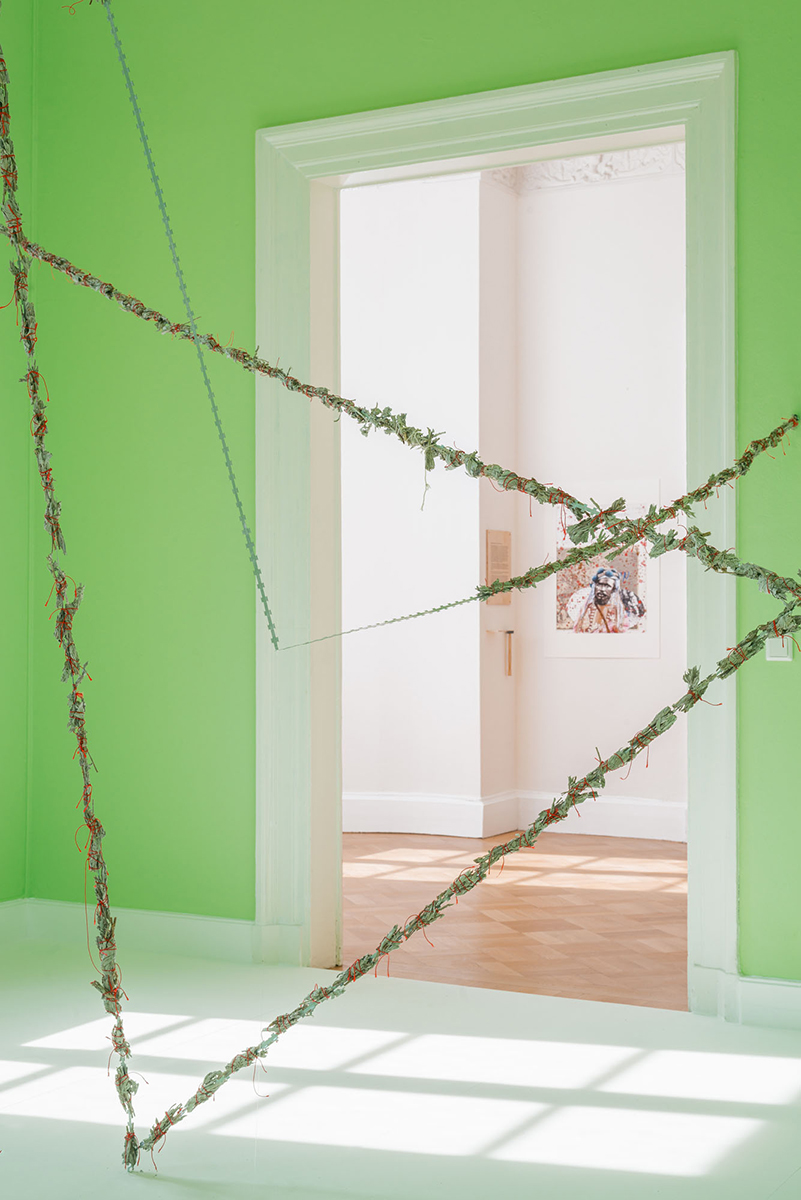