A revisitation of sculpture, an extension of its three dimensionality and attunement to body, context and narrative, is at the heart of Yu Ji’s practice. Her work, that spans installation, video and performance, exists as a series of interventions, both into space and creating it, taking medium and materiality as a starting point. Creating her own language, Yu Ji enlivens her visual sentences with a rich vocabulary rooted in form, objects, humanity and the everyday.

Running throughout Yu Ji’s sculptural work is an acknowledgement of the body. The cast of a limb, the outline of a body part – Yu Ji creates sensitive yet weighty anatomical and amorphous objects that evoke a sense of eery mechanical disengagement, as if an alter human had been created then pilfered. Consider, for example, ‘Altar the Ghost’ (2018), in which, amidst a sea of black sand, there are a series of cast and cast-away objects. Upon closer contemplation, one identifies a hand, a structure that resembles a torso; the tones vary from a warm beige to grey. The titles of each work emphasise the physical and sense of absence, incorporating terms such as ‘flesh’ and ‘ghost’, pointing to a spectral existence. Heightening a sense of tender presence is the permeation of balance: each object is mounted, hooked, reliant upon another element, a visualisation that is emphasised by the incorporation of towering and leaning pillars, each of which have an odd levity given their materials of cement and iron.

This play between depiction, material and weight exists throughout Yu Ji’s practice. Referencing back to the earlier work ‘Green Hair Monster’ (2016), for example, there are a series of sculptures, gilded by a faint dark green moss, hanging from metallic threads. Despite their reference as ‘Still Life’, they rely on gravity to ever so slightly hover, a movement that contrasts with the monumental rootedness of ‘Green Hair Monster 1601’. Similar to ‘Altar the Ghost’, there are a series of contraptions, straps, pushes and pulls, holding the elements together, a tightening of bounds and grip. There is additionally, through the title, the reference to something or someone otherworldly. Quite distinctly, however, one notices an incorporation of living elements: beyond the moss, there is a series of fruits, trapped, wedged, hidden yet on display, existing as punctuations in her sculptural play. As such, Yu Ji mounts a tension between the living and the not, the ad hoc and purposely considered.

A rich sense of texture additionally defines Yu Ji’s works. In the series of pieces created for the Hugo Boss Asia 2017 prize, for example, there is a chief work, ‘Etudes-Lento IV’, composed of metallic chains, that beyond their rust and chandelier-like entanglement, are oozing, dripping, amber muck. As with the moss in ‘Green Hair Monster’, this additional layer has an unctuousness to it that adds a sensual element to the sculpture beyond its visual impact. There is additionally a sense of organic growth, beyond the materials she otherwise uses such as cement and iron, that may typically be used for construction. Tying in with this previously identified notion of abandonment, in the site-specific installation ‘Silver Lake’, there are a series of plastic clear sheets on which black and white images of ruins are imprinted, pulled taut across the room, ironically tugging or resting on contemporary pillars. Emphasising a sense of bygones are a series of torso casts, resting on the floor in a ring of their own rubble. In centre point, there is the film ‘Passage’ (2017) in which she moves through a verdant landscape.

Ultimately, Yu Ji is a rich narrator of complex relationships, between people and things, life and not, presents and bygones. Every object, installation, video is deliberate, mesmeric and subject to a palpable articulation rooted in considerations of material, texture, weight and tone. Encountering Yu Ji’s work is physical and mnemonic, sparking reference points but also urging one to revisit the relationships between space, body and time, reminding each of our own historicity. 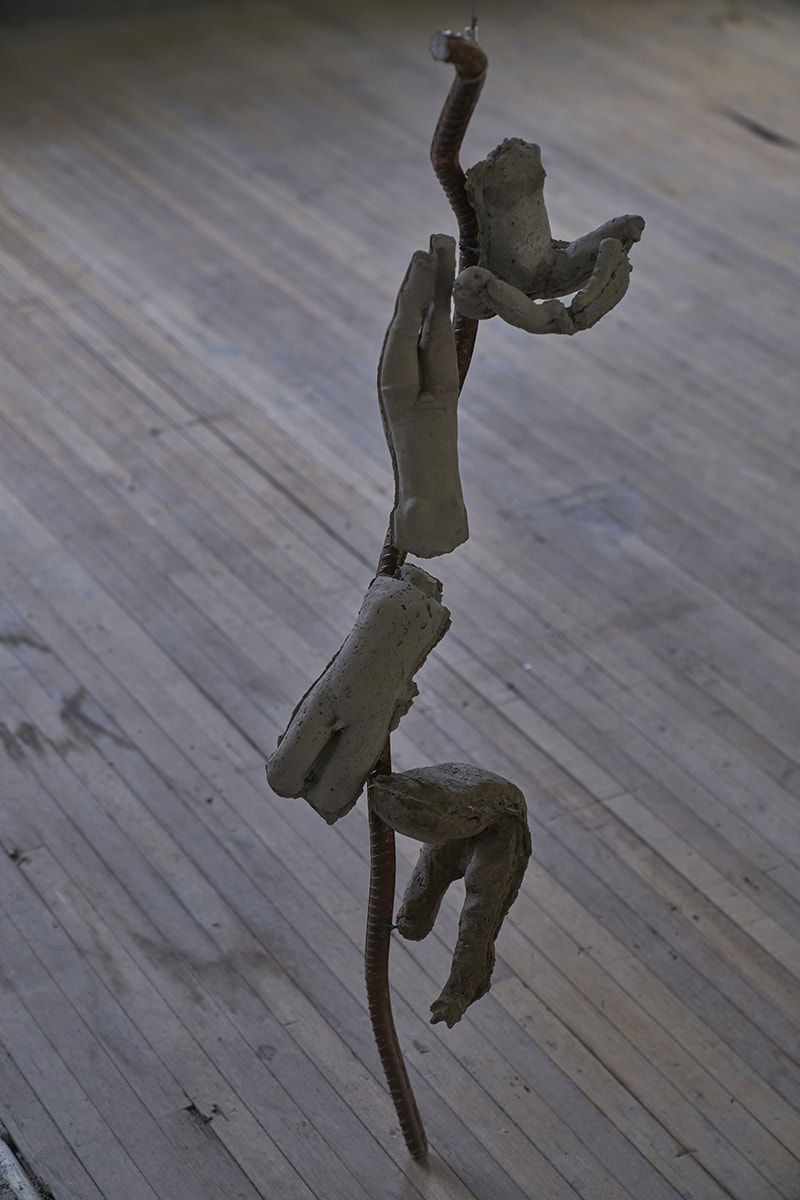 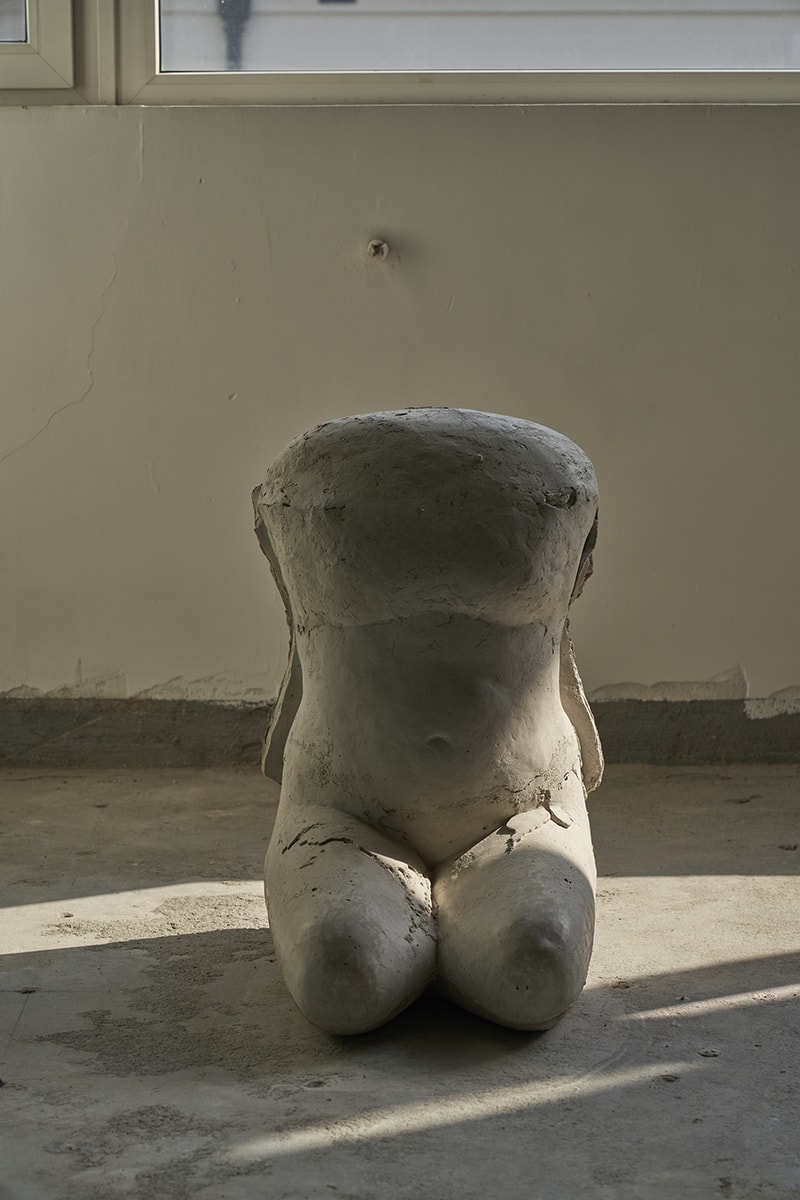 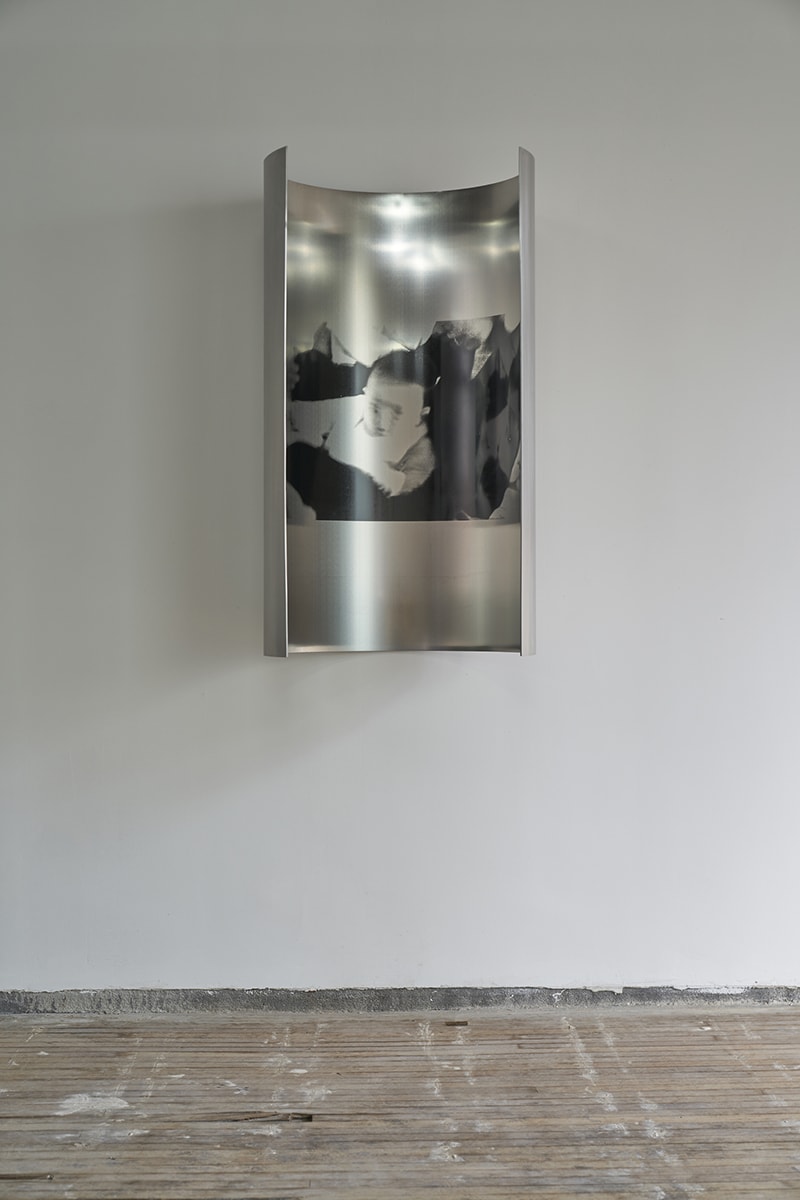