“The sculptures seem to need that initial thing from the real world because I’ve always been concerned with the way you can alter someone’s perception, knock their view of the world off-kilter. And to do that I need to start with something we think we understand. This a lot of the time has been the familiar order of architecture.”

Slipstream was inspired by the exhilarating potential of flight, coupled with the physical aesthetics of aircraft. Constructed in aluminium, the piece aimed to solidify the twisting velocity of a stunt plane manoeuvring through the volume of the new Heathrow terminal 2. At 78 metres long and 77 tons in weight the work was/is positioned between the two terminal walkways, the sculpture provided a unique and striking focal point for passengers, contributing to an exciting airport experience and a landmark sculpture for London.

Turning the Place Over

The work consists of a vast 10 metre diameter ovoid section of the facade of a currently disused building.  This section of facade will be cut free to allow it to rotate. This ovoid section of façade is then mounted on a central spindle, aligned on a specific angle to the building. When at rest the ovoid section of façade would fit flush into the rest of the building. The angled spindle is, however, placed on a set of powerful motorised industrial rollers, and will rotate. As it rotates, the facade will not only become completely inverted but will also oscillate into the building and out into the street, revealing the interior of the building, and only being flush with the building at one point during its rotation. This will create an acute sense of disorientation and even danger for the viewer as the architecture physically encroaches on them.

This work was commissioned by the Liverpool Biennial as a lead work for the Year of Culture in Liverpool 2008. 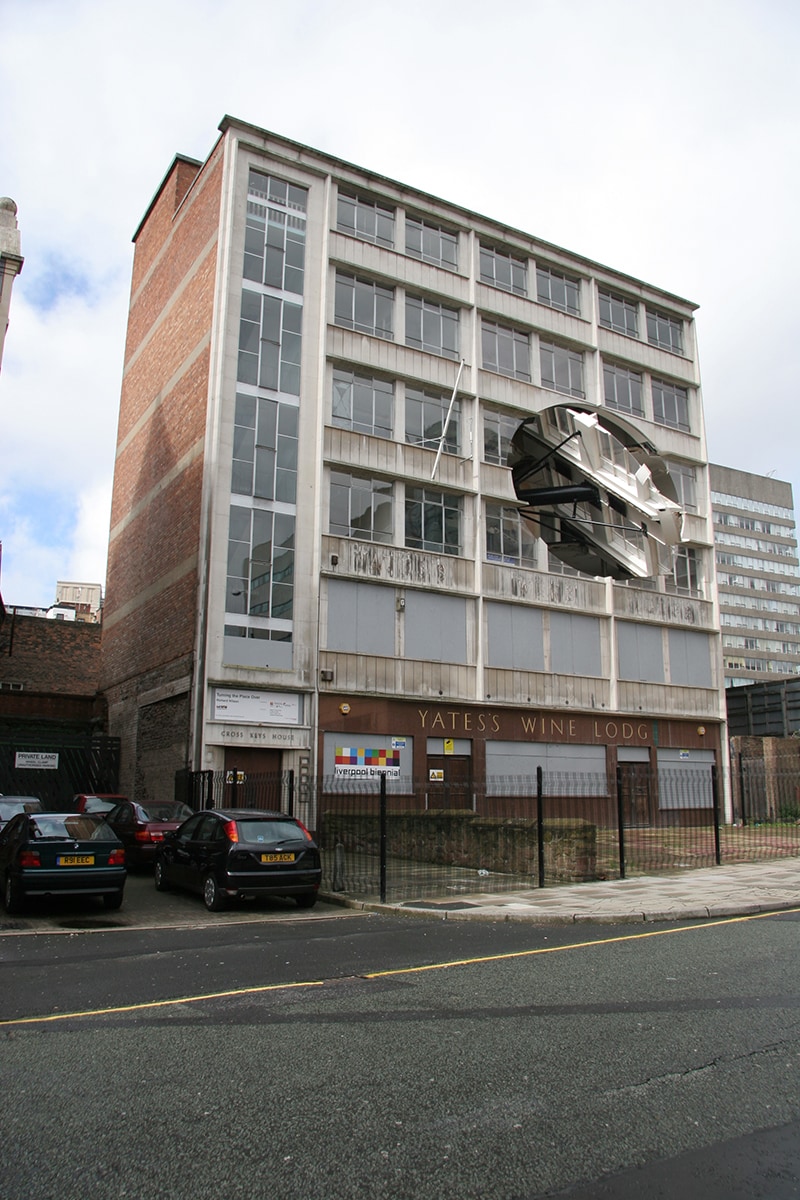 Hang on a minute lads…I’ve got a great idea

Inspired by the final scene of the classic British heist movie The Italian Job,  sculptor Richard Wilson had balanced a full-sized replica coach on the very edge of the roof of the De La Warr Pavilion.  This cinematic moment acted as a flag waving work not just for Bexhill but for the nation as part of the Cultural Olympiad 2012 Festival 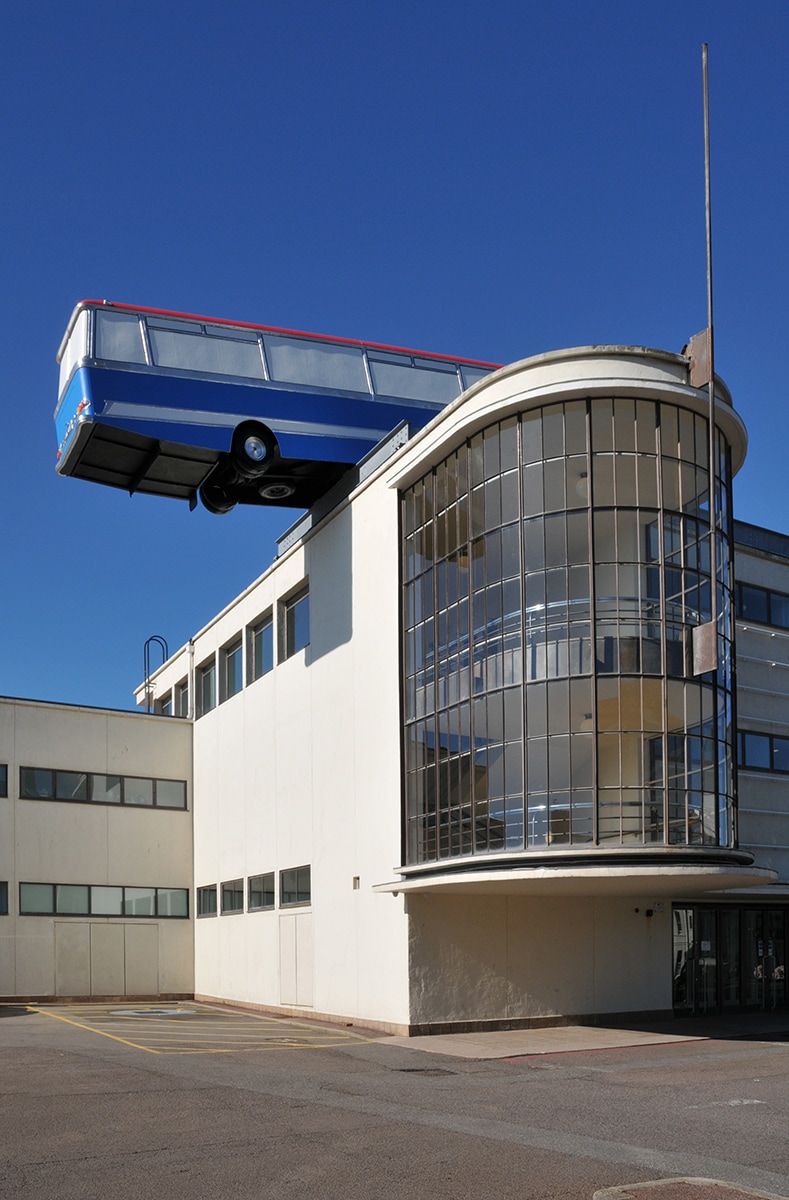 At the corner of Kingsway and Sardinia Street stands a vertical manufactured corner of a building located in the space offset marginally from the chamfered end wall. The sculptures two edges we’re copied from two chosen vertical areas on the existing buildings two sides, but when placed together made no architectural and functional sense other than matching the cornice work and completing the corner.
The base section appears compressed and twisted as if shunted upwards to free up the walkway. 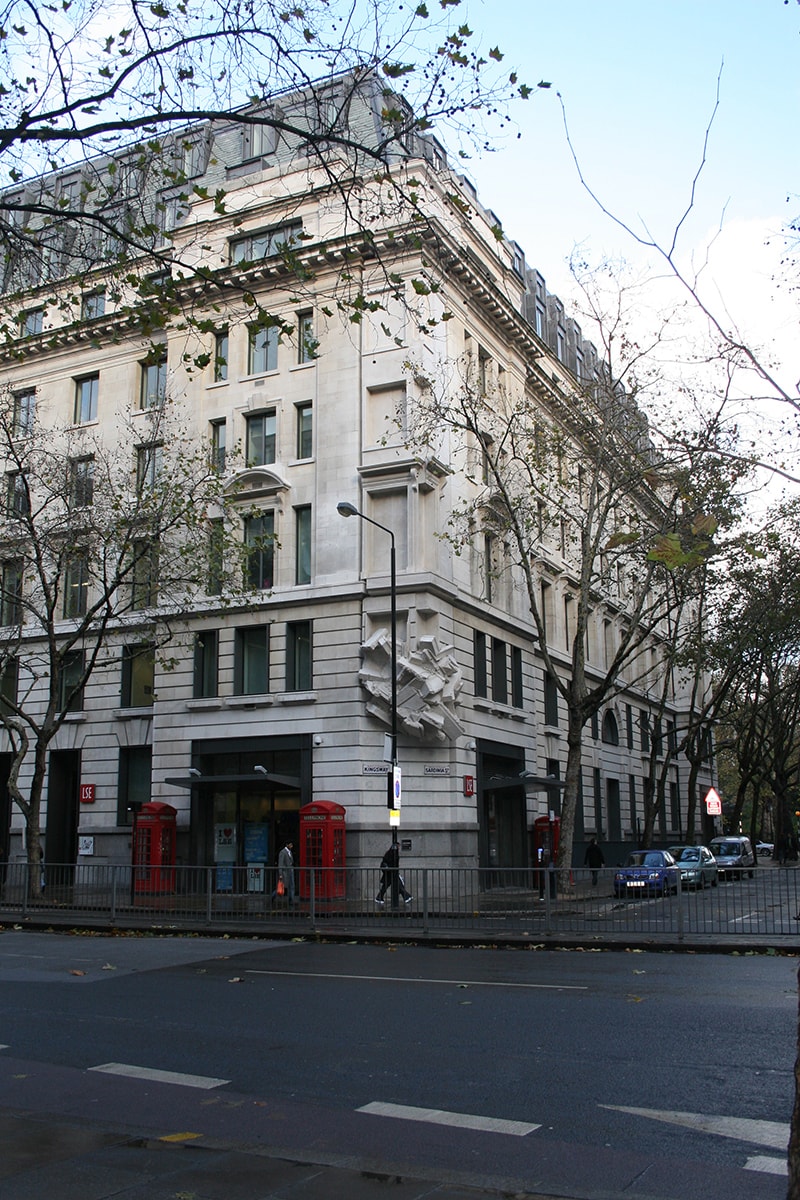