Michael Sailstorfer’s sculptural practice draws upon the kinetic, minimalist and pop traditions of 1960s and 1970s. In his work he re-actualizes these references through everyday or industrial materials, which he de-contextualizes and re-configures to trigger radical shifts in meaning.

All images courtesy the artist and PROYECTOSMONCLOVA

Engagement with the ways in which natural forces are perceived through form and physical space is a frequent hallmark of Sailstorfer’s work. He transforms objects and spaces through light, sound, or smell to reveal their physical boundaries by challenging them and thereby frames his works with a distinctly poetic approach to materials. Frequently these works display an unmistakable whimsy that play on his sense of visual wit. 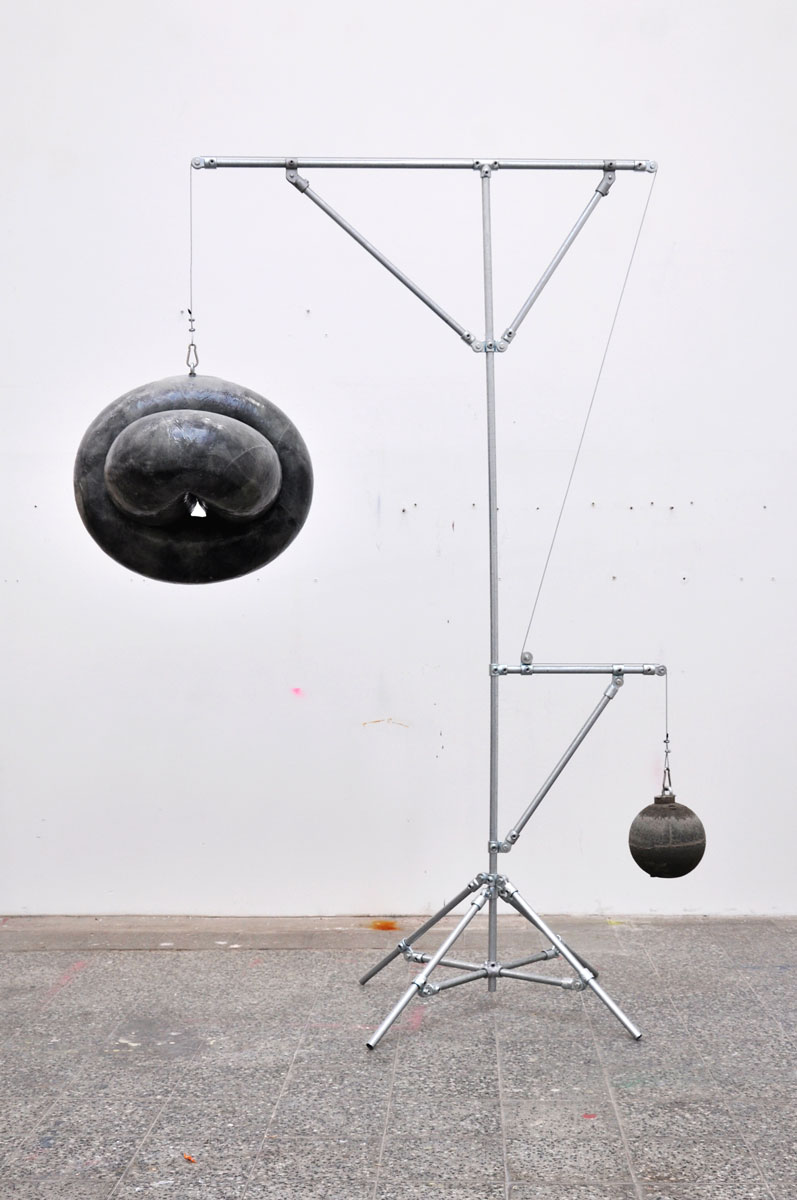