‘My work explores the nature of what we call “art”, the way that it is perceived, judged, and understood. It is an ongoing investigation of the criteria used to produce and circulate images, the power, and limitations of aesthetic speculation, the possibility of redefining it in an ethical way. My works are not roaring tigers, but rather the quicksand that swallowed them down.’

Text Luca Cerizza All images Courtesy by the artist

How can an artwork of a distinctly formalist character, communicate reflections on socio-political issues? Can this language operate as a polemic directed at today’s society, at our function of spectator and citizens, and at the mechanisms of desire and seduction? Can these speculations be combined with an emotional approach to reality?
Massimo Grimaldi attempts to respond to these questions in his practice; he employs a large variety of formal languages, engaging in a critical conceptual exploration of the artist a role model and his status within society. His work is comprised of photography (frequently consisting of digitally processed images that are generated from stereotypical depictions of nature, which the artist finds in magazines or archives), rendered/digital concepts (often permitting for several versions of formal realization), sculpture (base plastic materials are transformed into delicately lithe and elegant objects), pencil drawings (contained in ‘minimalist’ plastic boxes that can function as small-scale showrooms), text-murals (mostly controversial statements on the artist as a role model and art’s general function in society). All these works create a sense of a remarkably cool and detached air that seems to express a virtual emptiness and banality. While Grimaldi’s work refers to an ultra- modern, futurist design aesthetic through the use of gleaming, pristine surfaces with fluid, translucent shapes, it actually conveys a strong emotional charge, one which bears the weight of a discrete, yet persistent desire.
This feeling owes itself to a dichotomy: the diligent, passionate, devoted allegiance to an idea or emotion on the one hand while on the other, the self-conscious acknowledgment of the transience and obsolescence that awaits any of these convictions as an inevitable result of the contaminating forces of time and fashion. Grimaldi maintains a seemingly absolute distance and confines the work to minimal forms which pretend to affirm an ideal of almost clinical, intangible beauty, while he examines the relationships humans have to objects. The artist employs the mechanisms of seduction that inform our lives as consumers, as much as he explores our ambivalence to the violence in entertainment (e.g. his work that presents dramatic images from recent news reports, in a slide show projected onto the latest model of an Apple computer).
Alessandro Rabottini writes in the catalog for the exhibition Dojo, “Grimaldi stages a kind of archeology of desires in the act of becoming.” By anticipating the moment of defeat and grief, Grimaldi makes us rethink the transitory nature of fashion, emotion, and the ideas we adhere so strongly to. The act of feeling and the act of betraying this feeling become muddled.
The analytical coolness assumed by Grimaldi’s aesthetic is bound to his omnipresent emotionality, it is in this uncommon alliance that the artist’s theme is reflected: the degradation of feelings and the melancholy that taint personal and societal relations – affiliations which have been chilled by reality or removed into the realm of stereotypical fantasies. The seemingly detached air of this artwork corresponds to the “natural” as much as the social landscape, one that can hardly be perceived directly anymore, because our understanding of the real increasingly refers to its mediated and filtered representations. Failure is already manifested in the primary appearance of what we have anticipated being perfection.

Massimo Grimaldi, from the Exhibition 'Don’t You Know Who I Am? Art after Identity Politics', 2014, M HKA, Antwerp, Belgium 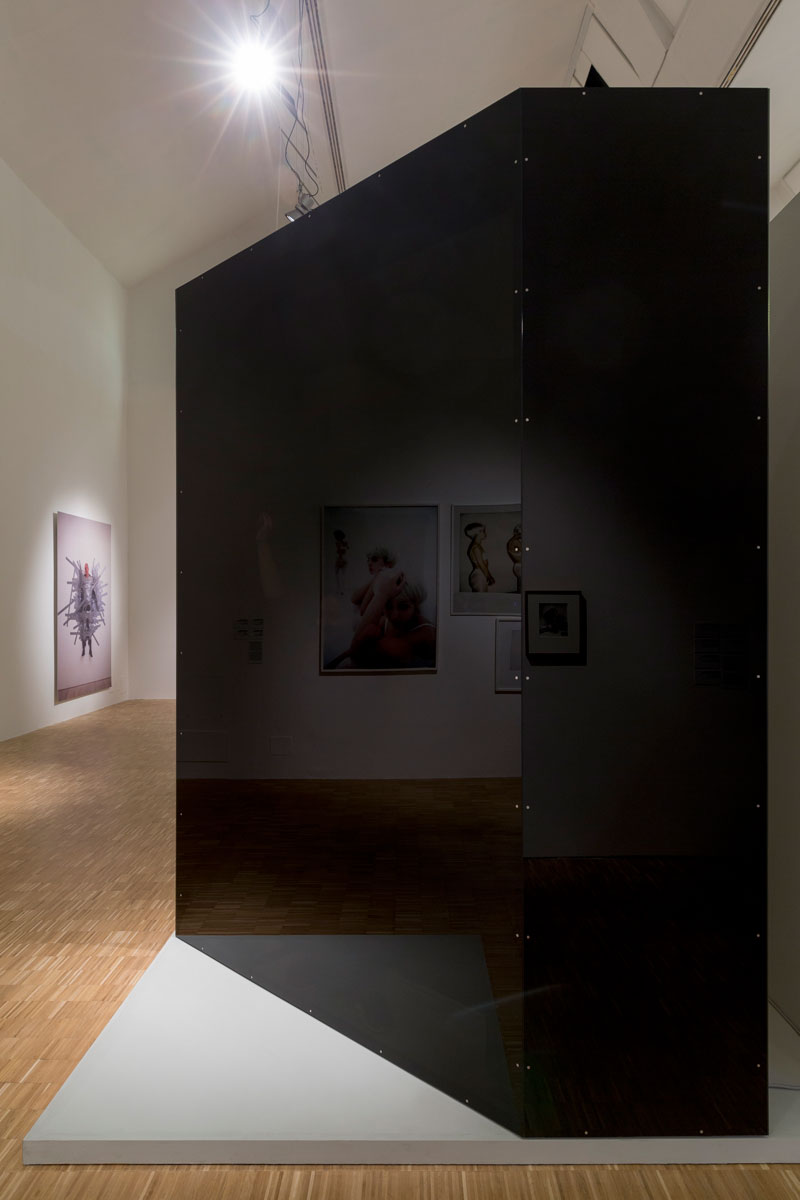